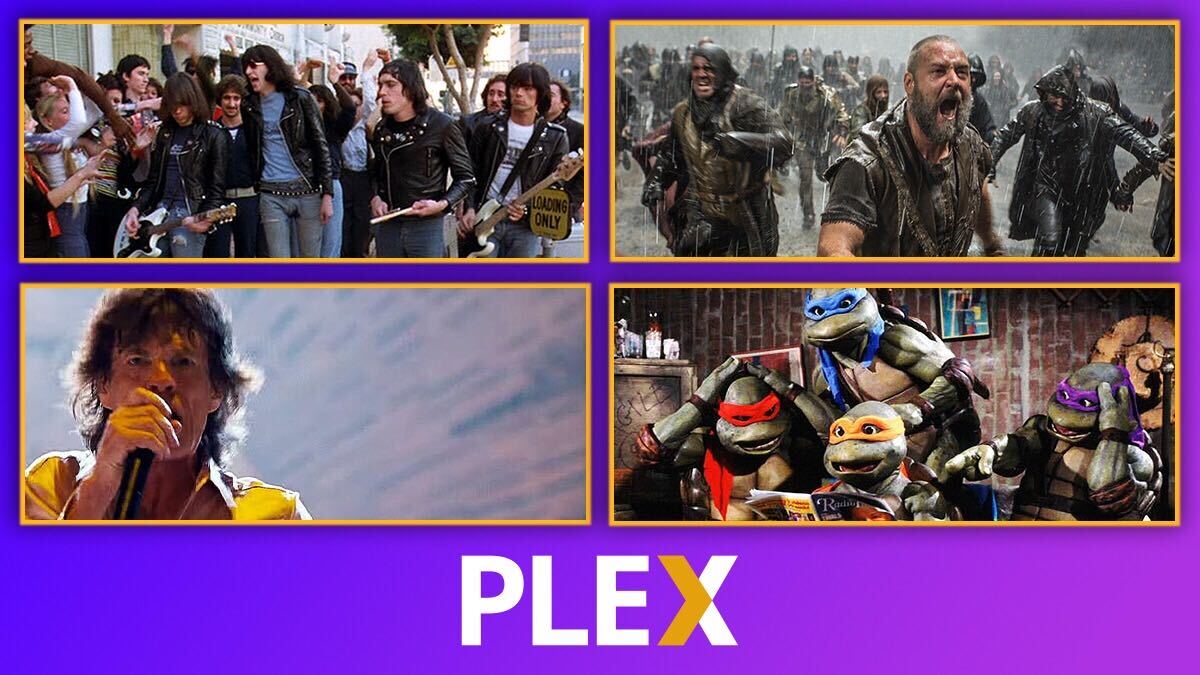 This article is sponsored by Plex. You can download the Free Plex App now by clicking here!

There’s an overwhelming amount of new movies and TV shows hitting streaming services this fall. If you’re starving for new content, it’s set to be a fantastic time, but if your wallet is starving for funds, it can be pretty stressful. With studios and content providers spreading their libraries out across so many different streaming services, keeping up with all of your favorites can get expensive. Thankfully, Plex TV is here to keep you entertained without breaking the bank.

Plex is a globally available one-stop-shop streaming media service offering thousands of free movies and TV shows and hundreds of free-to-stream live TV channels, from the biggest names in entertainment, including Metro Goldwyn Mayer (MGM), Warner Bros. Domestic Television Distribution, Lionsgate, Legendary, AMC, A+E, Crackle, and Reuters. Plex is the only streaming service that lets users manage their personal media alongside a continuously growing library of free third-party entertainment spanning all genres, interests, and mediums including podcasts, music, and more. With a highly customizable interface and smart recommendations based on the media you enjoy, Plex brings its users the best media experience on the planet from any device, anywhere.

Plex releases brand new and beloved titles to its platform monthly and we’ll be here to help you identify the cream of the crop. View Plex TV now for the best free entertainment streaming and check back each month for Den of Geek Critics’ picks!

They’re the world’s most fearsome fightin’ team. They’re heroes in a half-shell and they’re green. I mean, what more do we need to say? 2014’s Teenage Mutant Ninja Turtles is no Citizen Kane, but comic book movie fans flock to it like the four titular turtles to pizza. The film knows exactly what it is, providing cheesy one-liners, silly action, and unpretentious fun. Throwing in Will Arnett as a sidekick for April O’Neil was an inspired choice that paid dividends in laughs and whoever tapped Tony Shaloub to voice Splinter should get a pay raise. Produced by Nickelodeon Pictures, Teenage Mutant Ninja Turtles wasn’t only the highest grossing film in the series, but also the highest grossing Nickelodeon film of all-time. This reboot of the classic ninja team helped spawn further films, new TV series, and a renewed interest in one of the most beloved comic book properties ever. Cowabunga, dude!

This isn’t your Sunday School’s Noah. Darren Aronofsky’s adaptation of the story of the biblical figure Noah is an awe-inspiring epic that takes the bones of the famous story and infuses themes about environmentalism, self-doubt, and yes, faith. Pulling liberally from texts like the Book of Enoch, the film has far more action than just leading animals onto a boat and a storm. Shot by Matthew Libatique, the movie looks absolutely gorgeous and at times can be genuinely breath-taking, but it’s not just about the visuals. Russell Crowe stuns in the title role, but the entire ensemble is great, including a post-Potter Emma Watson and a ferocious Ray Winstone. No one expected Noah to be more akin to a thought-provoking art house film than a straight-forward epic, but that’s the sort of genius you get from Aronofsky, one of the most exciting and inventive filmmakers working today.

Even if we hadn’t just lost the immortal, suave Charlie Watts, the heartbeat of rock and roll’s longest institution, The Rolling Stones, we’d still be recommending Martin Scorsese’s Shine a Light. Capturing the legendary band during their A Bigger Bang Tour in 2006, Scorsese spends a lot of the time rightfully focusing on Watts. With the camera fixated on Watts, you witness his unflappability; the way that he can make such raucous playing look so effortless. You also catch the man’s unique, jazz-influenced technique, like how he rarely hits the center of his snare, or how he changes his grip whenever he hits a cymbal. Even in their old age, the Stones are still one of the tightest, most electrifying live acts, and Shine a Light puts you right on stage with them as they barrel through one of the deepest catalogs in recorded music. It’s simply a masterful concert film.

Sofia Coppola likely has to deal with accusations about nepotism to this day, but anyone who saw her directorial debut The Virgin Suicides knows that Francis’ daughter would have made it as a filmmaker even without her famous last name. This haunting adaptation of Jeffrey Eugenides’ novel of the same name taps into the melancholy of childhood, the dreamlike haze of memory, and the mystery that lurks inside suburban homes. Coppola expertly captures the pull that an ethereal group of sisters have on the imaginative group of boys that pine for them in a way that is relatable for anyone that had an unrequited crush in high school. As a coming-of-age movie, it is one of a kind. As an exploration of trauma and grief, it is crushingly effective. The original score by the band Air only adds to its hypnagogic vibe.

Punk rock music and Roger Corman pictures are some of the core tenants that Den of Geek was founded on, so of course we’re going to recommend 1979’s Rock ‘n’ Roll High School, which features possibly the coolest band of all-time, The Ramones. Let our resident punk rock movie expert Jim Knipfel break it down for you:

“After producing so many dozens of teen rebellion films over the years, Corman finally hit the pinnacle, the ultimate teen rebellion picture, with the cartoon antics ratcheted up more than a few notches. There are so many bad jokes flying around, so many visual gags and film references packed into every scene, so many overwrought teen film clichés pushed way past absurd, it’s a film that demands multiple viewings. Even if “Riff Randall, rock ’n’ roller” (P.J. Soles) doesn’t look much like any punk chick I ever knew, I’m perfectly willing to accept it. And in historical terms, it really was this film more than the 4 albums they had out at the time that spread the word about The Ramones to mainstream America, and that’s worth something. Old as I am I still get a thrill every time the students and the Ramones blow up Vince Lombardi High, and anyone who doesn’t must be wrong in the head somehow.”

Why Diablo Immortal May Already Be Doomed
The Boys Season 3: How That Imagine Video Came Together
How The Superman & Lois Season 2 Finale Sets Up Season 3
The Secrets of DC’s New Black Adam
Superman & Lois’ Place in the Arrowverse Revealed