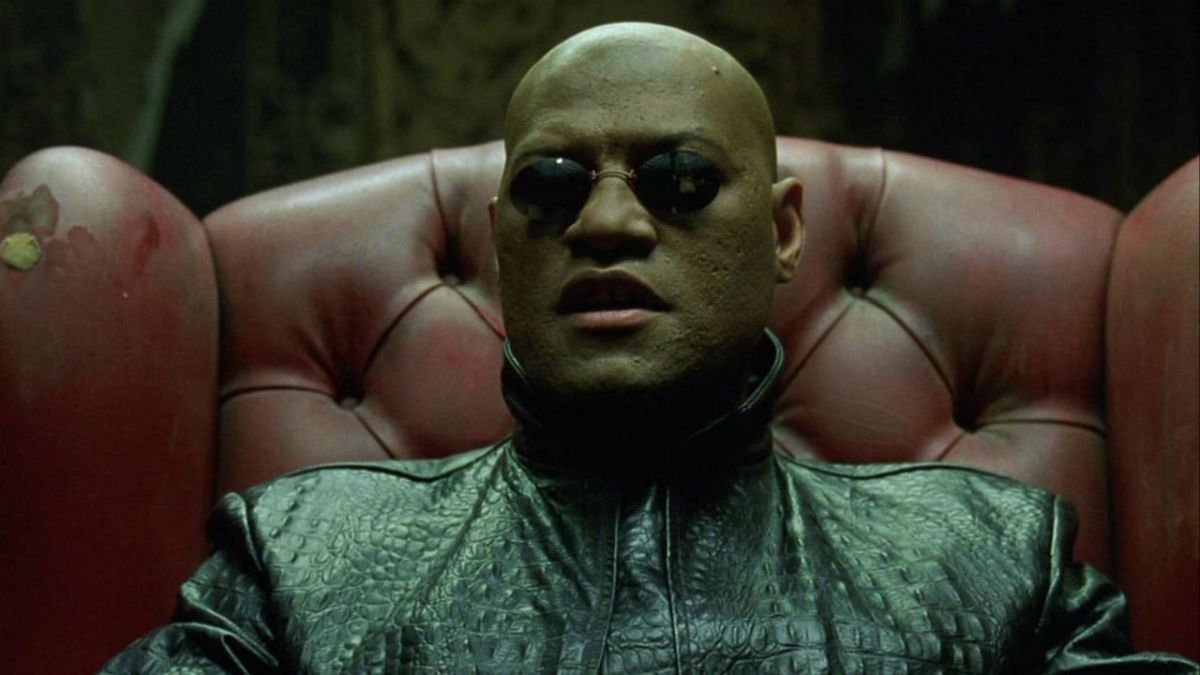 What the hell is going on with Morpheus? That’s the question on fans’ minds after spending the last day trying to decipher all of the new Matrix Resurrections teasers released by Warner Bros. If you go to WhatIsTheMatrix.com right now, you’ll be asked to make a choice: the red pill or the blue pill. Choosing the red pill freed Neo from the simulation in 1999, and if you make the same choice on the fan site, you’ll be treated to one of several teasers depending on the time of the day. According to EW, there are 180,000 variations of the video.

While the full trailer will hit the internet on Thursday at 9 am ET, the teasers contain snippets of footage from the new movie, including our first looks at Neo and Trinity as well as Jessica Henwick and Jonathan Groff’s characters. But most importantly, the teasers introduce Yahya Abdul-Mateen II’s mystery man, a character who looks and sounds a lot like Morpheus…

“This is the moment for you to show us what is real. Right now you believe it’s…” says Abdul-Mateen in the teaser, reciting the time at which you’re watching the video. “…but that couldn’t be further from the truth. Could be this is the first day of the rest of your life, but if you want it, you gotta fight for it.”

The teasers are accompanied by a few shots of Abdul-Mateen’s character, who looks every bit like Morpheus, but there are also several scenes that suggest…well, that this couldn’t be further from the truth. But before we jump into some of the images, you might be wondering why it’s Abdul-Mateen who seemingly filling the Morpheus role and not Laurence Fishburne. As revealed by Fishburne himself last year, he wasn’t invited back to reprise his iconic role despite Keanu Reeves and Carrie-Anne Moss being tapped to return, along with Jada Pinkett Smith as Niobe, Lambert Wilson as The Merovingian, and Daniel Bernhardt as Agent Johnson.

Since Abdul-Mateen was cast, rumors have persisted that he’s playing a younger Morpheus, which seems to be confirmed by the teasers, but, again, things might not be as they seem. Follow me down the rabbit hole…

The first shot we see in the teaser for the Abdul-Mateen character shows him staring at himself in the mirror, condensation on the glass made to resemble Matrix code (“digital rain”) over the mystery man’s face. He looks intently into the mirror, as if examining himself, perhaps a little surprised at his own appearance? In other teasers, we watch Neo take blue pills in front of a mirror but his reflection isn’t right at all — looking back at Reeves is a much older man. In yet other snippets, we watch hands reaching through mirrors, like when Neo touched the liquid glass in the first movie just before waking up in the real world.

So what’s going on here? The green hue of the scene confirms this is Abdul-Mateen inside of the simulation, so why does he look slightly surprised by his residual self-image? Is this movie somehow a continuation of Neo and Trinity’s story but also a Morpheus origin story? Is this the face of a man only just starting to learn the truth?

Well, that doesn’t really seem to be the case.

When this movie is set may not be as important as what version of the Matrix this movie takes place in. I theorized in an earlier article that The Matrix Resurrections could be covering a different version of the simulation altogether, one where some events happen as they did in the original trilogy but where there are big alterations, too. As the Architect once told Neo in The Matrix Reloaded, the Machines have created several versions of the simulation, tweaking things as needed to improve the program and make humanity more subservient. It’s an endless loop that has seen the heroes try to save Zion from the Machines several times before.

We learned from the Architect that the One’s role isn’t just a prophecy, an event foretold by the Oracle, but a role designed by the Machines to solve an anomaly within the program. In essence, the One’s role is to reset the Matrix and start the clock again until the next “final battle.” But as we know from The Matrix Revolutions, Neo and his friends found a way to change things, to save Zion from being destroyed and give other plugged-in humans the chance to leave the simulation if they chose to. Most importantly, there was finally peace.

But just how long did that peace last? The title “Resurrections” suggests that a new version of the Matrix has been brought online, which would explain why events from the first movie are happening again but in slightly different ways.

For example, in the picture above, an older Neo is back in the sparring program with “Morpheus,” undoubtedly practicing their kung fu and jiu-jitsu. The dojo looks familiar but this time Neo wears black while Adbul-Mateen is clad in a red gi. This shot also happens to be the best evidence that, yes, Abdul-Mateen plays Morpheus and that he will guide Neo on this new adventure.

Things get more complicated, though…

Later in the teasers, you see what looks like an Agent chasing our heroes down hallways that look kind of similar to the ones Neo ran through in the original film, just before his death and resurrection in the third act. But this time, it’s Henwick’s blue-haired badass dodging bullets while Abdul-Mateen can be seen running ahead, wearing sunglasses that don’t really look anything like the ones worn by Fishburne’s Morpheus in the original trilogy. (It does almost look like he’s wearing a second pair of glasses over his more traditional rimless pince-nez glasses, but that could just be the quality of the screengrab.)

More importantly, “Morpheus” is sort of dressed like an Agent here. What the hell is going on?

I don’t have the answers. And this last image only complicates things further. Here we see “Morpheus” being formed from thousands of little particles expelled by some sort of machine. Are those supposed to be tiny nano bots, sort of like more advanced versions of the insect droids that formed Deus Ex Machina’s face in The Matrix Revolutions? Is “Morpheus” acting so weird because he’s actually a machine?

That certainly would be quite the twist if true. What if Morpheus was a machine sleeper cell, just another system of control all along — a “true believer” designed to rally Zion around the One in order for the Machines to more easily lead humanity through the loop that would eventually lead to the city’s destruction?

Yeah, that sounds a little far-fetched even for a Matrix movie. Maybe it’s just this version of “Morpheus” that’s a machine, created to jump start Neo’s journey after another faction has kept him hooked on the blue pill for years. What if this is a version of the Matrix where Thomas Anderson never got to make a choice in 1999 and has lived his life ignorant of his true purpose? In this scenario, maybe it would be the Machines themselves trying to wake up Neo. After all, without him completing his journey, the program can’t survive.

We’ll finally find out what the hell is really going on when The Matrix Resurrections hits theaters and HBO Max on Dec. 22.