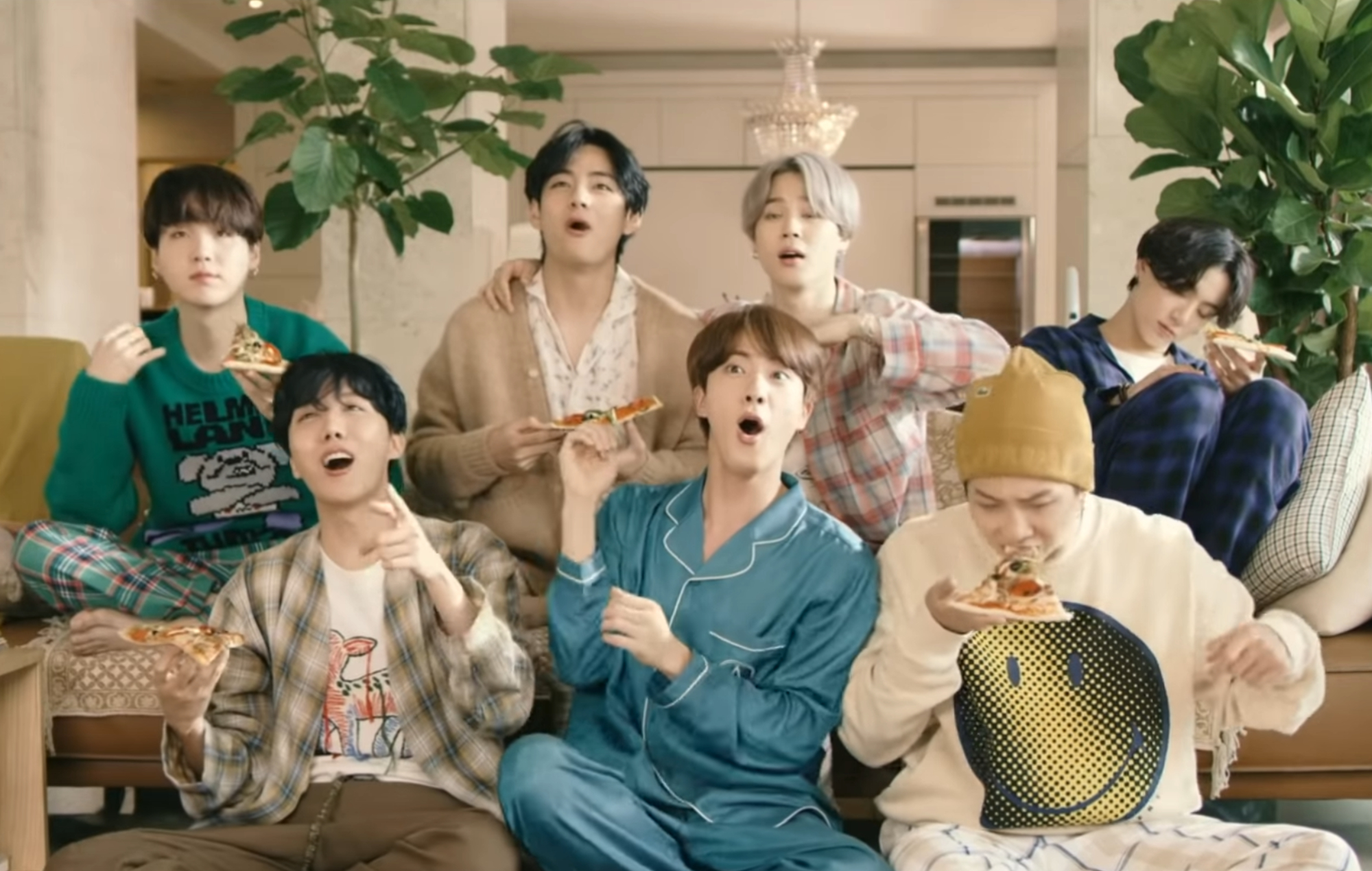 It has long been assumed that the seven members of Korean group BTS will take a break from their careers as musical artists and performers in order to serve in the Korean military. (In Korea, all able-bodied South Korean men are required by the Military Service Act to serve in the country’s military for roughly 20 months between the ages of 18-28.) However, the traditional age deadline for enlistment has come and gone for BTS’ oldest members, a delay made possible by an amendment passed last year that allows the postponement of military service for the most distinguished of K-pop stars to the age of 30.

This week, another partial amendment, known as the BTS Military Service Exemption Act, was up for discussion at a subcommittee meeting of the government’s National Defense Committee. If passed, the amendment could provide BTS (and any globally popular “cultural artists” who qualifies) an exemption from military service. However, per this report from SpoTVNews, the committee did not have time to discuss the amendment on September 9th, as discussions for preceding items on the agenda ran long. (Honestly, a classic meeting problem.) The group tabled the military service exemption discussion for “the second half of the year,” which… we are currently in, so we shouldn’t have to wait too long for an update on at least a preliminary discussion.

BTS’ military exemption would come not in the introduction of a completely new section to the Military Service Act, but rather in a partial amendment to the already existing section on the alternate service program, which grants exemptions for public figures fostering arts and sports. Previously, exemptions in the field of music have been given for award-winning classical musicians; some ballet performers, actors, and directors have also qualified. Exemptions in the field of sports have been given for Olympic medal winners and have been promised to athletes should they win other international sports competitions, such as the World Cup and the World Baseball Classic. This partial amendment would expand the qualifying category to include artists in the field of popular culture. It was initially proposed by Rep. Sang-hyun Yoon back in June.

In August, the National Defense Commission released a review report (via KMCA), noting that it is difficult to establish objective criteria for exemption in the field of pop culture art as compared to sports, as there are not clear qualifiers, such as the Olympics, to use as a metric. Because of this, there is a risk of controversy. Additionally, the report noted that the exemption’s relationship to “personal profit activities” and its inherent nature of catering to “the popularity of the public” could be problematic. (Most of the existing similar exemptions fall under the category of “public duty.”)

Military service exemptions for artists and athletes are rare. Since former South Korean president Park Ching-hee introduced the exemptions in 1973, in the lead-up to the 1976 Summer Olympics, only 1804 people have been granted exemptions.

A disclaimer: I am not a Korean citizen, and therefore it is not my place to weigh in on this discussion with my personal opinion. The following is not an argument for BTS military exemption, but rather an explanation of the factors that will likely be considered when the National Defense Commission subcommittee discusses the topic and makes their recommendation.

As with the previous amendment to the Military Service Act that allowed BTS to postpone their enlistment, an exemption amendment would come on the basis of BTS’ impact on Korea’s cultural status and economy. The logic being: the members of BTS could better serve their country as cultural ambassadors and economy-boosters than as members of the military. The latter of those roles is somewhat easier to measure. Park Chan-Wook, who is head of cultural industry research at the Korea Culture and Tourism Institute, estimated (via NPR) that BTS brings in $5 billion a year to South Korea, which works out to be around a half a percent of the country’s entire economy.

BTS’ impact on Korea’s cultural status around the world is less quantifiable, but still obvious. As one of the biggest contemporary drivers of Hallyu, BTS has helped fuel a deeper interest in Korean culture, driving an increase in tourism to Korea, study of the Korean language, and an engagement in other parts of K-culture. Yesterday, BTS featured in a tourism video released by VisitSeoul that has already been watched more than 6.5 million times on YouTube alone. One of the existing criteria for military service exemptions is “significant contributions to the country’s reputation,” and arguably no other contemporary Korean public figure has done more in that regard than the members of BTS.

Notably, the group was recently appointed as “Special Presidential Envoy for Future Generations and Culture.” In this capacity, they will (via Bangkok Post) “conduct various activities to promote international cooperation for resolving global issues such as improvement of the environment, poverty and inequality and respecting diversity.” Later this month, BTS is scheduled to attend the 76th United Nations General Assembly in order to offer a message of consolation and hope to youth worldwide. This will be the third time BTS has addressed the UN.

It’s worth noting that the logic driving the proposition of this partial amendment is different from the logic driving the previous amendment that allows BTS and other K-pop artists to postpone their military service until 30. As Rep. Jeon Yong-gi argued (via The Guardian) when that amendment was up for discussion: “For the sake of the fairness, we are not talking about exempting them from their duty, but pop musicians and artists like BTS – their careers can blossom in their 20s. We cannot let military duty block their way at the height of their careers.”

While many different people and groups have been and are discussing a possible military service exemption for BTS, the seven members of the group have always stayed relatively quiet and respectful when discussing the duty, always stating that they will be ready to serve when the time comes.

“As a Korean, it’s natural,” Jin told CBS Sunday Morning (via @modooborahae) in 2019. “And some day, when duty calls, we’ll be ready to respond and do our best.”

More recently, Jin addressed the subject in the group’s May interview with Rolling Stone, calling military service an “important duty for our country,” and saying: “I feel that I will try to work as hard as I can and do the most I can until I am called.” On the topic of the previous Military Service Act amendment that allowed him to postpone his enlistment, Jin said: “I think the country sort of told me, ‘You’re doing this well, and we will give you a little bit more time.’”

When Would BTS Serve in the Army?

If BTS doesn’t qualify for military exemption or should choose to serve regardless, the group will have to make a big decision about how to schedule the members’ respective tenures of military service. Jin, BTS’ oldest member, is set to turn 30 at the end of next year, which means, unless the Korean government changes their laws, BTS will temporarily be losing at least one member by December 2022. (Yoon-gi, the group’s second oldest member is three months younger than Jin. Jungkook, the group’s youngest member, could defer military service until 2027, should he choose to.) However, the members could choose to serve at the same time, which would mean a temporary 20-month hiatus for the band as a whole. If the group opts for the latter, BTS would be on hiatus for all of 2023 and well into 2024.

“I have no doubt that the other members will make a good decision,” Jin said to Rolling Stone this year, “because, you know, this is not something that I can tell them what to do. If BTS does spend time as a six-piece, I’ll be sad, but I’ll be watching them on the internet and cheering them on.”

While international ARMY may have opinions and/or hopes about BTS’ military service, most have been respectful in understanding that this is a discussion for Koreans to have and have stated their support of the group and its members, no matter what happens.