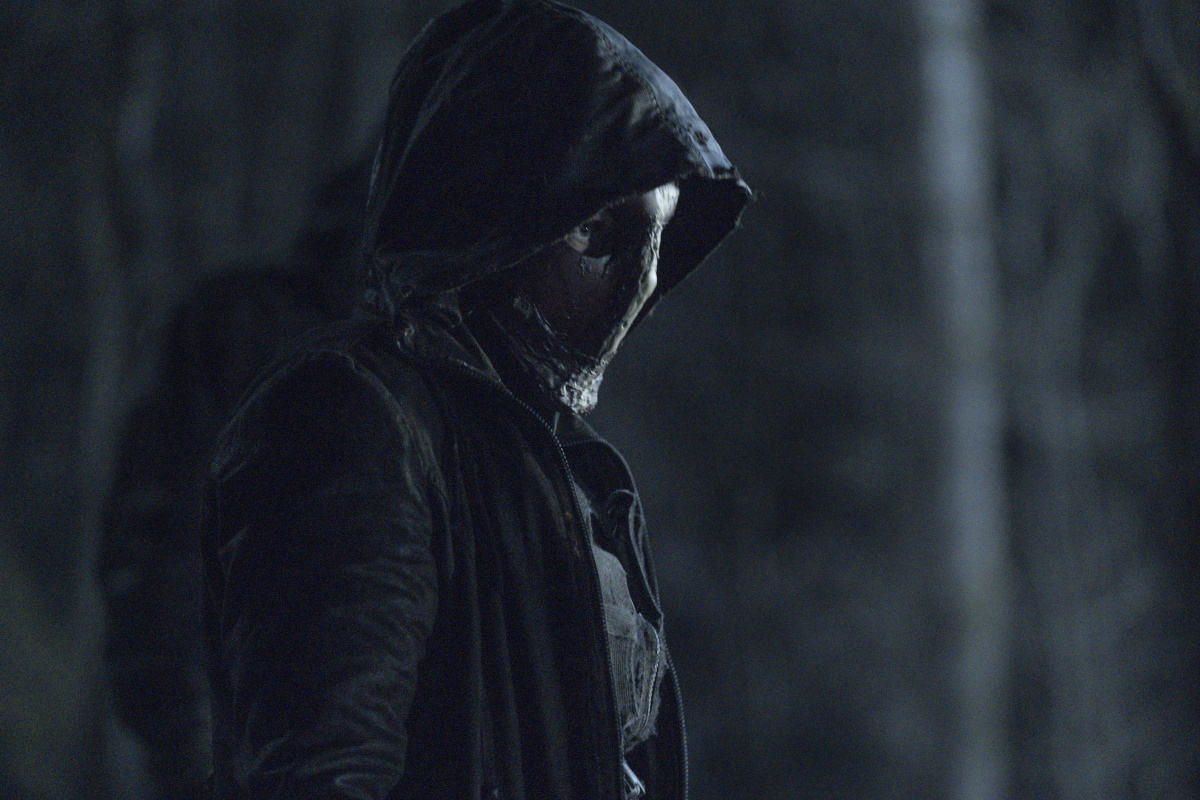 One of the issues with the collection of bonus bottle episodes rolled out at the end of Season 10 of The Walking Dead is that they were constructed in such a way that they didn’t especially matter to the overall narrative. Sure, they were fun. They had some great character moments to help explain just how our survivors ended up the people they are, and what sort of adventures they might have been up to in between seasons, but they haven’t exactly carried a lot of narrative weight this far in season 11.

From the very opening moments of “Rendition,” as a female Reaper in a mask stares at a fleeing Daryl, it’s pretty easy to figure out who that person probably is even before the big reveal. The eyes are just too familiar to anyone who remembers Daryl’s episode, “Find Me.” Every other Reaper runs off to do battle and she stays focused on Daryl. She follows him through a burned-out factory, always one step behind while he sneaks around trying to avoid both human and walker threats. By the time Dog betrays Daryl and runs to her side, it’s pretty clear that this is a figure from Daryl’s past, even if you missed Season 10 C.

Then, she takes off her mask, and Leah is revealed.

Hooray for Daryl! He’s found his lost love after years apart! Boo for Daryl! She’s not alone. Her fellow Reapers surround him and capture him, putting a bag over his head and dragging him away. Clearly, she’s not interested in immediately resuming their old love affair. Hell hath no fury like a scorned old flame with access to a murder squad.

How did Leah end up with the Reapers? Leah’s origin story as revealed in “Find Me” is a common one after the fall. She was with a group, the group got overrun, and she fled with her adopted son Matthew until she stumbled across the cabin she’s living in when Daryl finds her. Matthew died after getting bitten in the chaos; Leah escaped physically unscathed and stuck it out with Dog until Daryl showed up, the first person she’d seen since Matthew died.

During “Rendition,” Leah talks a little bit about her former life, filling in her back story. She was in the military and served overseas. The zombie outbreak kicked off, and Leah reunited with her squad as they banded together for survival. She never went into detail about her group, at least not to Daryl. But as it turns out, the Reapers are what’s left of her old squad. After coming home from various hot-spots with a variety of injuries and PTSD, most of them couldn’t adjust to civilian life. So, their charismatic leader Pope turned them into a mercenary group, and they went back to doing what they did in the war zone, except for much higher pay, right up until the fall of humanity.

After a miraculous incident in which the squad weathers a fire-bombing by the United States Air Force unscathed, the Reapers transformed from a bog-standard Blackwater clone into a religiously-motivated force of fighters. The Reapers were baptized in healing fire and reborn with a Latin catchphrase and The Purge meets Eyes Wide Shut masks as part of their new look. Under similar miraculous circumstances, after Daryl leaves Leah to contemplate his fate, her family returns for her and she goes back home, leaving behind all dreams of Dixon, Dog, and domesticity.

Like Daryl, she couldn’t stay away from her family in the end. Perhaps she loves Daryl; clearly, she cares enough about him to save his life when he’s captured by her brothers in arms. Daryl, in turn, gives her enough information that her people might be able to track down his own family, without making it easy on them to do so. Both of them have put their family at risk because of their past together. They’re not exactly back together, but old feelings die hard after the apocalypse.

It’s an uneasy, fraught peace, even after Daryl passes Pope’s test. Like Leah says, “We couldn’t have been happy in a world like this.” Even reunited, they’re still not able to be happy, because either Leah has to betray her family for Daryl or Daryl has to betray his family for Leah. The cabin is only a few miles away as the crow flies, but Daryl and Leah’s idyllic love nest seems like a lifetime ago.