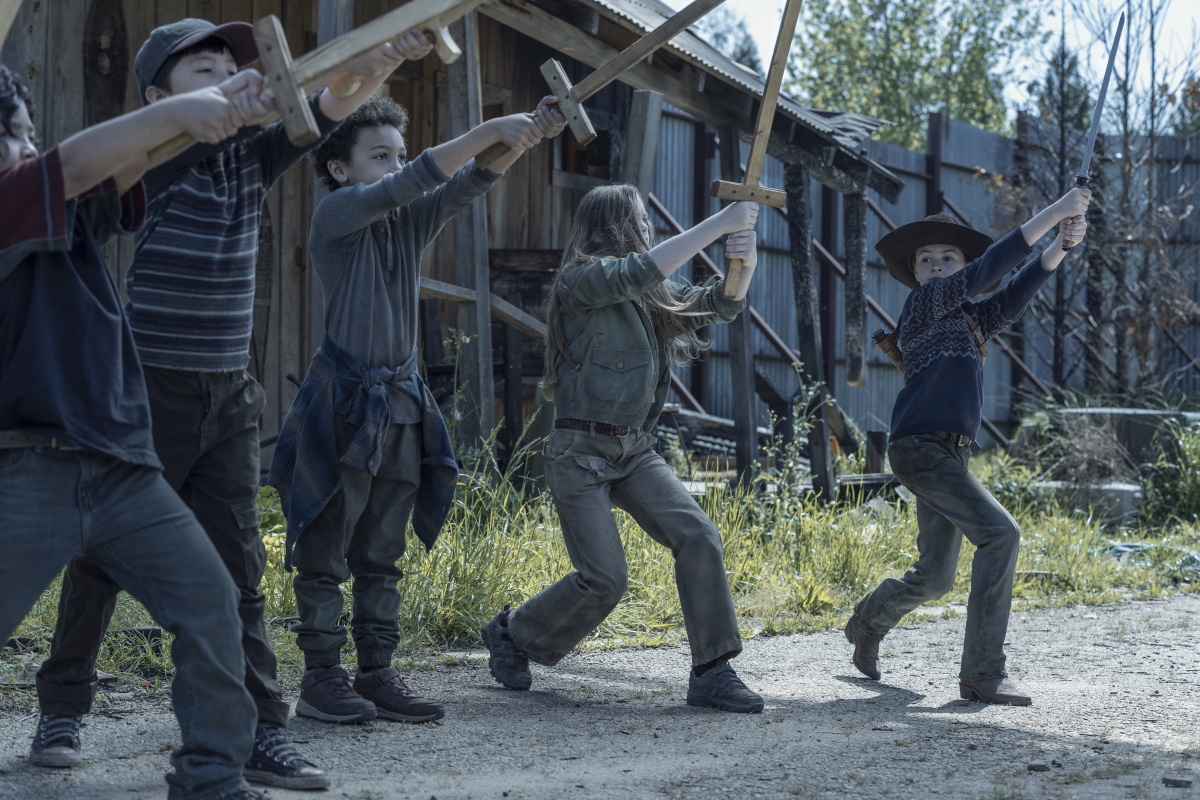 One of the appeals of the post-apocalyptic world of The Walking Dead is that there’s no real government except that which is chosen by the people locally. There aren’t people a thousand miles away telling you how to live your life, what you can and cannot do. That’s why you can have democracies like Alexandria existing right next door to death cults like The Whisperers, oligarchies like The Saviors right next to survival of the fittest bands like The Wolves, and why a return to the civilization offered by the Commonwealth isn’t all it’s cracked up to be. Sure, on the surface it’s great. There’s ice cream, children playing in the streets, and everyone is given a job based on their pre-fall life. Then you realize it takes five weeks for the government to decide whether or not your friends live or die, and then that rocky road ice cream isn’t quite as sweet.

It’s the eternal struggle for the survivors on The Walking Dead. Do they go back to the old ways with committees and debates, or do they embrace the leaner systems of government that have served them well (generally Rictatorships) when decisions have to be made in a split second and repercussions for delay outweigh the positives of longer-term planning? Everyone in the Commonwealth seems happy at first blush, but for people who spent a lot of times outside of the walls and learned what they’re really capable of, the Beaver Cleaver Americana promised by slimy-smooth pitchman Lance Hornsby (Josh Hamilton) must seem pretty blind to reality.

There’s not much time for Eugene and company to get help. One of the things “Out of the Ashes” establishes throughout the various story lines is that there’s no real hope for Alexandria except for the Commonwealth. Maggie and Negan’s trip for supplies yields a bag of food that wasn’t worth the effort they took to get it. Carol and Aaron’s trip back to Hilltop unearths a few fire-charred blacksmithing tools, but nothing of any real substance aside from the lingering threat of the Whisperers. Eugene and the Commonwealth are the only hope Alexandria has of survival, as tempers are getting short even among the children of the community.

One of the best things to say for Greg Nicotero as a director is that he always seems to understand the assignment. Perhaps it’s the hours he spent with actors in his makeup chair getting stuff glued to their faces, but he seems to understand how to get the performances he’s looking for out of his actors, and he has the best handle on Cailey Fleming of the show’s directors. She’s a solid young actress, but he seems to know best how to guide her through her harrowing emotional scenes, walking her through the faux-coldness of her mother Michonne’s poker face and into the actual emotional turmoil of a little girl who has been abandoned by both parents and every other caregiver short of Rosita.

That said, Nicotero’s greatest strength still lies in his sense of the visual. The Commonwealth looks beautiful, as peaceful and hopeful as any of Rick’s fever dreams for the future of the world, but it’s just a little too perfect, trying a little too hard, with a few too many armed guards lurking in the corners to make someone completely feel at ease with things. The introductory video, in which a bunch of “too good to be true” footage of children playing and old people living out their lives cut with the smarmy game-show host delivery of Lance—Josh Hamilton knocks it out of the park—only raises more alarm bells that all the ice cream and children playing in the world won’t turn off. If anything, it’s more concerning that everyone is so happy and comfortable, because the last time anything close to this level of peace was shown, it was Woodbury, and that ended horribly for all of those otherwise innocent people controlled by a very different governor than Pamela Milton (hopefully).

Throughout the episode, LaToya Morgan’s script lays out just why these desperate missions matter without pushing the point too far. Maggie has to wait for her friends, because she knows what it’s like to be abandoned. Negan wants to leave because he knows what it’s like to wait just a little too long and get caught out with crucial supplies. (That it’s not much doesn’t matter, but it certainly has to bring Lucille back into Negan’s mind while Maggie delays him.)

Carol and Aaron don’t know what else to do, so they go back to Hilltop and just look for something, anything that might fill a few stomachs or make the hunting and fishing process just a little bit easier. They know it won’t be enough, but that doesn’t matter. Eugene knows that they have to get help for Alexandria, even after he finds out via the radio that the war is over and the Whisperers are vanquished, he knows just how hungry everyone is and just how bad the situation was when he left, and he seems willing to even let Stephanie go if he has to in order to save his friends.

Even true love with a girl that sings Iron Maiden songs to a middle-aged virgin pales in comparison to the mission. Five weeks might be a reasonable time to wait if you’re well-fed and safe behind the walls of The Commonwealth, but when you’re in Alexandria behind patchwork walls eating horse jerky and hoping against hope for someone to find something more palatable to eat? Five weeks might as well be five years.

Every day that passes makes the situation in Alexandria worse. Even if the Commonwealth is persuaded to help, it might be too late. The threat this time isn’t the Whisperers or the Reapers; you can’t stab hunger in the face with a spear or shoot it with a bow and arrow. The longer hunger hangs around, the harder everything else needed for survival gets. One day, the walkers will knock down the fence and there won’t be enough people energetic enough to stop them and repair the breech, and that day grows closer with every skipped meal.