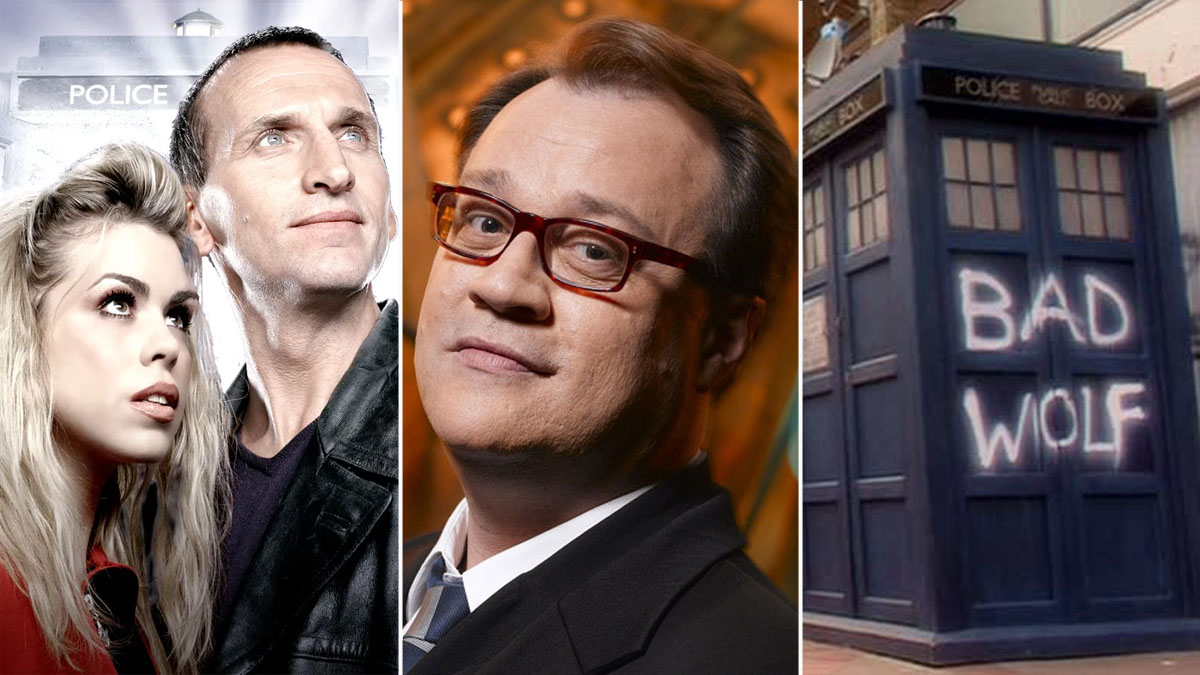 It was announced last week that Russell T. Davies is returning to show run Doctor Who for the show’s 60th anniversary series and beyond. If that’s news to you, I refer you to my previous sentence. All the information is there. After a weekend to absorb the news and read takes of various temperatures, there’s still plenty to be positive about. There are potential negatives though, so let’s examine these first.

It’s true that Russell T. Davies burnt himself out at the end of his initial run (2005 – 2010), and felt there was nothing more he could do on the show. Some elements of Davies’ writing are difficult to watch (the use of fat people as monsters and victims in ‘Aliens of London/World War Three’ and ‘Partners in Crime’ has a Roald Dahl nastiness to it, and I would be very happy not to see a non-consensual mindwipe on Doctor Who again).

Recent reports of inappropriate behaviour from actors on set during the tenure of Davies, Julie Gardner and Jane Tranter have also raised questions regarding working practices and safety in the production. Assurances will be sought that there will be no similar behaviour this time around, and that if it does happen it will be dealt with at the time.

There’s also an undercurrent of disappointment that not only is the new showrunner another cis white man, but it’s someone who has run the show before. Ultimately Doctor Who needs new voices, it always has done (even when a showrunner or script editor has been popular they always need a break – Robert Holmes also burnt himself out in the Seventies). When RTD leaves again, we need someone else’s take on it.

What RTD’s presence suggests is that the BBC is not currently comfortable raising someone new to the position of showrunner, or that its attempts to do so have failed (it’s quite possible that someone new was asked but declined). The most positive interpretation is that the BBC is wanting to give the show a boost before committing to someone new, so that they don’t have the additional pressure of a new Doctor and the 60th anniversary to contend with. Less positively, if the BBC regards Doctor Who as a flagging show that people are turning down then RTD may be regarded as a safe pair of hands who can restore it before someone else takes over, again removing additional pressure.

And what of the impact on Series 13? We’re still waiting for its release date, and a monster reveal clip dropped recently but failed to make much of a splash while the focus was elsewhere. There are two years to wait for the anniversary series and Davies’ next script, and this will loom over Jodie Whittaker’s final series. Whittaker has been unlucky in many respects: while she has worked with Chris Chibnall before and trusted his take on the show, Chibnall’s approach to publicity is restrained and more secretive than his predecessors. With no broadcast date or full trailer for the expected Autumn/Winter airing, it feels like the current version of Doctor Who is treading water. Even the spin-off media for Doctor Who in recent years has focussed more on David Tennant than the current incarnation.

Indeed, there’s a dismissal of the Chibnall era as a hollow retread of the Russell T. Davies approach: there’s a sense of the Doctor being written in a similar vein to David Tennant’s Tenth Doctor, but also there are elements of Matt Smith’s Eleventh in there too. The influences on Chibnall’s vision for the show are from throughout its history, and Series 11 was notable for its lack of arc and finale. Comparatively, the current version of the show lacks the difficult choices and impactful deaths that gave it a strong identity upon its return.

If anything, the show seems burdened by its past now in a way it simply didn’t in the 2005 series, where the decision to make a clean break allowed new fans a way in and to discover the backstory at their own pace.

The RTD era is now part of that burden, though. As discussed here, each of his four full series had a consistent pattern (Present Day/Historical/Future stories to start with, darker stories around the second two-parter), it generated its own tropes (more aliens that look like Earth animals, anyone?) catchphrases and mythology. What was a fresh approach is now a standard one (Steven Moffat tried to move away from the series structure but – for various reasons – ultimately returned to it) and proving another approach works would ultimately be beneficial. Russell T. Davies is now tasked with the more difficult challenge of refreshing a programme that has been on air for 16 years, rather than off it.

For all the criticisms you can level at Chibnall, his initial approach for Series 11 did seem to be the necessary clean break with Moffat’s style (before heading down the same inward-looking path). How easy it will be to make a separation remains to be seen, as Chibnall’s remaining episodes are yet to be broadcast. If it continues in its current trajectory, culminating in an arc about the Doctor’s history and another destruction of the Time Lords, then it should at least be easier to clear the decks before beginning again. Given that he’s already gradually reintroduced the mythology of the show once, it’s going to be hard for Davies to repeat that trick with anything remotely like the impact it previously had, so a different approach will have to be found.

Davies will also have to deal with even more hostility than initially faced in 2005. There’s a strange group within fandom who are hoping that the ‘Woke agenda’ of Chibnall’s approach will be gone when Davies returns, as if they have never read or watched anything he’s written. They presumably don’t remember the threads on Davies’ ‘gay agenda’ on Outpost Gallifrey, or when the simple act of casting a black man in a recurring role in 2005 led to irate posts on right-wing forums. The ‘political correctness gone mad’ buzzwords of yesteryear now mutated into complaints about ‘woke nonsense’. If you’ve read Davies novelisation of ‘Rose’ it’s clear that his approach to Doctor Who now will result in headlines about polluting our children’s minds with ideas of tolerance, acceptance and compassion woke zealotry. Russell T. Davies isn’t perfect, of course, but like Doctor Who itself, his storytelling is rarely without a political conscience.

One thing worth highlighting, raised initially by Alex Moreland on his blog, is that the show will be co-produced by Bad Wolf productions. This won’t have raised many eyebrows as it’s assumed to be part of the package of bringing in producers Julie Gardner and Jane Tranter. However, as Moreland points out, “changes to the BBC charter means it has to open up in-house properties to bids from external companies to produce them – this is the start of that.”

Either way, Doctor Who is no longer going to be produced entirely in-house by the BBC, and it’s possible that the same forces that complain about ‘wokeness’ in the show have driven the organisation to this point. Beneath the decisions over who gets to run a television programme are reflections of the current political situation, the endless churn of Interesting Times. Given this, then, it’s possibly a case of damage limitation by the BBC: if they have to pick an external company to co-produce, at least Bad Wolf can be relied upon to treat the property with respect and Davies has fiercely defended the corporation in the past.

Davies’ appointment can be interpreted as a conservation measure, both in the wider sphere of politics and regarding the show itself. Fan talk (at least in the circles I’m in) is dissatisfied with Doctor Who, seeing it as a show needing a rest or reinvention. Chibnall’s departure felt like a chance to try someone new, with names like Sally Wainwright and Nida Manzoor mentioned alongside former writers like Jamie Mathieson and Sarah Dollard.

The least positive interpretation of RTD’s return is that, for all its talk of diversity and inclusion, British television has failed to develop anyone new to a position where they could take over Doctor Who. Or even that they have done this, but then potentially ignored them for this role.

What we can be positive about, however, is that Russell T. Davies’ writing is better than ever. January’s It’s a Sin is widely considered his masterpiece, and he’s clearly still fizzing with ideas and passion. He loves Doctor Who, he’s hardly going to take this job just for the money. The hope is that this is a transitional period for the show, the passing from a period of uncertainty to an exciting, unknown future.

Doctor Who Series 13 will air this autumn on BBC One and BBC America.