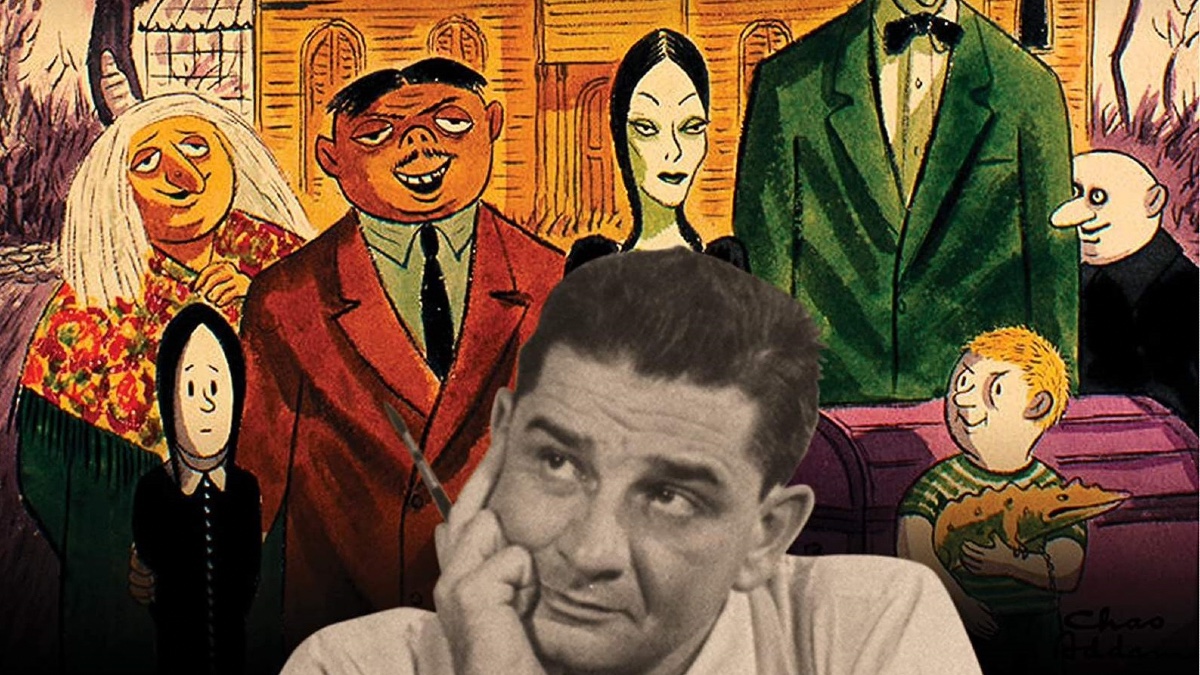 The 1960s TV sitcom The Addams Family was brilliant, but could only go so far because of the sensitivities of the times. Barry Sonnenfeld’s 1991 creature feature comedy classic The Addams Family, which celebrates its 30th anniversary this month, is marvelous, but Raul Julia is far too handsome to capture the repugnance of Chas Addams original drawings. The Addams Family 2, an animated sequel recently released in theaters and on demand, turns Cousin It into a plush toy.

Linda H. Davis is the author of Charles Addams: A Cartoonist’s Life, the only biography written about Addams. She says the creator of The Addams Family would have mixed feelings about the continued success of his New Yorker magazine creations. Davis tells Den of Geek the artist would have been happily surprised by the characters’ endurance, “and very disappointed that he missed out on all the really big money.”

The biographer also believes the films and series slightly missed their marks. “It seems to me that the knowledge of Addams’ cartoons isn’t deep enough,” Davis says. “They’re not nearly as dark as the original cartoons. The cartoons are really more sinister and don’t rely on pratfalls.”

To illustrate the difference, the biographer takes an almost forensic look at Addams DNA.

“Gomez in particular is a really revolting-looking man. He was inspired by Thomas E. Dewey, though there was a little bit of Peter Lorre, but crossed with a pig. I think that Hollywood just can’t bring themselves to cast somebody who looks like that. And Morticia, of course, has always been prettier.”

But the general consensus of the press which followed Charles Addams, the artist and man about town, occasionally in a full set of medieval armor, based the character Morticia Addams on his first wife, Barbara Jean Day.

“They liked to play that up, because she had dark hair,” Davis explains. “She’s a prettier, softer version of Morticia, but I will say that all three of [his wives] did bear a resemblance to Morticia. And he liked to draw them as Morticia. He did like that type. All three wives had dark hair and were that certain type, though he did date blondes and redheads too.”

The world of cinematic horror comedy is also missing out on a treasure chest of dark ideas by focusing so closely on the family Addams created to mimic his own. “There are so few Addams Family cartoons, that I wish that somebody would look at his other cartoons and add them to the script,” Davis says. “There are a lot of other dark cartoons that could work.”

When pressed to name which cartoons lend themselves to motion pictures, Davis singles out one “from the 1930s, which shows a woman entering the gates of a rest home. She’s wearing a mink or fur as women in those days did. And there are vultures sitting on the post. There are a lot of cartoons about husbands and wives doing away with each other or trying to. He illustrates the idea, of course, not the act, which wouldn’t be funny. One of them, a very early cartoon, I think it’s from the ’50s, shows a man opening the door of his car. It’s overlooking a really steep cliff.”

The panel says “Darling, will you step out for a moment?”