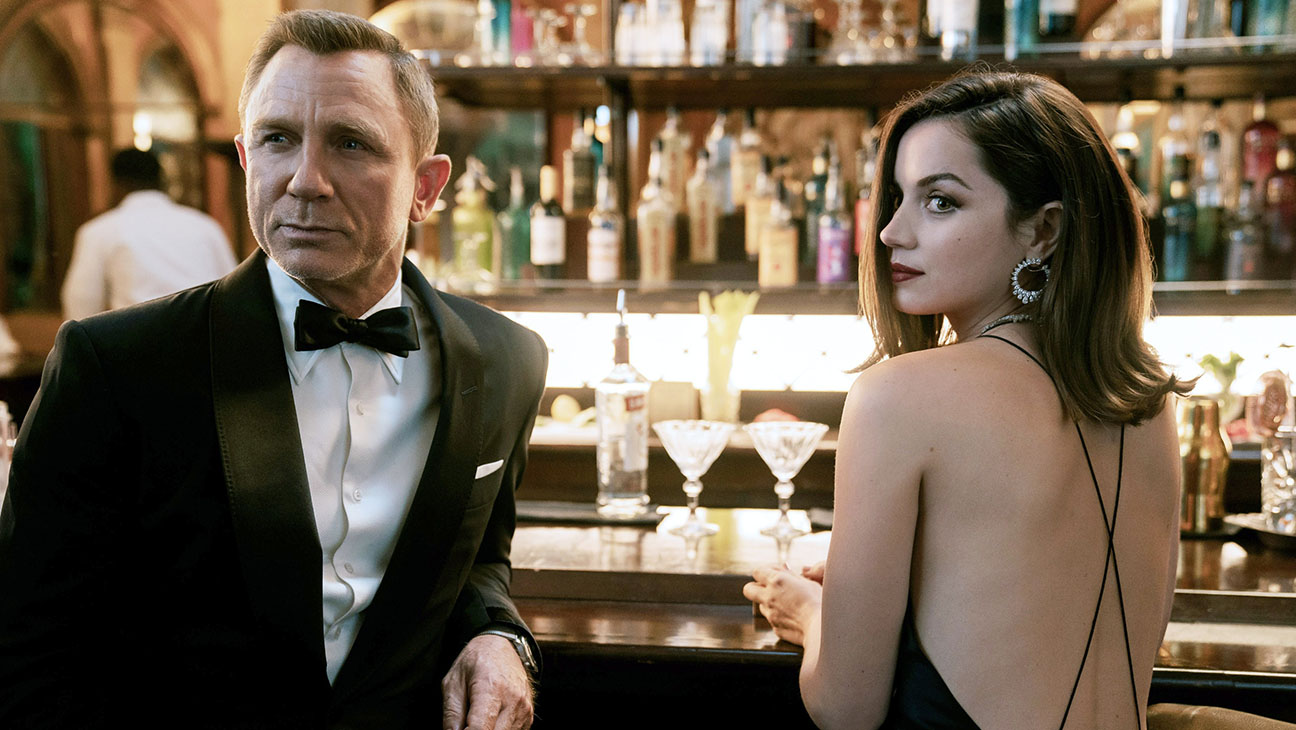 Daniel Craig has been wistful throughout the No Time to Die press tour. Part of this is probably because—unlike his infamous grumpiness during Spectre’s rollout—he is promoting a very good movie. The bigger element though is that he knows it really is last call with 007. After the final interview is wrapped, and the lights are taken down, his time with the James Bond family he’s been associated with for more than 16 years is done. Perhaps that’s why he’s become much more concerned with articulating what a unique thing that family is in the modern world of blockbusters.

“It’s a huge part of cinema history, and it’s a huge part of British cinema history,” Craig told BBC Radio last month. “These movies are rare. In a movie sense, these are the rarest movies you can make. I mean, there are big movies going on, there’s a Marvel movie, and there’s other things. But very, very few people get to work on these movies, and I’m incredibly fortunate that I had the chance to do it.”

And truth be told, Craig isn’t just whistling “Goldfinger.” In a moment where the next franchise installment is coming out every fiscal quarter, No Time to Die is finally here after an almost unheard of six-year chasm since the last Bond movie. While that gap is partially due to the COVID-19 pandemic, it’s still not that far removed from the four years between Craig’s Quantum of Solace (2008) and Skyfall (2012). And even the three-year gap between Skyfall and Spectre (2015) feels retro if not outright antiquated today. It’s the old, boutique way of doing things which has largely fallen out of fashion.

Of course this has been the appeal of the James Bond franchise for at least 25 years, with the series living long enough to become the elder statesman of the multiplex landscape. For a character as old-fashioned as Bond, this seems right, particularly given the raised eyebrows from where he started.

When the Bond movies began nearly 60 years ago under the stewardship of producers Harry Saltzman and Cubby Broccoli, and with Sean Connery wearing the tuxedo to absolute perfection, it was practically a novelty that they could churn out a new adventure every 12 months. In fact, the first five movies in Connery’s tenure were released in just as many years. At the time, it looked more akin to how, say, MGM could produce six Thin Man movies in the 1930s and ‘40s. But the thing about Bond is that he lasted longer than that—longer than anyone, even old Hollywood hands, speculated was possible.

This is because Broccoli and Saltzman were among the first to figure out a character can be bigger than any actor playing him. They tried once to recast Bond two years after Connery and failed to win over audiences in On Her Majesty’s Secret Service (1969). They tried again after Connery left a second time, and they succeeded via Live and Let Die (1973).

Since then, the Bond franchise has become a near constant in the zeitgeist, with audiences generally conditioned to accept that no one actor has definitive claim over the character, and that as the credits always say, “James Bond Will Return.” Some 007 movies can be better than others, and some 007 actors can even be rejected at the box office, but eventually the character will always be reinvented and back in theaters. For much of the 1970s, ‘80s, and ‘90s, there would be occasional speculation about when we, as a society, would “outgrow” James Bond. But at a certain point, the media conversation stopped being when Bond “should end” and became what Bond “should be next.”

Now with the advent of No Time to Die, the franchise seems to directly challenge those expectations again with its shocking story and surprise twists, all of which seem to challenge the very idea of who James Bond is. Nonetheless, the character’s elusive and defining energy remains the same, warts and all, and to date Eon still has no plans to do more than keep producing James Bond’s next adventure… years from now.

For six decades, Bond has been the center of Eon Productions’ world. Which might be the secret to his longevity. While Saltzman bowed out of the Bond film business after The Man with the Golden Gun (1974)—and after business decisions he and Broccoli disagreed on, including Saltzman’s desire to produce more than just Bond movies—James Bond remained a family business. Until his death in 1996, Broccoli had a firm hand on the franchise, letting his last professional act be the casting of Pierce Brosnan as 007.

Afterward, his daughter Barbara Broccoli and stepson Michael G. Wilson stepped into the role of shepherds without missing a beat, producing Brosnan’s first Bond flick, GoldenEye (1995), on their own, and every one of them which came next. While until very recently (like the last three Bond movies) the Broccolis avoided the influence of “auteur” directors, with Cubby even famously turning Steven Spielberg down on For Your Eyes Only (1981), the family itself has always maintained a firm creative vision on the Bond franchise every time out.

When Cubby and Saltzman started, it was considered presumptuous by some in the Hollywood to think they could make more than a handful of Bond pictures, but in the more than half a century since then, the entire industry has fortified and industrialized around the 007 enterprise—building vast skyscrapers and factories behind Eon Productions’ proverbial Savile Row shop.

And yet, Bond movies are produced more or less the same now as they were then, with Barbara and Wilson still having final say. They might have taken a lot more risks with the character during Craig’s tenure than Cubby or Saltzman did, but it’s still a handful of creatives making deliberate choices, as opposed to a committee reacting to a focus group’s data for their latest product. Like Bond himself, it feels out of step with a modern world where even the once legendarily “cinematic” Star Wars has turned into a stockholder’s wishlist of 10 greenlit Disney+ TV shows.

By comparison, the rare Bond movie actually feels like an event, something as handcrafted as multiplex spectacle can be; Scaramanga’s golden pistol versus a world carrying Walther PPKs.

Which would explain John Logan’s recent op-ed in The New York Times. The Oscar nominated screenwriter has done big Hollywood tentpoles before, but when the Skyfall and Spectre scribe heard Amazon bought MGM, which owns a stake in the Bond franchise with Eon, he publicly lamented the risks.

“I know that Bond isn’t just another franchise, not a Marvel or DC,” Logan wrote. “It is a family business that has been carefully nurtured and shepherded through the changing times by the Broccoli/Wilson family. Work sessions on Skyfall and Spectre were like hearty discussions around the dinner table, with [Barbara Broccoli and Michael G. Wilson] letting all the unruly children talk. Every crazy aunt or eccentric uncle was given a voice. We discussed and debated, and came to a resolution, as families must, with no outside voices in the room.”

It’s understandable to fear that sense of autonomy and individuality might be threatened. Bond as a series has lived long enough to go from a cheeky piece of British pop culture to being an elemental symbol of British culture, period. When the 2012 Olympics were held in London, 007 had become such an emblem that Queen Elizabeth actually made her intro to the opening ceremony in a pre-recorded clip with Craig playing the character right behind her—finally Her Majesty united with her greatest fictional knight after 50 years of service.

In the oversaturated world of franchises and intellectual property, Bond really is the rare thing: a series which maintained its mystique, and even grown it year by year, decade by decade. Once the longest running franchise at the cinema, it is now virtually the only one left which is exclusively cinematic. After so much time, it proves an adage that one of Bond’s mentors spouted in Skyfall, “Sometimes, the old ways are the best.”

No Time to Die is in theaters now.