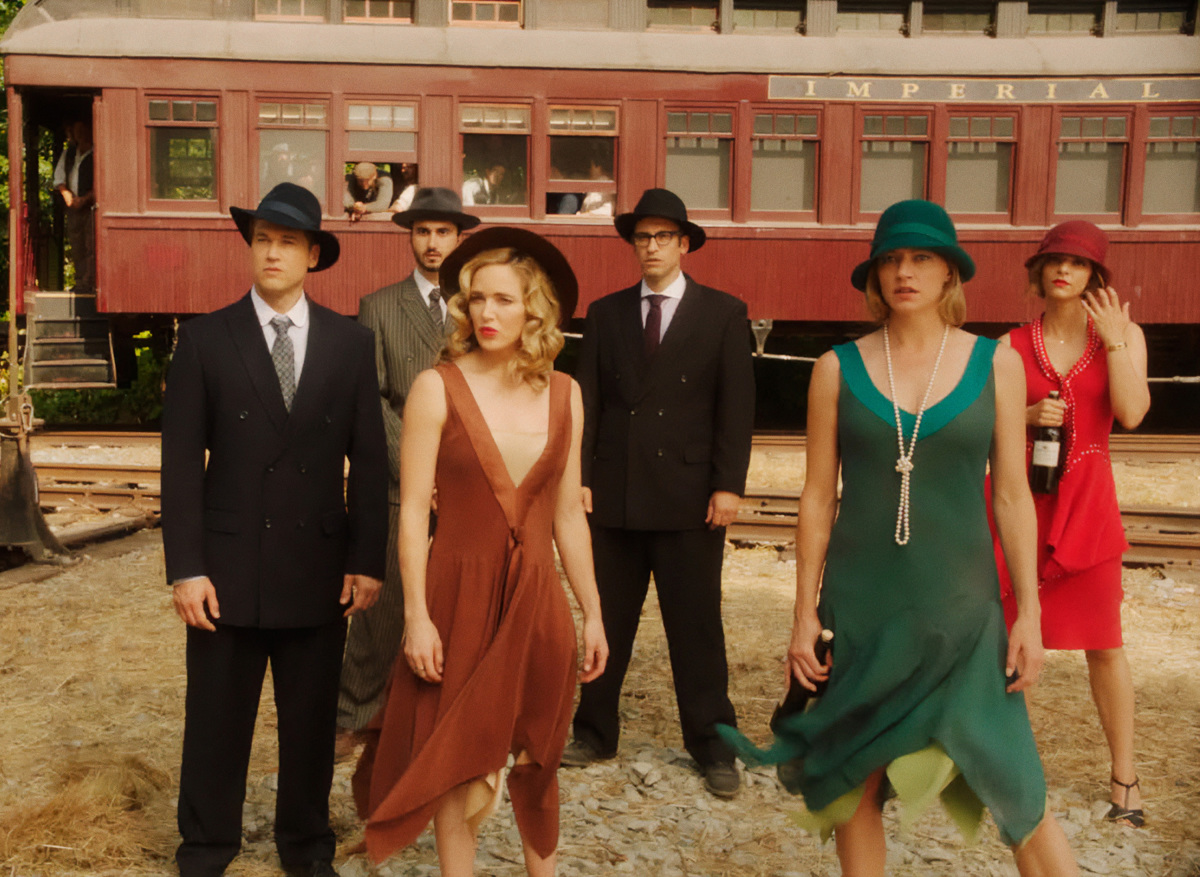 With about ten minutes left in last week’s Legends of Tomorrow season 7 premiere, I started shaking my head and chuckling. As soon as I realized the crew was going to become bank robbers in the 1920s, through Hoover’s death at Nate’s hands (or forehead, whatever), I both could and could not believe that this was where the show was going. That didn’t stop this week – as soon as Ava looked at the bottles of whiskey on the table, I slapped myself in amazement that they could make something as obvious as “running hooch during prohibition” feel like a surprise.

But Legends pulls it off every time.

“The Need for Speed,” the second episode of the seventh (!!) season of Legends, did a few things that I feel like we haven’t seen in a while. It was a Nate episode, something relatively hard to come by when he took a back seat after losing yet another girlfriend to the ravages of time travel. And with Nate being the focus, that means we get something that feels a little more pointedly historically accurate than usual.

The plot is fairly standard Legends fare. Nate is reeling from his accidental killing of J. Edgar Hoover at the end of the first episode, so he takes on the role of Hoover to try and prevent the timestream from being damaged. The crew gets him on a train to New York, gives him some polyjuice potion that Gary whips up so he appears as Hoover to the unsuspecting train passengers, and then discovers a plot to kidnap Nate/Hoover.

Eventually it’s revealed that Al Capone’s men are responsible for the attempted kidnapping, but the polyjuice potion wears off as he’s trying to hand himself over to the mob. Unfortunately for them, a super badass Hoover robot comes through and shoots all of them, before self-destructing from damage inflicted by the team.

Seriously, the show does add in some nice little touches, pieces of American law enforcement history that one might not know, among all the absurdity. And they’re usually able to play it for jokes.

The Palmer Raids were awful – union busting red scare bullshit, another grim chapter in America’s history of mistreating immigrants and workers and especially workers who happened to be immigrants. This history made the bit with the honeymoon suite even more enjoyable – Behrad’s facial expression changes as the newlyweds volunteer their support for Hoover and his Palmer Raids was subtle and excellent.

One of the quieter things about Legends that I really enjoy is how subtly lefty this show consistently is. Its politics are never the point, but they’re also always there. It’s really well handled.

As is Nate’s character. He’s effectively Gideon for now, as the real Gideon is a half-naked human being in Odessa as Nate heads for New York. He’s the one who feels a responsibility to protect the timeline because he’s the one who knows the most, and as the person inhabiting Hoover’s persona, he finds himself put into positions he doesn’t want to be in to try and protect the real Hoover’s reputation – like being an inveterate racist, or torturing a suspect. He makes the right choice on both, but you see the struggle, and it feels earned.

The other two stories this week follow Astra, Spooner, and Gideon as they try and make sense of Gideon’s new fleshy appearance; and Zari, Ava and Sara spending time in the mansion – Zari because she’s baked as she tries to process Constantine’s departure, and Ava and Sara because they’re getting their backs banged out for their honeymoon.

Zari’s story is a little more important to the outcome of the episode – her high brings clarity, as she uses the neverending supply of whisky bottles in the fridge to start trying to figure out who their primary foes are on the other Waverider, and then they use some of those free refills to try and buy off Capone’s men before they kill Nate. It’s also pretty funny: she gets jokes in about Ava and Sara being “loud,” and a crack in at Crisis on Infinite Earths (“What even is a paragon, anyway?” amazing stuff).

Gideon is unable to communicate, and Astra resents her because of the weakness she feels it shows in her magic. I’m willing to bet this understanding gets reversed by the end of the season – Astra brought life into a machine where none was previously. That feels like a big deal. That said, she feels needlessly mean here, especially as Gideon reads as disabled through much of the episode before she regains the ability to talk with Spooner and Astra as a person.

Also I’m fairly sure rural west Texas didn’t get electricity until the mid 1930s, but that’s just me being nitpicky. This was another very good episode of Legends.