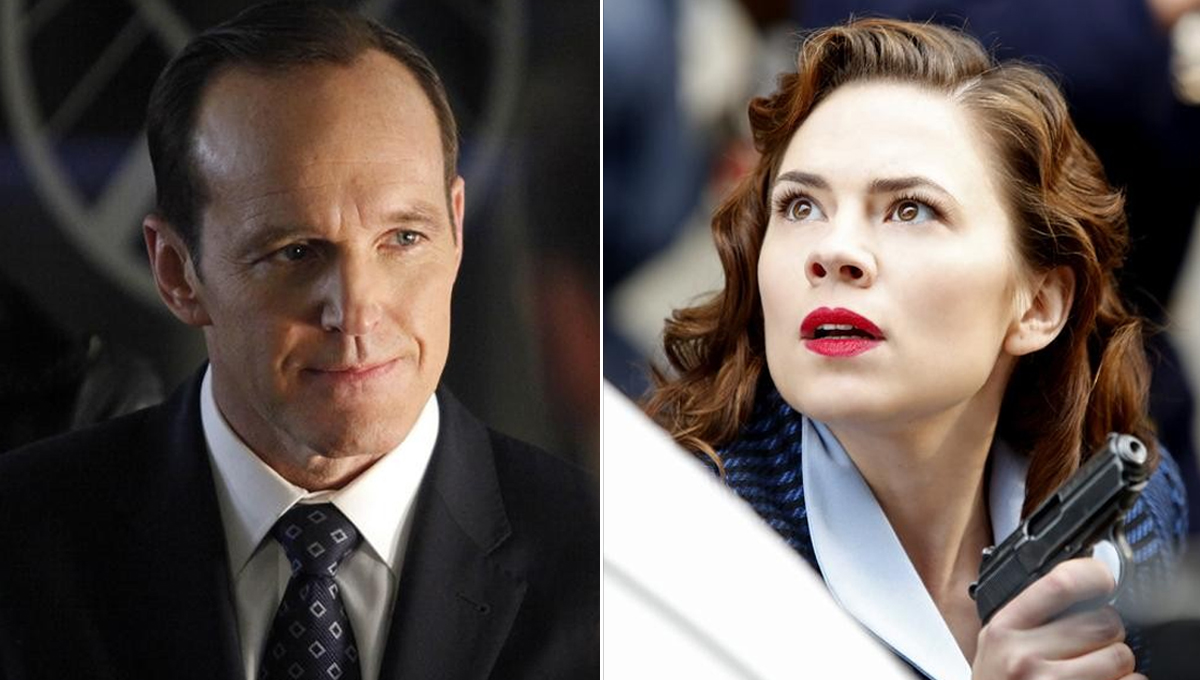 As the Marvel Cinematic Universe’s existing 25 movies approach a collective worldwide gross of $23.4 billion, ambiguity continues to define the franchise’s tangential television landscape. After all, while the status of movie-star-headlined Disney+ shows WandaVision, The Falcon and the Winter Soldier and Loki is unquestionable, the canonical place of past purported MCU-connected television content, notably ABC shows Agents of SHIELD and Agent Carter, experienced retroactive permutations. Now, the release of an official behind-the-scenes book has reignited the debate, leading to some necessary clarification.

The book in question, The Story of Marvel Studios: The Making of the Marvel Cinematic Universe, is rife with intriguing MCU factoids, which has resulted in twisted narratives surfacing on social media and the blogosphere regarding what it specifically reveals about the official status of Agents of SHIELD and Agent Carter—shows created under the auspices of now-absorbed studio Marvel Television—in Marvel Studios’ acknowledged MCU canon. Consequently, Tara Bennett, who co-authored the book with Paul Terry, addresses the inaccurate claim that the book confirms the canonical status of those two shows. Of course, the real answer—as these things tend to be—has turned out to be far vaguer.

“Our books have no binary proclamation of any kind about the shows, which I stated as well,” explains Bennett. “In 250k words of contextual narrative, they do explain who creatively conceived of [Agent Carter] and ran it and then how it then folded into the MCU. The books only feature projects creatively produced by Marvel Studios.” Based on that statement, the only thing we can now take as gospel is that Marvel Studios hasn’t gone so far as to proactively revoke the canonical status of Agents of SHIELD and Agent Carter, although the shows remain relegated to the back burner of what is openly acknowledged. In other words, they could become canon again, should it prove expedient.

It’s a rather odd fate for SHIELD, especially considering the hype during the buildup to its September 2013 premiere. With the MCU surging off momentum from its first megamovie, 2012’s The Avengers, the show’s early tagline of “Coulson Lives” was a rallying cry that temerariously touted the presence of Clark Gregg’s Agent Phil Coulson, whose starring role here almost felt like the foreshadowing of a biblical resurrection for the movie-martyred MCU fan-favorite character. It also represented seemingly limitless possibilities for the franchise as it made its very first mark in television. This was especially the case as early seasons touted episodic cameos from MCU movie characters such as Samuel L. Jackson’s Nick Fury, Cobie Smulders’s Maria Hill, Jaimie Alexander’s Lady Sif, and even showcased Hayley Atwell’s Peggy Carter in a flashback-set episode. Moreover, the show’s 2014 second season even kicked off with a major reset that adhered to the SHIELD-collapsing events of Captain America: The Winter Soldier. Indeed, the show was, at least initially, unquestioned complementary canon.

While the hype (and, more importantly, the ratings,) subsided over the years, SHIELD’s incremental alienation from the MCU saw the series take tremendous, increasingly-contradictory thematic detours across time and even space—and notably killed and resurrected Coulson a few more times for good measure. However, by the time it reached the end of its seven season run in August 2020, the canonical conceit maintained by the show’s cast and crew was falling on deaf ears, especially since it skipped over the Snap-centric events of Avengers: Infinity War.

Yet, in contrast, the Atwell-headlined, 1940s-set Agent Carter mostly avoided stepping on MCU toes, following a grieving, isolated, NYC-relocated Peggy Carter in the immediate years following Steve Rogers’s climactic frozen fate in 2011’s Captain America: The First Avenger. That series similarly showed its MCU stripes by bringing Dominic Cooper back to reprise his film role as Howard Stark, and even built on key movie concepts with James D’Arcy’s role as Stark’s butler, Edwin Jarvis, who—unlike his AI namesake in the Iron Man films that ultimately became Paul Bettany’s Vision—is a real person, akin to Tony Stark’s butler in the comics. It even broached ideas that were cemented in this year’s Black Widow with the presence of Bridget Regan’s Dottie Underwood, a seemingly affable, small-town-Iowa-bred friend who turned out to be an infiltrating Soviet assassin trained in the Red Room, the same organization that, several decades later, would yield Natasha Romanoff.

Interestingly, after Carter completed a run that was cut short in 2016 after two seasons, its continuity merger with SHIELD would occur posthumously through one character, Enver Gjokaj’s Daniel Sousa, a war-wound-handicapped, similarly-underestimated cohort of Carter’s in the SSR (Strategic Scientific Reserve). With SHIELD’s 2020 final season involving frequent, increasingly-irreverent time-jumps, one episode landed the titular team in 1950s-era Area 51, where they encounter a post-Carter Sousa, now an early SHIELD agent. There, the inter-series union is further cemented when Sousa joins the team in a time-jump to the present, where he would stay for the rest of the series and even enjoy a generation-crossing romance with Chloe Bennet’s Daisy Johnson/Quake. Thus, the notion of a shared continuity between the two shows is much more than a mere assumption.

For now, the apparent misunderstandings over The Story of Marvel Studios‘ revelations retrospectively highlight the now-13-year evolution of the ongoing MCU, which, despite its polished perception, has experienced its share of creative confusion, notably after the exit of a key early visionary in Avengers director Joss Whedon (who was also a credited co-creator for Agents of SHIELD with brother Jed and Maurissa Tancharoen). The era has also seen studio switch-ups, which recently saw former subsidiary Marvel Television absorbed into Marvel Studios, which seemingly has no interest in adhering to the former’s creative choices, dealing a blow to any further canonical hopes for the ABC shows or even Netflix’s Daredevil and its Street Level continuity-cohorts, not to mention Freeform’s Cloak and Dagger (which occasionally teased MCU Easter eggs,) and the myriad other Marvel-based shows once spread across the content spectrum just a few years earlier.

Marvel television content—firmly set in the MCU canon—will next manifest with Disney+ series Hawkeye, which kicks off its weekly release run on Nov. 24.

Best Games to Play While You Wait for God of War Ragnarok
The Best Thor Comics to Grab For Love & Thunder
Westworld Season 4 Episode 2 Review: Well Enough Alone
Fortnite: How to Find and Knock Down Timber Pines
Batman and Superman: Battle of the Super Sons – Official Trailer