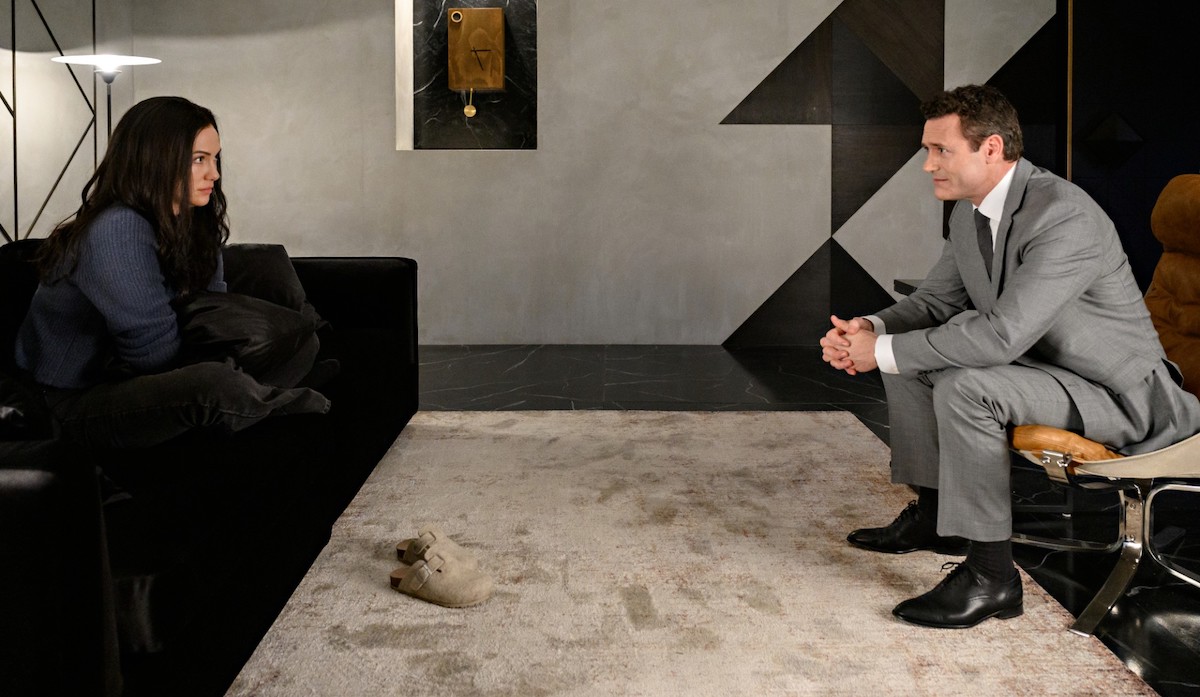 Netflix original movies are like the fast food of the film world; they’re cheap and easy to make, they’ll temporarily fill you up, have a passable taste that’s familiar and unchallenging, but you’ll either forget about the meal or regret the quick fix entirely. Hypnotic, from filmmakers Suzanne Coote and Matt Angel (The Open House), won’t leave you cursing your queue for suggesting this disposable thriller, but it won’t have you under its spell either. It’s another serviceable, if underwhelming here-then-gone feature from Netflix that wastes a solid premise and compelling lead performance from Midnight Mass’ Kate Siegel.

Siegel stars as a Jenn, a capable but unemployed computer programmer who’s estranged from her ex-fiancé after suffering a miscarriage. Stuck in a rut, her friend suggests an appointment with the handsome therapist Dr. Collin Meade (Jason O’Mara), who primarily uses hypnosis to help his patients deal with their issues. After her first hypnosis session, Jenn experiences a black out during a date with her ex Brian (Jaime M. Callica) that has near deadly consequences for Brian. Jenn then begins to investigate a series of coincidences connected to Dr. Meade with the help of a Det. Wade Rollins (Dulé Hill). The pair soon realize the good doctor is anything but good.

Still, Kate Siegel is trying her best. As Netflix’s resident horror queen, Siegel shows that Jenn is in a bad place without slipping into caricature or seeming like she’s in a commercial for anti-depressants. Jenn feels like a lived-in character, and Siegel never goes over the top when inexplicable occurrences start happening.

O’Mara likewise plays the suave yet secretly sinister doctor with a measured hand, careful not to get too cartoony with the material. However, the writing doesn’t quite rise to their level. At under 90-minutes, the film feels like its racing to the finish line, something that can be appreciated at the start of the movie but feels like a hinderance when we’re sloppily barreling through backstory details about MKUltra and assumed identities. There’s a difference between not overstaying your welcome and cutting corners.

Hypnotic isn’t an inept film, just a thriller that feels fairly anonymous and wastes the potential of its silly but thought-provoking premise. The film could have gone wilder with its approach, leaning into off-the-wall energy like James Wan’s Malignant, or more realistic with its scares, or even gone deeper into Jenn’s pain.

Instead it just delivers a meat and potatoes story that feels like it could have been a left-of-center episode of some network cop drama. Genre fans will likely enjoy this one for what it is, but it’s just more empty calories from Netflix.