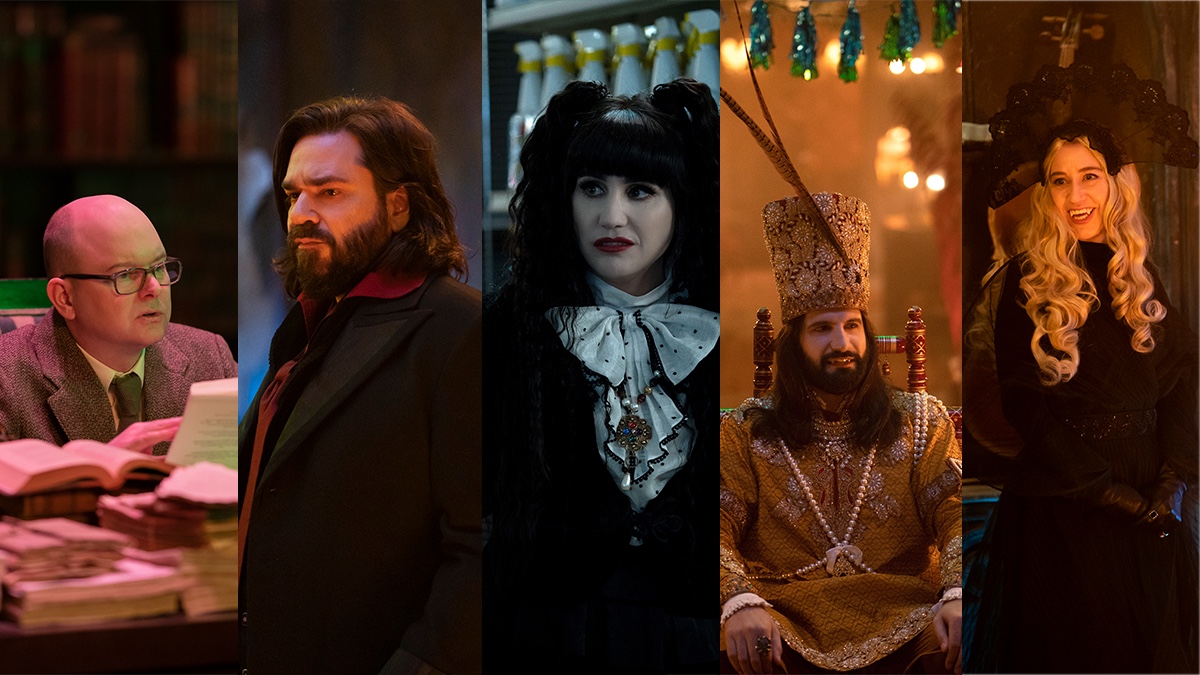 A carefully curated cadre of Den of Geek contributors put their heads together to rank the best vampires on What We Do in the Shadows from 10 to 1. After threats of violence were resolved and votes were cast, the following list is what we came up with. Bear in mind that this list is primarily focusing on the What We Do in the Shadows TV series, not the movie. Movie characters that appear in the TV series (like Viago and Vladislav the Poker) are eligible for the list but only their TV work can be considered.

First off, the runners-up…

And now the top ten…

Whie Taika Waititi’s Viago is best known for his appearance in the original What We Do in the Shadows film, his brief stint on the TV series shone brightly enough to gain him entry onto our list. Viago and roommates serve as the Staten Island vampire gang’s proper entrance to the Vampiric Council. His deadpan introduction of the increasingly famous other vampires on the council helps make one of What We Do in the Shadows’ best moments work.

All great vampires need an equally great epithet. Simon, however, is a shitty vampire and therefore gets a shitty epithet. Simon is the leader of the Manhattan vampires and he is, indeed, devious. It’s just that most of his devious plans involve trying to steal Laszlo’s obviously cursed witch hat.

The Vampiric Council is positively full of vampiric A-listers from Tilda (as in Tilda Swinton), Paul (Paul Reubens), and even an unseen Kiefer. Still, it’s the Half-Vampire Wesley’s appearance via video conferencing that stole our Vampire Selection Committee’s hearts. Wesley’s internet connection is so bad that he barely gets to participate in Vampiric Council business but even getting to see the Daywalker Blade himself is such a treat.

Jenna, a college student LARPer turned vampire by Nadja, hasn’t had a lengthy run thus far on What We Do in the Shadows. After popping up in four episodes of the show’s first season, the young vamp has not been seen nor heard from again. That’s probably because she’s played burgeoning superstar Beanie Feldstein (Lady Bird, Booksmart). And the reason why we haven’t seen that much Jenna of late is also the reason we truly love her: the hilarious Beanie Feldstein is just hard not to appreciate.

There are all sorts of different archetypes when it comes to vampires’ appearances. More often than not you get your traditional handsome aristocrat look like Dracula. Sometimes, however, you get something more bestial akin to Nosferatu. Alongside “The Sire,” Baron Afanas is one of only two vampires on WWDITS old enough to appear as a full-on monster. The reason he works as a character though, is that he’s far more cheerful than his demonic features would suggest. Who could forget the Baron’s exciting night out on the town – getting lit and wearing a New Jersey Devils hat? Though it ended in tragedy, the Baron eventually returned, as all great vampires do.

Mark Hamill’s Jim the Vampire is the highest ranking vampire on our list outside of the “core four” protagonists. This is an impressive achievement given that Jim appears in only one episode. It helps that that episode, season 2’s “On the Run” is an instant classic though. While we all love Laszlo’s stint as Jackie Daytona, regular human bartender, none of it would work without Jim as a perfectly corny antagonist. Hamill, who is a big fan of the show, gives the role his all to deliver a real delight of a vampire.

Nandor the Relentless is the de facto leader of his Staten Island vampire clan. As both the oldest and the most…uh, relentless vamp he comes across his leadership capabilities naturally. Unfortunately, those leadership abilities often lead him and his friends quite awry. Kayvan Novak’s performance as Nandor is truly something to behold. No matter how hard you try, you’ll never be able to tonally replicate his accent when saying “Colin Robinson” or “this fuckin’ guy.” He’s one of the best vampires of all time but our voters just happen to like three of his peers a little better.

Colin Robinson isn’t a traditional vampire per se but he is an energy vampire and that counts. This Dilbert looking guy is What We Do in the Shadows’ most welcome and unique entry into the vampire canon. Energy vampires look like your average accountant. One big difference is that their eyes just happen to light up with a bluish hue as they drain the energy from your body with a perfectly curated boring anecdote. Mark Proksch is truly superb as Colin Robinson. So much so that we hope the show is just joshin’ with this whole “energy vampires only live 100 years” thing.

Here she is: the people’s champ! Najda Antipaxos is our favorite vampire on What We Do in the Shadows because she is somehow the most human of the bunch. Jealous, loud, and narcissistic – she has the elements of humanity down better than most people do. Plus, who could forget her turning young Jenna, or her centuries long tryst with Gregor? The real secret to Nadja’s success, however, might just be that there are two of her. Nadja and her doll familiar make for one hell of a vampiric team.

Stranger Things Was Almost a Found Footage Horror Movie
Winter Soldier Throughout The Marvel Cinematic Universe
Best Games to Play While You Wait for God of War Ragnarok
Orphan Black: The Next Chapter Season 1 Episode 1 | AfterBuzz TV
Why Diablo Immortal May Already Be Doomed