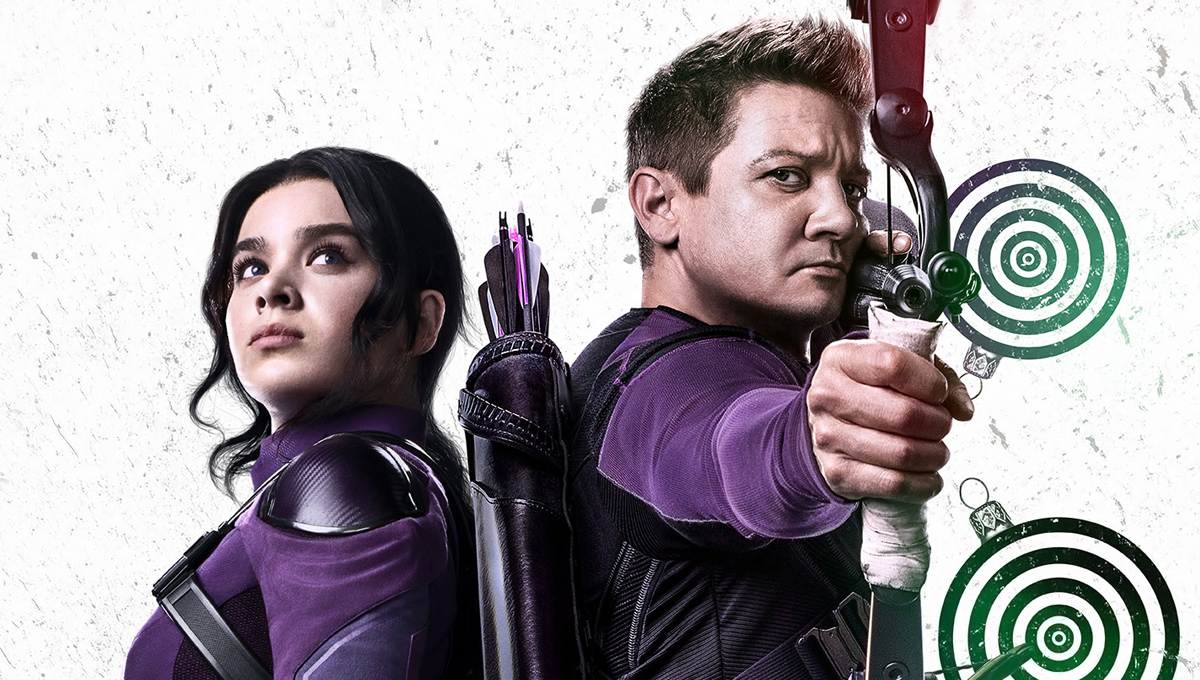 The arrival of Disney+ series Hawkeye will have Marvel Cinematic Universe archer Clint Barton (Jeremy Renner) dealing with the implications of his post-Snap international vigilante spree as Ronin, which made him enemies among the world’s conventional criminals. Yet, rather than hit up one (or all) of his super-powered Avengers contacts, he instead relies solely on the help of an upstart fangirl and would-be arrow-apprentice in Kate Bishop (Hailee Steinfeld). This leads to a rather obvious question, which Marvel’s Kevin Feige now addresses.

Indeed, while we’ve been seeing Disney+ Marvel television shows entangle Avengers members in a variety of personal struggles, Hawkeye appears to have uniquely grounded stakes. This is especially clear when remembering that Barton, who helped save the universe from freaking Thanos and his intergalactic army in Avengers: Endgame, now finds himself in New York City during the Christmas season fending off neighborhood street toughs in matching red tracksuits, albeit as an ominous syndicate presence with a clear bone to pick with him lurks in the periphery. So, when facing such a direct threat to his life—and potentially that of his family—why does Clint forgo any backup, either from his Avengers cohorts or even new Endgame allies like Spider-Man and, by proxy, his spell-casting No Way Home partner in multiverse-making crime, Doctor Strange? Well, when speaking to ComicBook.com, Marvel Studio boss Feige provides an answer… kind of.

“Marvel is the world outside your window,” says Feige. “And in the Marvel comics, yeah, Spidey could swing by at any moment, the Fantastic Four could come flying down. But even in the comics, it’s, ‘What is the story you’re telling?’ And that’s really what always has to be the primary focus. Which, in this case, is very much Clint and Kate; getting to know more about Clint, and getting to meet and know Kate, and everything in this series is focused towards that.”

The studio head honcho, ever the artiste of ambiguous answers about tightly-kept MCU secrets, reaffirms his reputation with this response regarding an apparent discrepancy between Hawkeye’s plot and the formidable resources that are clearly at the disposal of its eponymous main character. Of course, he’s not wrong—obviously, any film or television show, even ones set in the MCU, need to primarily focus on the story and character dynamic at hand before attempting to service its overarching franchise. However, it’s still a clear deflection for what one could argue is an Achilles heel—minor as it may be—of the MCU’s grandiose, perennially-lucrative world-building habit, namely that insular offerings like this show often conjure a personalized character-building conceit that’s contrary to the logic of its continuity. It’s a failing that was often cited for Netflix’s “Street Level” Marvel shows such as Daredevil before their non-canonical status finally became apparent.

However, in an aspect that Feige might have overlooked, one could attribute Clint’s initial go-it-alone approach to guilt and a sense of sole responsibility over his actions as Ronin. As we saw in Endgame, Clint, unable to cope with grief over losing his entire family to Thanos’s population-halving Infinity Gauntlet Snap, is spotted by a recruit-seeking Natasha Romanov/Black Widow in Tokyo after he massacred a cadre of sword-wielding gangsters. Clearly in a dark place, it is apparent that he’d been on this blood-spilling merciless mission for some time, and presumably became the target of seedy syndicates all over the world. Indeed, in the Hawkeye trailer, Clint’s time as Ronin clearly remains a tremendous source of personal guilt, even after his family was restored in the Blip. Consequently, with the show’s apparent inciting incident of a copycat Ronin surfacing, Clint stows his family to safety so he can clean up what is, in his eyes, the mess he made. Of course, the intended solo mission will fortuitously evolve into a tag team task once Kate Bishop crosses his path.

While the series clearly adapts the famous Hawkeye Marvel Comics run of Matt Fraction and David Aja, the extent of the MCU show’s unique criminal syndicate threat is still a secret. However, it clearly connects to mysterious player Valentina Allegra de Fontaine (Julia Louis-Dreyfus), who, as we saw in Black Widow’s post-credits scene, assigns Yelena Belova (Florence Pugh) the task of killing Clint, further motivating her with the lie that he’s responsible for Natasha’s death. Indeed, Pugh’s Yelena will have a presence on the series, as will MCU-debuting, spinoff-series-bound assassin Echo (Alaqua Cox), whose comic-traditional connection to the Kingpin—and Vincent D’Onofrio’s ongoing enthusiasm to reprise his role from Netflix’s Daredevil—has also become a source of speculation about surprise appearances either here or in some other MCU offering.

Hawkeye will premiere the first two of its six-episode season on Disney+ starting on Wednesday, Nov. 24.

The Boys Season 3 Has a Different Take on Fatherhood
The Fortnite/Fall Guys Event Explained: How to Beat Every Challenge and Unlock Every Reward
How The Superman & Lois Season 2 Finale Sets Up Season 3
The Best Thor Comics to Grab For Love & Thunder
The Magicians Season 4 Episode 1 Review & After Show