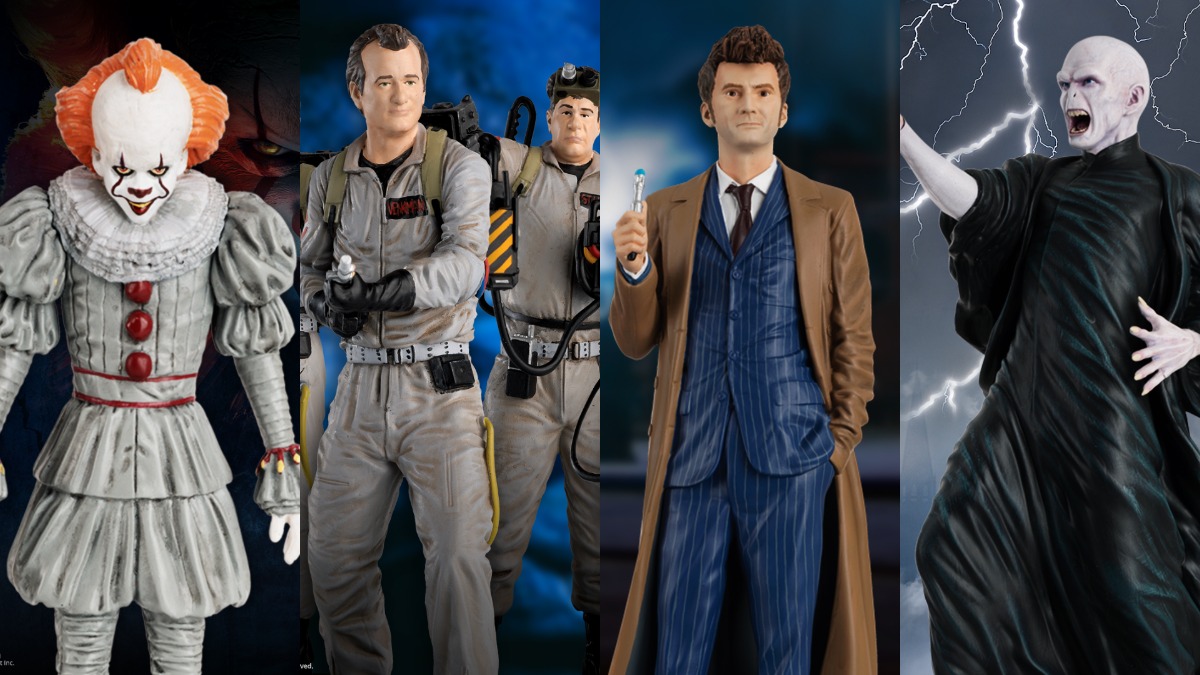 This article is presented by Eaglemoss

For the science fiction and fantasy lover in your life, there is no better gift idea than one of Eaglemoss’ impressive collectibles. From diecast models that come complete with companion magazines to the final frontier of advent calendars and beyond, you’re sure to find some truly fantastic things to give and get here!

The iconic, er, next generation of the Enterprise is a huge part of Star Trek Online’s appeal, and this diecast replica of the starship measures at over five inches long and comes with an exclusive magazine packed with background information.

As seen in the “All Good Things” series finale of Star Trek: The Next Generation, the alternate future version of the Enterprise D features some fantastic modifications. Make this ship a part of your Star Trek collection with this beautifully crafted diecast replica.

Assimilate holiday joy with this jaw-droppingly cool Star Trek advent calendar that includes 24 days of awesome gifts ranging from coasters to socks and beyond.

The signature ship from Space: 1999, The Eagle One Transporter is now a premiere 10-inch long diecast model replica perfect for collecting and displaying.

Buy the Eagle One Transporter

Bring the Orville home now that the titular ship from Seth MacFarlane’s sci-fi comedy is a diecast collectible from Eaglemoss that comes complete with its own display stand.

The debut entry in Eaglemoss’ Stargate: The Official Ships Collection is the Daedalus BC-304 Battlecruiser, an incredibly designed starship that is among the most impressive in the franchise’s fleet.

Buy the Stargate Daedalus BC-304 Battlecruiser

Based on the acclaimed novels by James S.A. Corey, The Expanse is a sci-fi phenomenon unlike any other. Eaglemoss’ presents this diecast and high-quality ABS plastic replica of the series’ Rocinante Ship that measures 8.6 inches long and is an absolute beauty.

One of the most memorable ships in the Battlestar Galactica saga, the Loki Heavy Cruiser soars again thanks to Eaglemoss.

Fallout is the hottest video game franchise today, and this impressive model of the game’s Vertibird aircraft is certain to be one of this year’s most in-demand collectibles.

Allons-y! With a mischievious manner that masks an inner darkness, David Tennant’s portrayal of Doctor Who’s Tenth Doctor remains a fan favorite — which is just one of the many reasons that this 12.5-inch handpainted polyresin statuette of the character is a must own.

From the Game of Thrones collection comes this massive hand-painted model of Drogon that features a wingspan of the dragon that measures approximately 15 inches.

Nightmare fuel, thy name is Pennywise! Eaglemoss’ The Horror Collection presents this terrifyingly lifelike 1:16 scale figurine of Pennywise from IT: Chapter Two that comes with its own collector’s base.

He who shall not be named gets a 12-inch tall Mega Edition hand-painted figurine that captures the magic and drama of Lord Voldemort’s final battle against Harry Potter.