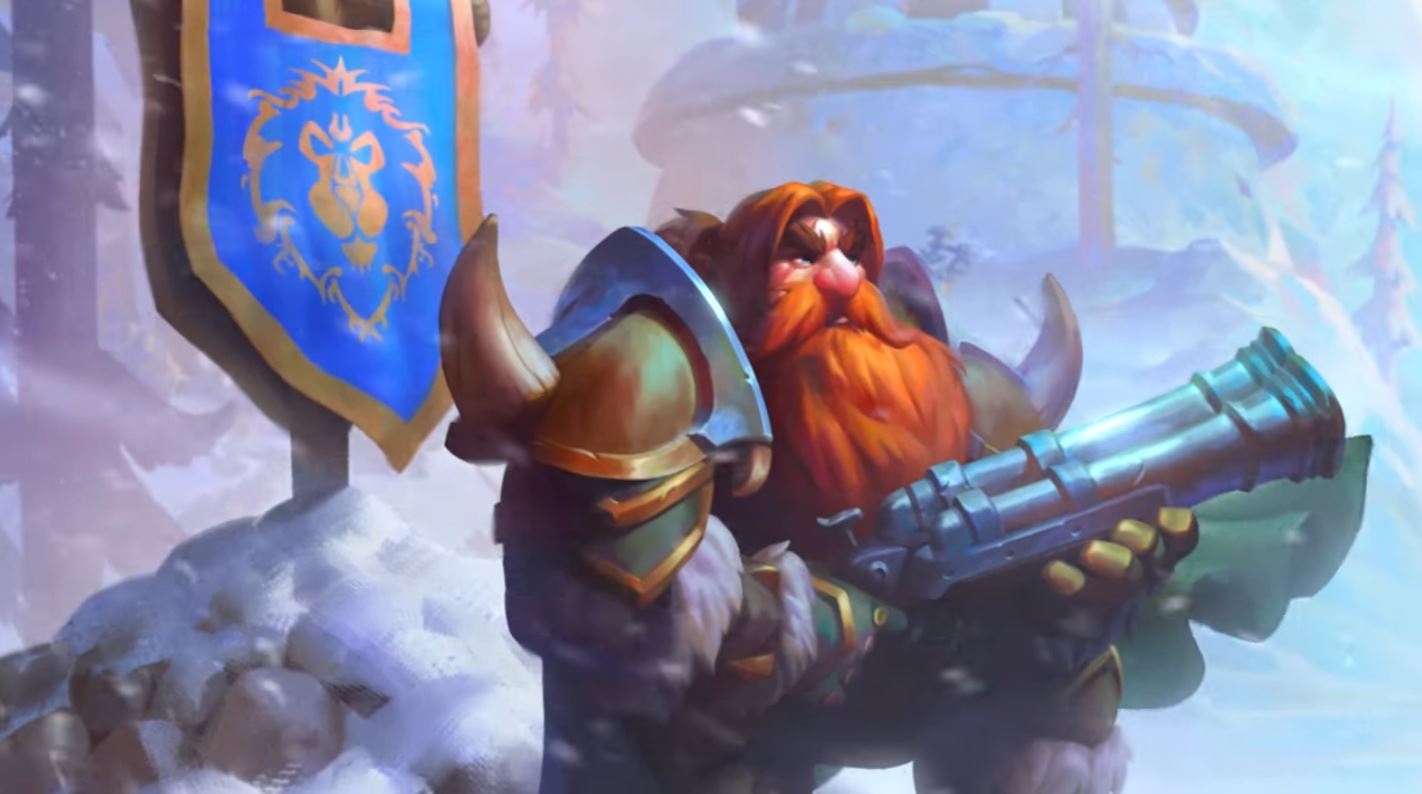 Hearthstone‘s Fractured in Alterac Valley expansion has just been released, and it’s already clear that the game’s new cards are going to shake up the CCG’s competitive meta.

While some of those new cards simply bolster existing deck types, we’re already seeing them enable a few entirely new deck types that players are currently scrambling to solve during the exciting experimental phase that follows the release of any new Hearthstone expansion.

So if you’re looking to enjoy the new expansion while winning a few games in the process, here’s a look at 10 of the best decks in the early days of the Fractured in Alterac Valley meta.

“Cheating” out big minions has been a perfectly viable Hearthstone strategy for a while now, and this deck proudly carries on that often frustrating tradition.

This deck uses Demon Hunter’s surprisingly cheap board clear cards to deal with aggro players during early turns while slowly building towards massive mid-game plays that often leave your opponents staring at multiple late-game minions by turn 5 or 6.

The beauty of this deck is that it forces your opponent to keep coming up with answers they will probably eventually run out of.

There is a bit of an argument to be had regarding the best aggro Druid deck out there at the moment, but it’s hard to argue against this deck’s consistency and proven potential.

This isn’t exactly a complicated deck. Like many aggro decks before it, this build is designed to flood the board with small minions and pull off powerful swing turns that are very tough to consistently play around. What makes this version of that basic concept special are the unique ways that Druids can draw extra cards and put extra minions on the board without running out of gas quite so quickly.

This is definitely a case of an already good deck being made better by new cards.

Secret Hunter builds have been going in and out of fashion for a few expansions now, but I think that this version of that concept has the potential to be one of the best we’ve ever seen.

This deck consists entirely of cards that are either annoying or incredibly aggressive. It aims to end the game relatively quickly, but it’s more than capable of surviving late games against more “control” style decks by virtue of the power of its package of secrets.

While this deck is definitely dependent on new (i.e. unproven) cards, it’s a lot of fun to play and has a ton of potential.

While there are more proven Mage decks out there, I have to talk about this potentially very powerful (and quite fun) “Big Spell” Mage build that has a lot of players buzzing.

The entire bottom part of this deck is designed to keep the board clear long enough for you to pull off some truly crazy late-game plays. Yes, this deck is somewhat dependant on a few random things going your way, but the odds are still in your favor.

These kinds of Mage decks have had a lot of “luck” in recent expansions, and I think that this one might just continue that trend.

Again, there are more reliable, and possibly better, Paladin decks out there, but you have to know about this absolutely wild concept known simply as “Bridge Paladin.”

The key to this deck is the new Dun Baldar Bridge card that buffs the minions you summon for three turns after you play it. When you combine that card with some of the ways that Paladins can easily summon extra minions, you’re able to generate ridiculous scenarios that only a few board-clear cards can overcome.

Even if this deck doesn’t become competitively viable, I can guarantee you that you will have a lot of fun playing it.

If you’re looking for a new deck that doesn’t actually require that many new cards, I highly recommend giving this Quest Priest deck a shot.

This deck is designed to control the matchup long enough for you to win the game via the “destroy your opponent” card that you get from completing the Priest questline. What’s really fun about this particular build, though, is that it’s designed in a way that allows you to win some matches without even needing to finish that quest.

I think that this deck will need to be tweaked a little bit as the early days of the expansion play out, but it’s certainly a viable control option.

There’s really no doubt that some kind of Rogue deck running the new Shadowcrafter Scabbs card is going to work its way to the top of the game’s meta, and I think that this particular build has the best chance of fulfilling that card’s incredible potential.

This variation of the existing Quest Rogue build still relies on Battlecy cards and card generation abilities to torment your opponent but now benefits from Shadowcrafter Scabbs’ ability to reset the board and unlock devastating combo options.

At worst, this is a solid deck that you’ll be able to rely on in the majority of matchups. It might be better than that, though.

The Hearthstone team is seemingly determined to make Freeze Shaman a thing, and Battle for Alterac Valley may just be the expansion that turns this former joke deck into a serious contender.

This deck just has a little bit of everything. It’s the first Shaman deck in a long time that can actually consistently draw cards, it can frustrate any minion-based decks with its freeze abilities, and it can probably out-tempo most aggro decks while playing bigger minions along the way.

This is another concept that probably requires a bit of experimentation, but the core concept is definitely there.

Humongous Owl and Dreadlich Tamsin are two of the best new cards in the game, so it just makes sense to put them in the same deck.

This deck is designed to trigger Humongous Owl’s Deathrattle effect as often as possible, which honestly works way better than it has any right to. Alternatively, you can win always win the game through this deck’s control cards, life gain abilities, and big minion plays.

I love decks with a “win condition” that can also survive outside of those conditions, and that is what you get with this exciting and fun build.

While previous Warrior decks were divided between “Control” and “Pirate-based Aggro,” this unique build manages to combine both those concepts in fascinating ways.

While this deck can win the game earlier than other control decks, its biggest strength is the “inevitability” factor that Warrior’s Quest and Hero cards grant you. There are very few decks in the meta at the moment that can outpace this one and scale into the late game quite as well.

Again, be prepared to tweak this one a bit based on the meta, but the foundation is definitely there.