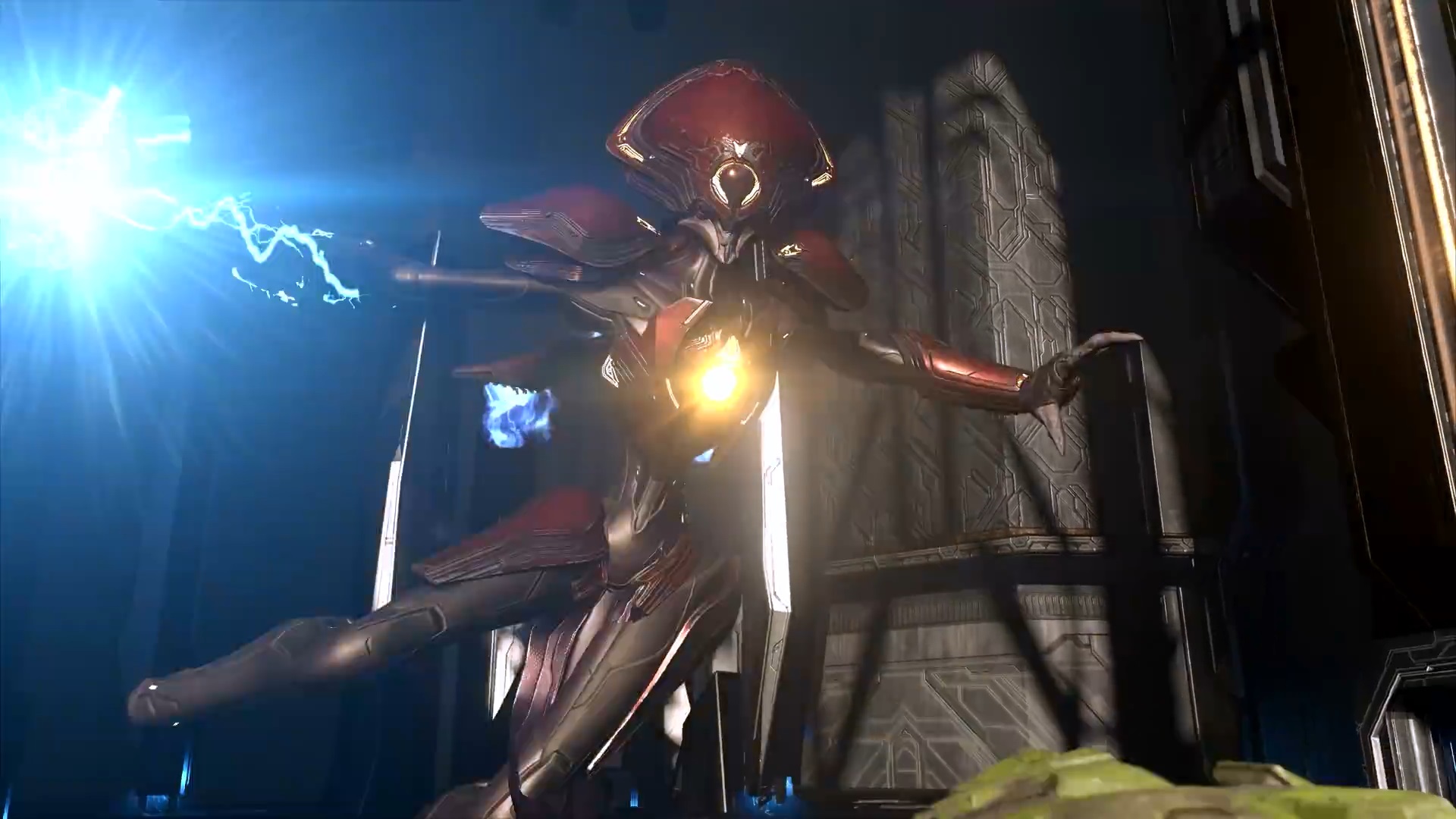 While Halo Infinite sets up quite a few mysteries that clearly won’t be solved until developer 343 releases an inevitable sequel, few of the game’s mysteries are as prominent or compelling as the origins of the Harbinger.

The Harbinger is treated as one of Halo Infinite’s primary antagonists (they even serve as the game’s final boss), but there’s this lingering feeling that they’re so much more than another villain. The problem is that the game doesn’t exactly slow down long enough to try to explain what, exactly, the Harbinger is and what they really want.

It’s pretty clear that we’re not meant to know everything about this character quite yet, but here are a few thoughts and theories we have about their apparent origins.

The Harbinger and The Endless

One thing that we can say about Harbinger’s origins with some level of confidence is that they are, in some way, related to The Endless. What are The Endless? Well, that’s another one of those great questions that Halo Infinite doesn’t exactly bother to clearly answer.

There’s a scene towards the end of Halo Infinite in which The Harbinger relays a sense of bitterness towards the Silent Auditorium (a place the Forerunners used to judge, imprison, and punish their enemies), which is really the strongest piece of evidence that she is indeed one of the Endless (or someone who represents their interests) and is trying to free her people.

Even if we assume that the Harbinger is one of The Endless (which seems likely even if there are a couple of holes in that theory that haven’t been filled quite yet), that still wouldn’t explain why they are known as the Harbinger. So far as that goes, though, we do have another theory…

The Precursors and The Forerunners

Following the end of the Forerunner-Precursor war, some of the remaining Precursors turned into an infectious “dust” that eventually gave birth to The Flood (which is kind of a simplification of the process, but you get the point). While The Flood carried out the basic will of the Precursors (which is to say “vengeance against the Forerunners”), they weren’t “true” Precursors in terms of their form and abilities.

A popular theory going around at the moment is that The Endless are either disciples of the Precursors out for revenge or may even just be the Precursors themselves. Along those same lines, some fans believe that the Harbinger is ultimately trying to resurrect the Precursors (and potentially The Flood alongside them). That would certainly help explain why they use the name “Harbinger,” which is a word used to signify something that announces or signals the approach of another. At one point, the Harbinger even refers to themselves as “the Harbinger of Truth,” though there is some debate about what that truth is. My guess is that she’s referring to the wrongful imprisonment of the Endless (or at least wrongful in her mind), but she may be referring to the Forerunner’s war against the Precursors.

Maybe some people are overthinking this, though. Maybe the Harbinger is simply trying to free The Endless, and maybe The Endless are enough of a threat on their own. In fact, there’s another part of Infinite’s story that seemingly helps support that particular theory.

Atriox, The Harbinger, and The Endless

Halo Infinite’s mysterious post-credits sequence sees Atriox use mysterious Forerunner technology as voiceovers discuss what certainly sounds like the logic behind the imprisonment of The Endless. My guess is that Atriox is essentially freeing The Endless from their captivity and that the voiceover is meant to sell the threat they represent (at least in The Forerunners’ minds) as well as possible additional measures the Forerunners may have taken to prevent them from being freed.

That being the case, my guess is that The Harbinger is a member of The Endless who has coerced The Banished into helping her free her people from Zeta Halo. Atriox seems to have managed to do just that based on Halo Infinite‘s post-credits sequence, and future Halo games will likely treat The Endless as antagonists.

As always, though, be sure to let me know if you have any other theories about the Harbinger in the comments below.