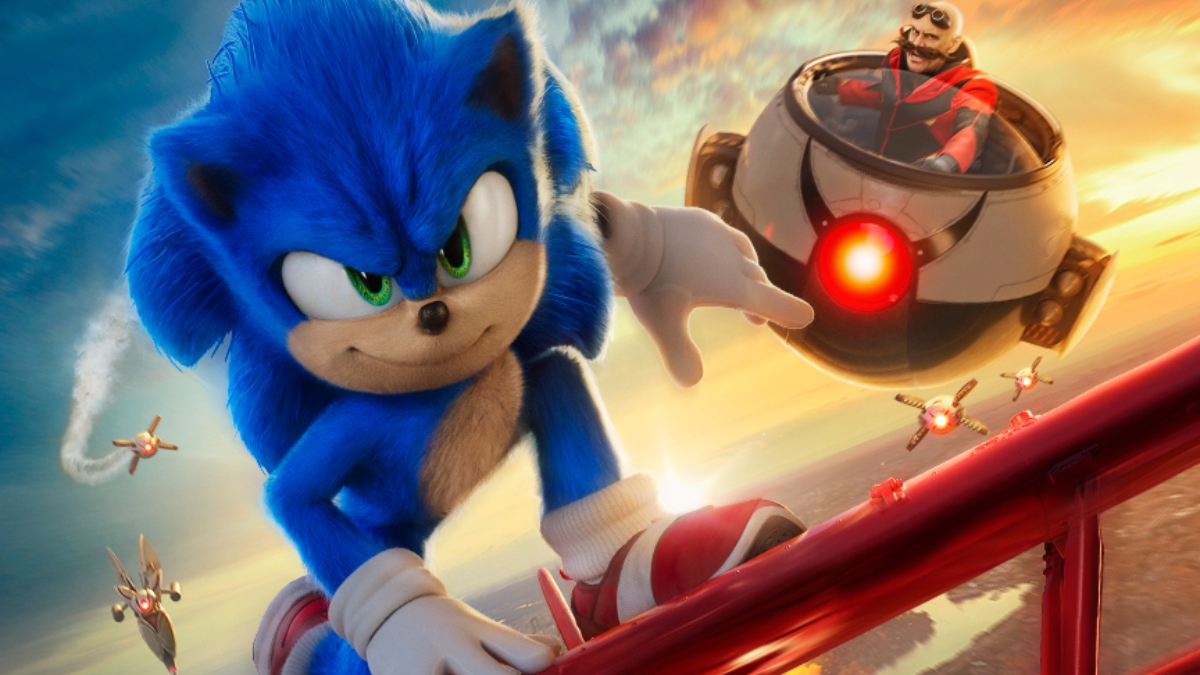 No movie has had a comeback story tied to its trailer like Sonic the Hedgehog. The original film’s first trailer was met with widespread scorn thanks to the nightmare inducing design for Sonic and the bizarre music choice of “Gangsta’s Paradise.” This reaction was so strong that Sonic’s design was completely overhauled and when the second trailer dropped the critical reaction made a 180. The film itself went on to be a box office hit and well beloved by longtime fans of the franchise.

Now we’ve finally got our first trailer for Sonic the Hedgehog 2 and they’ve clearly learned from their mistakes. This trailer is packed to the brim with fan pleasing moments, Easter eggs galore, Knuckles, and most importantly? Sonic doesn’t have uncomfortable teeth.

Just in case you somehow haven’t watched the Sonic the Hedgehog 2 trailer let’s remedy that, shall we? Check it out and then we’ll flex our Sonic fan muscles and take a close look at all the way past cool references and Easter eggs we could find.

Sonic was catching some sick air on that board! While Sonic never got to peak ‘90s and totally shred some sick skateboard air in his original games, “Classic Sonic” in Sonic Generations was able to use a skateboard. While not technically skateboards Sonic did ride around on a hoverboard in the racing game Sonic Riders. He also sort of skated through the city on a piece of metal in the opening level of Sonic Adventure 2.

Snowboarding however Sonic has done, as we see later in the trailer, albeit it briefly at the start of a level in Sonic the Hedgehog 3.

Robotnik states that, “since I’ve been gone I’ve discovered the source of ultimate power.”

When we last saw Robotnik he was on the “Mushroom Planet” which bore some resemble to Mushroom Hill Zone from Sonic & Knuckles. It’s unclear whether the Emerald seen in the trailer is intended to be a regular Chaos Emerald (which, if the player collects all 7, can be powered up), a Super Emerald (as named in Sonic & Knuckles and basically enhanced versions of the other Chaos Emeralds) or the Master Emerald, which control the other Chaos Emeralds. Considering the one we see in the trailer is green, it’s of such a large size, and Robotnik claims it has ultimate power, we’re going to assume it’s the Master Emerald. No doubt Robotnik will use this to try and overpower Sonic.

When Tails appeared in the post-credits scene of the first film it ignited applause from fans across the world (especially the eight year olds sitting in front of me.) In that brief appearance he was voiced by the current voice of Tails in the games and TV shows, Colleen O’Shaughnessey. Fans hoped she’d get to stick around for the sequel and not be recast with a big name celebrity and thankfully her voice has been retrained and is given prominence in the trailer. She even gets to yell, “SONIC!” which is what Tails would yell when he died in Sonic Adventure 2.

Interestingly it appears Tails and Sonic have never met before (perhaps Tails has had heard of him though) but it looks like they’ll become fast friends.

The distinctive red biplane Tails pilots in the trailer made its first appearance in Sonic the Hedgehog 2 on Sega Genesis. There the plane was prominently featured in the Sky Chase Zone where Sonic attacks enemies and Tails maneuvers to catch him. The Tornado has gone on to appear in many iterations of the Sonic franchise with several redesigns and extra attachments. The version in the film most closely resembles the one from Sonic the Hedgehog 2 on Genesis.

Sonic is shown jumping (with game sound effects) through what seems to be some kind of tunnel with lava. With Knuckles making an appearance in this film it’s highly probable that this set piece is a reference to Lava Reef Zone, which appears in Sonic & Knuckles. We hear Sonic collecting rings but no rings are seen on screen, so that sound effect is probably just for the trailer.

Robotnik flies a machine that resembles the Egg Mobile from the first Sonic game. The machine has been given several different names across the various Sonic continuities including the Egg-O-Matic in Adventures of Sonic the Hedgehog. The first live-action film had Robotnik piloting a flying machine but this one clearly draws much more inspiration from the games.

Here he comes, rougher than the rest of them. The internet felt a collective knock knock on its door when Idris Elba was announced as the voice of Sonic’s friendly nemesis. Knuckles made his first appearance in the series in Sonic the Hedgehog 3 as an antagonist before becoming a playable character in Sonic & Knuckles. Since then Knuckles has become a staple for the franchise and is often a playable character and main star in various Sonic spin-off media. (He once had his own comic and you have to read about it to believe it.)

The version of Knuckles in the trailer is only briefly seen but he’s very much Knuckles from his original appearances in the games. He’s tough as nails and a worthy foe for Sonic, unlike some of his more recent appearances where he’s been portrayed as a lovable meathead idiot such as in Sonic Boom.

Elba’s voice is immediately commanding and downright COOL. His line, “do I look like I need YOUR power” is the stuff edgy Sonic fanfics are made of. It’s perfect.

Much like in Sonic the Hedgehog 3, we’d guess Knuckles has been tricked into working for Robotnik and will eventually switch sides to help Sonic. Knuckles’ backstory was also deeply tied into the Chaos Emeralds so we’re sure he won’t be happy when he learns Robotnik is messing with them.

Spot anything we missed? Got more Sonic the Hedgehog deep cuts you want us to dig into? Let us know in the comments.