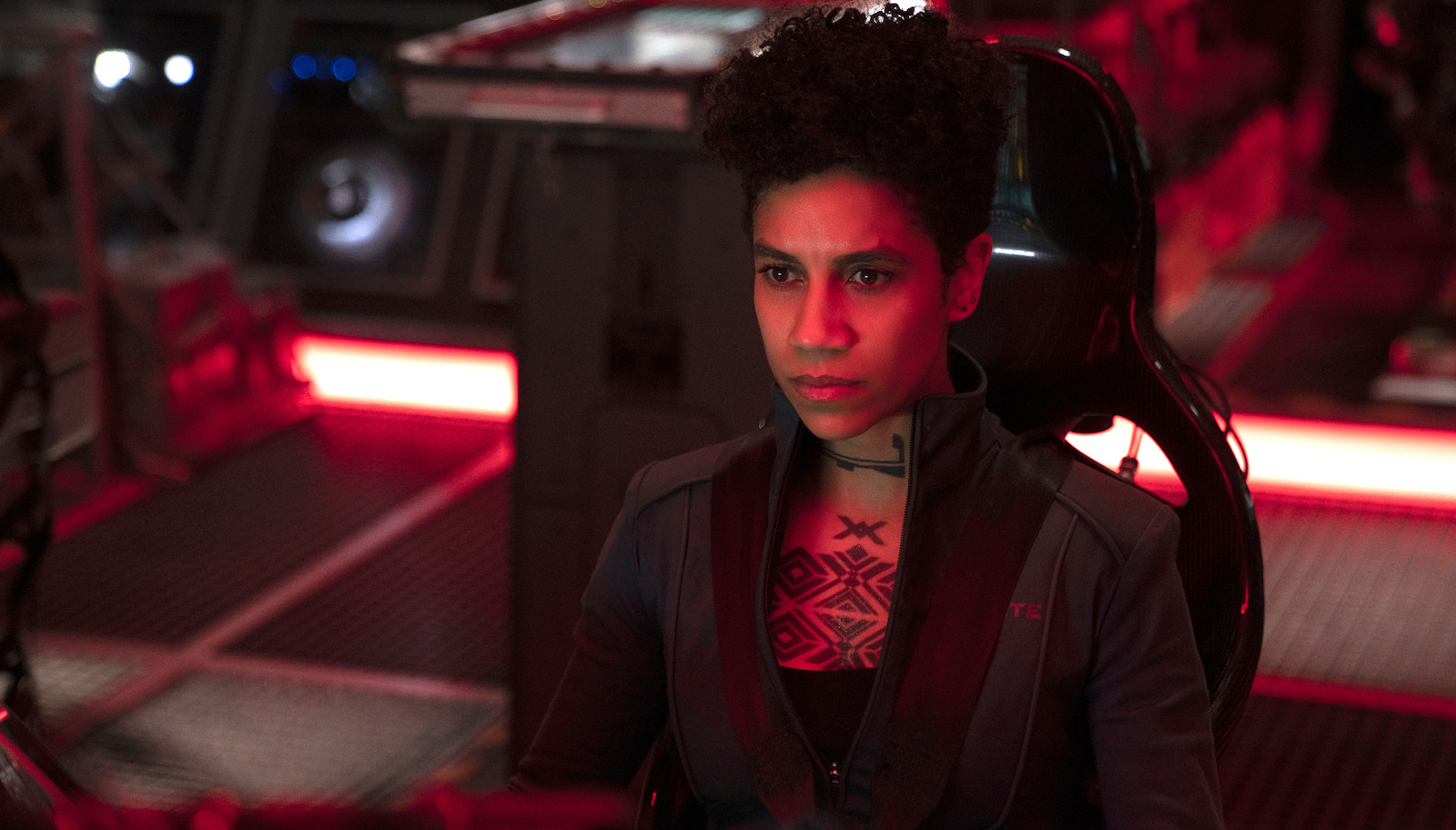 This review of The Expanse contains spoilers.

Fans of The Expanse don’t want their show to end, and although they only had to wait eight months between seasons 5 and 6, everyone wants each of these last six episodes to be as full and satisfying as possible. In that sense, “Strange Dogs” was both triumphant in signaling the show’s return and disappointing in merely setting up the action to come. Although the premiere was a necessary introduction to the continuing story, a desire for more created a paradoxical urge to get to the next episode while simultaneously not wanting to rush the little story we have left to enjoy.

That’s not to say there wasn’t plenty to enjoy about the return of The Expanse. First of all, it was nice to see our core crew together and back aboard the Rocinante, even though the gravelly drawl of Alex Kamal is no longer among the voices heard — we’re allowed to miss the character after all, no matter what the actor may have done. The presence of Clarissa Mao creates a bit of tension that will certainly be explored, but at the very least she rounds out the quartet, making the team seem not so small.

Naomi especially seems to be unsure of how to feel about having a former enemy like Peaches as a crewmate, but her general demeanor has changed anyway given what she went through during her captivity with Marco and the Free Navy. Her discomfort in the pilot’s seat and her frustration with Holden as he risks his life shutting down the asteroid’s drive cone are just further manifestations of her struggle to readjust to life among friends.

The adventure on the asteroid did provide a small bit of action for this otherwise expository episode of The Expanse. The idea of a spotter ship sending signals to send each wave of modified rocks toward Earth is both terrifying and fortuitous, given that the Rocinante stumbled upon an active weapon just as the signal arrived, allowing Naomi to trace it to its source. Hopefully, a mission is about to unfurl to remove a key element of Marco’s plan.

Not that Marco seems to be good for much beyond speeches and verbal abuse towards his son, Filip. The motorized asteroids are distractions while he consolidates power, but his need for validation will be his undoing. Likewise, Filip’s desperate attempts to gain respect are both misguided and poorly executed. He feels entitled because of his name while simultaneously feeling inferiority and guilt over his role in Earth’s devastation. How can anyone be surprised that Filip executes his friend for questioning him after yet another rejection from the pretty bartender?

But it’s hard to care about Marco and Filip, especially when Drummer remains everyone’s favorite Belter leader. It was painful to see how the crew of the Tynan has suffered by being on the run, and watching Michio screw up so badly in their scavenging efforts was upsetting as well. Again, the setup is effective, and we clearly anticipate an amazing storyline from Drummer and her family, but the relatively mundane introduction to this arc was unfortunately all too brief.

Like Bobbie, we’re bored of all the talk and want more action. Although Avasarala’s disdain for optimistic bluster from her advisors is appropriate, it does echo the audience’s desire to stop playing defense and go on offense. Obviously, The Expanse has no choice but to set up the season’s story this way, but we want Bobbie’s new mission, among other things, to start as soon as possible.

So while the premiere of The Expanse season 6 wasn’t exactly exciting, the return of the show and the characters we love was, and the introductory nature of this episode can be forgiven since the direction things are headed seems to promise more enjoyable installments to come. The series by no means needs to be all action without any expressive or narrative dialogue, but we want to make the most of the limited time we have left with the show we love.