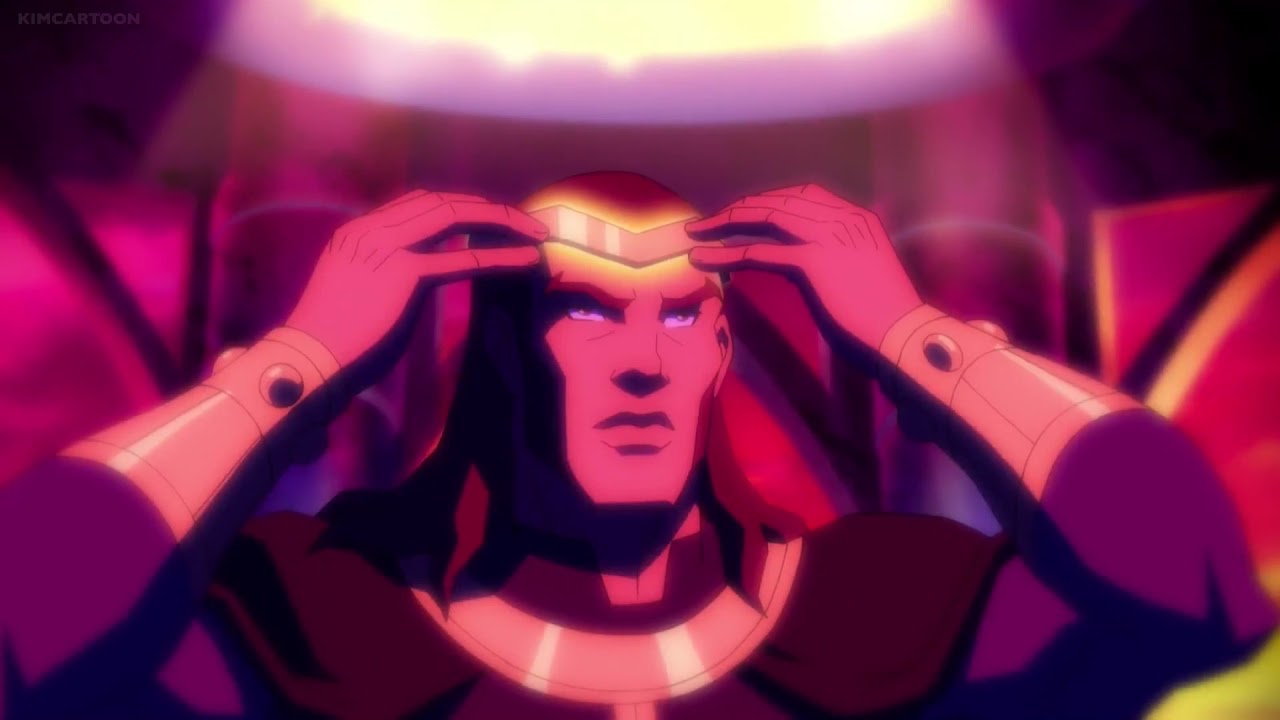 Young Justice continues its ignominious probable sendoff with another episode that tells a far more interesting story than it shows. The pacing of each episode is so odd that I’m certain this is it for the series; the storytelling choices they’re making have me convinced it’s probably for the best.

The sequences the show selected to animate this week include a fairly rote but capably directed magical fight sequence between Klarion the Witch Boy, the Child, Flaw, and eventually Etrigan, making his debut on the show at the behest of The Phantom Stranger and Zatanna’s magical crew. The Lords of Chaos have revoked Klarion’s Earth pass due to his apparent subservience to bastard agent of order Vandal Savage, and The Child is there to help him discorporate. The battle ends with Klarion teleporting away after The Child flipped a substantial part of the Delmarva peninsula at him.

There are also a few sequences on Baby Bioship, where J’onn, M’gann, and M’ree are only a week out from Earth. These contain a nice moment of catharsis between the sisters, as well as an unexplained space bound school bus, and long periods of sitting quietly. We also check in on Beast Boy, who is, like so many of us, scrolling through his phone in bed.

The sequence Young Justice chose not to animate is the entire history of Atlantis, from its founding by Vandal Savage’s grandson Arion, through the birth of Homo magi and Homo meta, the offspring of Savage with magical and superhuman abilities (respectively), through the city-state’s conquering of the Atlantean continent, up to its sinking at the hands of Klarion and Vandal. Klarion wanted Atlantis sunk for funsies.

Savage wanted it done with the expectation that some of its residents would gain the ability to breathe underwater and thus give him dominion over the 75% of the planet covered by water. This is, now that I’ve typed it out, an extremely stupid plan, but it’s dumb in a very comic book-y way that I am very forgiving of.

What I can’t really forgive is the fact that Young Justice: Phantoms keeps spending the more interesting half of so many episodes animated like a motion comic, while giving us scene after scene of Beast Boy in bed, or Miss Martian with her hands folded in her lap. I understand the compelling need, in today’s world, for realistic representations of the grieving process. But I’d argue that burning several minutes across several episodes showing us a super-strong shapeshifting telepath staring off into space or a funny animal boy scrolling through Twitter misses a fundamental part of the appeal of these characters. And to do so seemingly at the expense (both financial and time) of showing us the founding, conquering, and destruction of the most important mythical location in the DCU by its greatest tyrant and the obnoxious shit who’s also a fundamental galactic force, is completely inexcusable.