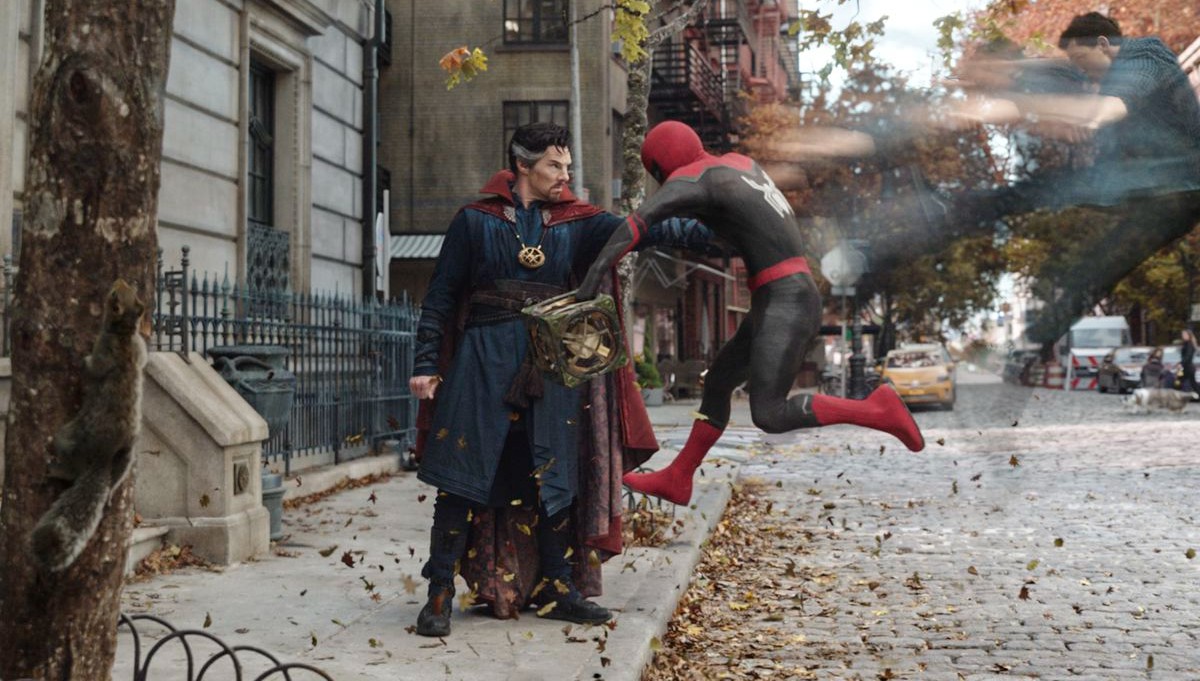 One is your friendly neighborhood wall-crawler, a kid from Queens trying to juggle his life and his duty to help others. The other is the grand protector of our dimension, fighting mystical threats from throughout the multiverse. They may not sound like they complement each other on paper but, believe it or not, Spider-Man and Doctor Strange work really well together.

It’s actually fairly common to see the two of them working together–their paths cross pretty frequently on the streets of New York, and Spidey is the type to always (inadvertently or not) stick his nose in other heroes’ business. And with them showing up on the big screen together in Spider-Man: No Way Home, we figured it was worth looking back at some of their best comic book team ups.

Spidey and Strange’s most controversial pairing is also probably the biggest influence on No Way Home. Writer J. Michael Straczynski and artist Joe Quesada attempted to put the toothpaste back in the tube after Peter outed his own secret identity in the pages of Civil War.

After Aunt May is shot by someone trying to hurt Peter, he goes to Doctor Strange to ask him to make the world forget who he is. Strange helps him try to find an expert to undo his mistake, but after striking out with the likes of Mr. Fantastic, Dr. Doom, and the High Evolutionary, Peter eventually decides to go in a different direction and hooks up with Mephisto, lord of actual, literal Marvel Hell, and trades his marriage to Mary Jane Watson for his aunt’s life and his secret identity.

Canonically their first team up, this 1998 retcon by Kurt Busiek, Roger Stern, and Neil Vokes has Doctor Strange using Spider-Man to help him find two of Baron Mordo’s thugs who have stolen the Lantern of Lantarr, a magical doohickey that contains dangerous power that will help Mordo control the world. It’s not an especially deep story, but it’s fun seeing this wild magical world through Peter’s extremely fresh eyes. We get a healthy dose of early Spider-Man’s supporting cast too, as J. Jonah Jameson, Flash Thompson, Betty Brant, and others are transported to a mystical dimension full of M.C. Escher twists and portals.

This is the first chapter of what would come to be known as “The Wand of Watoomb Saga,” which follows evil mage Xandu as he tries to steal the powerful Wand of Watoomb. This starts off as a fairly stock story about thugs hypnotized by Xandu and tricked into trying to steal the wand. But it’s the first time Spidey and Strange actually meet, and it comes with some unbelievably stunning art from the co-creator of both characters, Steve Ditko.

Len Wein and classic Spidey artist Sal Buscema continue “The Wand of Watoomb Saga.” This time, Xandu hypnotizes Peter into stealing the wand, and Strange and the web-head briefly fight before Spidey snaps out of it and they defeat the evil mage together.

While in Xandu’s hideout, they discover his reason for trying to get the wand back: he wants to resurrect his beloved Melinda Morrison, who he accidentally killed years ago, and he believes the Wand will give him the power to do it. Strange defeats him and throws the Wand away in the pocket dimension Xandu created for their battle.

Technically, this isn’t a Doctor Strange/Spidey team up. It’s a Scarlet Witch/Spider-Man one, with (yet again) stunning art from a titan of the comics industry, P. Craig Russell. In this one, Xandu uses his mystical powers to put the Scarlet Witch’s consciousness in Melinda’s preserved dead body, but he doesn’t have Melinda’s consciousness to put in Wanda’s. This leads to an adventure with Wanda, Melinda, and Spider-Man battling demons in the Death Dimension to put everyone back where they belong. This story ends with Xandu inadvertently trading places with Melinda and staying in the Death Dimension.

Written by Roy Thomas and Gerry Conway, and featuring terrific artwork  from Michael Bair, this story sees Xandu trying to enchant Melinda into committing suicide so she can join him in the Death Dimension. Like in the trailers for No Way Home, Spider-Man gets his astral self punched out of his body, which is taken over by Xandu and brought to the Death Dimension with Melinda, and Strange follows. A big fight breaks out, but everyone ends up in the correct bodies. Melinda and Xandu switch places on Earth and the Death Dimension again, and Strange blows up the Wand of Watoomb. Again.

“The Wand of Watoomb Saga” comes to a close as Xandu decides enough with the place swapping already and tries to merge Earth and the Death Dimension. Scarlet Witch, Spider-Man, and Doctor Strange work together to try to stop the hostile takeover. There’s a big zombie fight, and Captain America gets to help out. Ultimately, this one brings Xandu’s saga to an end and firmly installs Melinda Morrison as the true and rightful ruler of the Death Dimension.

Let us know what your favorite Spider-Man and Doctor Strange team-up comics are in the comments!