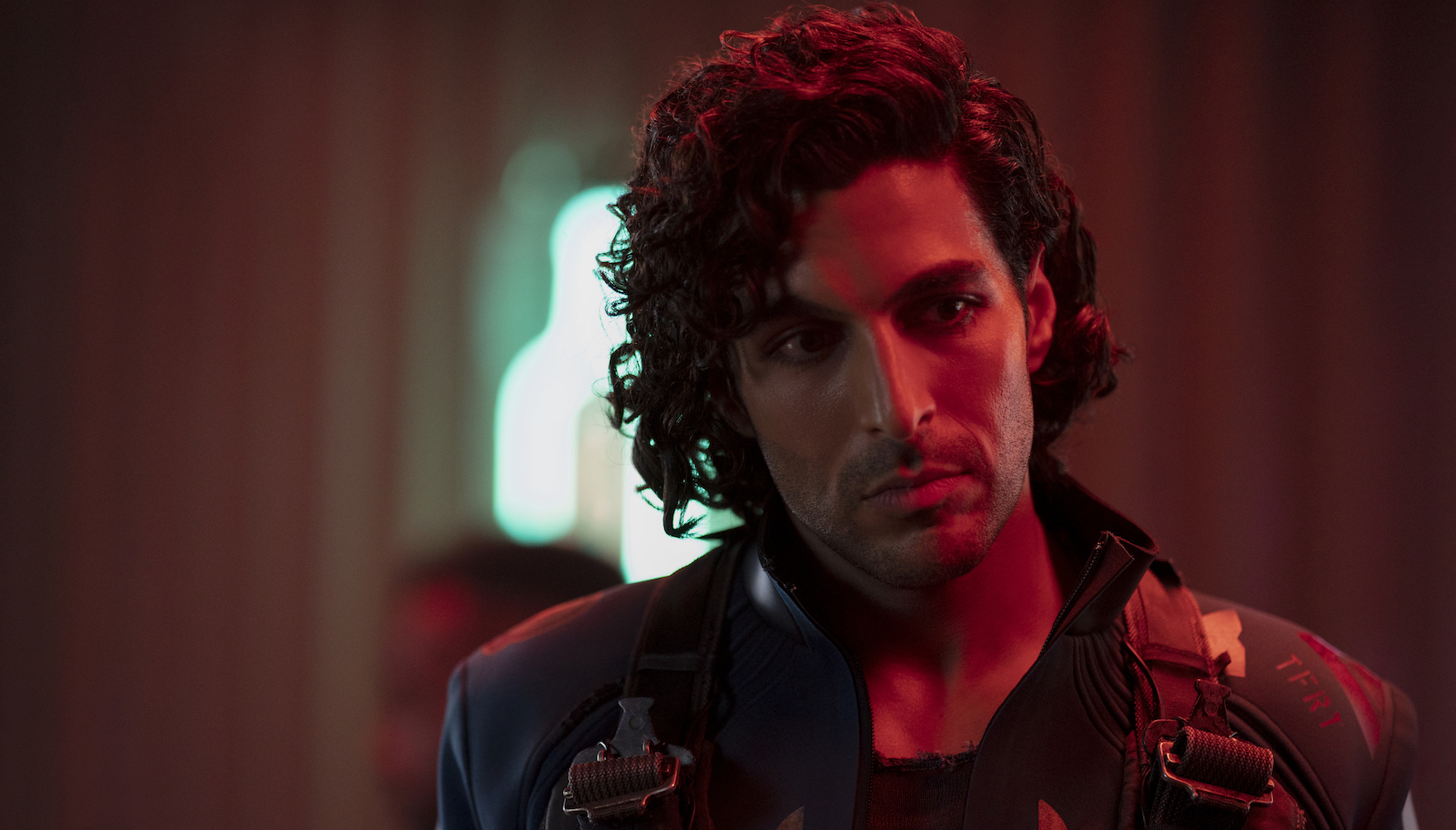 This review contains spoilers for The Expanse.

Like last week, the latest episode of The Expanse benefited from an exciting battle in space, but unlike the previous installment, which had plenty of emotional punch, “Force Projection” seemed unable to focus intently enough on any one subplot to keep viewer interest. Aside from some welcome cameos from Amos’ past buddies, Pastor Anna (Elizabeth Mitchell) and Prax (Terry Chen), this episode was mostly notable for reinforcing our image of Marco Inaros as an incompetent asshat.

Even Marco’s strategy of abandoning Ceres, while brilliant in terms of its negative public relations for the UN (both among their own constituents and the Belter population), lacks any sort of narrative impact. Granted, this political twist is straight from the pages of the sixth The Expanse novel, Babylon’s Ashes, but seeing the stripped equipment and the food lines was visually not very dynamic. It works in the book but not so well on the screen.

It’s a question of show rather than tell. Pastor Anna talks about the devastation on Earth in Monica Stuart’s human interest story, and we see the effects it has on Michio all the way out  in space aboard the Tynan. Contrast that with the fact that Amos gets a message from Prax about a new yeast strain that could feed millions. It’s a wonderful breakthrough at the most necessary time imaginable for Belters and Earthers, but until we see its impact, it’s just another fact to take note of.

There will almost certainly be a payoff to many of these dry details, but there’s not much left of The Expanse to appreciate. The disconnected story on Laconia, for example, clearly is leading up to something revelatory, but the death of the young girl’s brother is so abrupt and illicits a single horrifying idea. If the alien dogs can repair a drone (notice the protomolecule-blue propellor) and zombify a bird, what plan for resurrection might the guilt-ridden girl hatch to save her little brother?

Then there’s a lot of talking about Clarissa’s bad choices and Naomi’s space-jumping trauma. Those scenes were great from an acting and dialogue standpoint, make no mistake, but they didn’t tell us anything we didn’t already know. Similarly, the Galt and the Saberhagen joining Drummer’s insurrection was expected, but nothing actually came out of the scenes on the Tynan other than Michio’s reaction to Monica’s news piece. Even Monica herself being embedded with the UN Marines seemed to be marking time.

Fortunately, we had the battle between Marco’s three ships and the Rocinante — what a thrill! Everything about the dogfight was magnificent, from Bobbie cleverly aiming her PDC fire to where the Pella would inevitably dodge to Amos and Peaches trying to fix the cannons while the Roci pivoted on a dime. And the crowning moment: Holden disabling the missile before it could kill Filip along with his terrorist father. Unlike with the overly expository scenes elsewhere in this week’s The Expanse, the lack of dialogue is what really sold that resolution.

We’re left wondering about the disappearing ships that Naomi is investigating, but the real mystery surrounding the gates this week is the question of what just emerged from the Laconian gate where the rogue Martians have set up shop. With operational testing commencing on the unusual-looking ship, what is meant by, “If this one perform as well as the others, it will be fun,” and how does it play into Marco’s grand plan, such as it is? While we wait for the answer, let’s all head to Ceres to enjoy the noodles, booze, and union brothels with Amos, shall we?