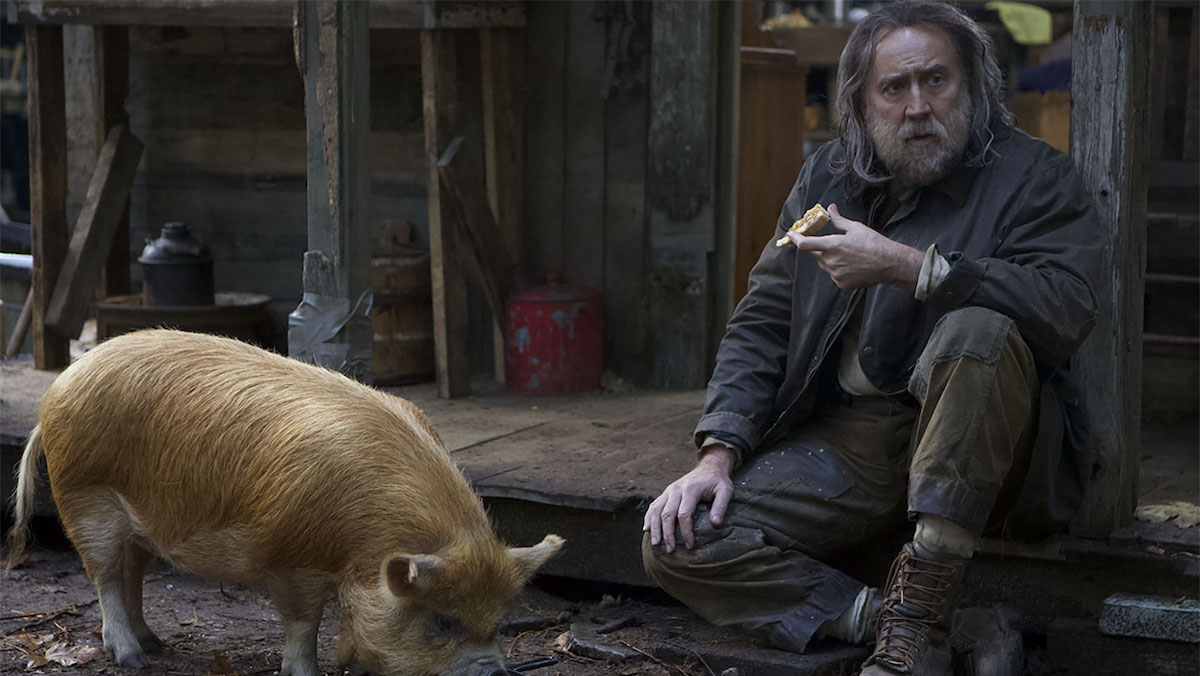 Really, this one’s all about Pig isn’t it? The film in which Nicolas Cage plays a chef who embarks on a mission to retrieve his kidnapped best friend – a truffle-foraging pig. If you don’t want to watch that at least twice in January, then you may be beyond help. Other than that, Sky Cinema in the UK is offering the sequel to acclaimed horror A Quiet Place, which stars Cillian Murphy this time around, as well as videogame adaptation Monster Hunter (which didn’t do much to impress our reviewer back in December 2020, but who knows, it might be just the thing after a long day. A veeeeeeeery long day).

Other than those three, check out what’s coming to Sky Cinema this month below.

Naked Singularity – 2nd January
A comedy crime-drama starring Star Wars’ John Boyega as a New York public defender who gets tangled up with a drug heist.

Land – 9th January
Robin Wright directs and stars in this story of a woman who retreats to the Rockies after experiencing a trauma, and learns how to survive and heal in the unforgiving wild.

The Paper Tigers – 15th January
2020 action comedy-drama about a trio of former Kung Fu experts who team up to avenge the murder of their former master.

Pig – 16th January
Nicolas Cage plays a chef who spends his days foraging for truffles with his beloved pet pig in the forests of Oregon, until revenge comes a’callin. Read our review here.

Nobody – 21st January
Bob Odenkirk and Connie Nielsen star in this action drama, the story of an overlooked ordinary guy whose inner badass emerges after a break-in at his home.

Supernova – 22nd January
Colin Firth and Stanley Tucci play a couple travelling around England while dealing with a dementia diagnosis in this romantic drama.

French Exit – 30th January
Michelle Pfeiffer stars in this comedy-drama about a down-on-her-luck Manhattan socialite forced to move to Paris with her son and cat.