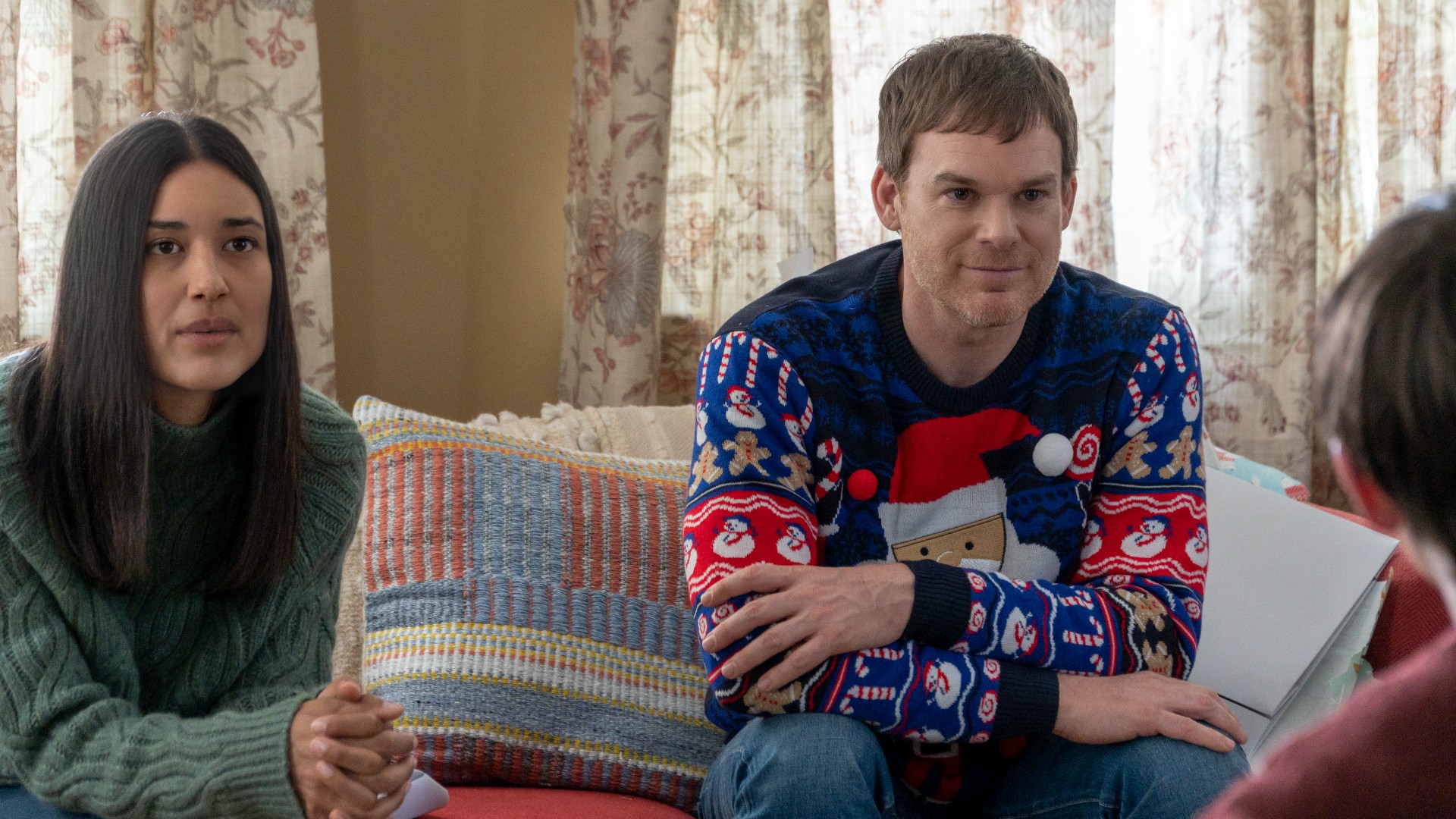 This is as good as Dexter gets.

While Dexter: New Blood has done more than enough to remove the bad taste left by the original series’ mostly maddening final three seasons, “The Family Business” justifies reviving the show. It’s the best episode of the series since season 4, containing most of the elements that made the deliciously dark drama irresistible; there’s plenty of black humor mixed in, interesting conversations about vigilantism and justice, difficult questions about mitigating problematic behavior, suspenseful games of cat and mouse, and it’s all anchored by knock-out performances. I’ve had my quibbles with this season, but this was what I envisioned as a best-case scenario when Dexter: New Blood was announced. Whether Clyde Phillips and his writer’s room can stick the landing remains to be seen, but “The Family Business” is a hell of an hour of television.

I was worried that the show would try to jump ahead and have Dexter’s difficult conversation about his lifestyle and past take place off-screen, but the episode rightfully kicks off with Dexter giving Harrison an example of how he channels his dark urges. Using an old kill of a predatory clown named Wiggles as an example, Dexter explains his process to Harrison, walking right up to the line of revealing that he kills these bad men before Ghost Deb interjects. Using an old kill as a framing device is clever; it allows the audience to revisit the glory days and adds action to what would otherwise be a one-on-one conversation.

Harrison is so relieved to not be alone in his feelings that he doesn’t quite think through the ending of Dexter’s story, and he immediately sees his father as a “Dark Defender,” the same illusion that Dexter held onto to avoid seeing himself as a monster. Under this light, it’s easy to see that Harrison’s situation with Ethan was Harrison living out a similar impulse — taking dark feelings and actions and twisting them into heroism. Taking Deb’s advice, Dexter doesn’t reveal that he kills his victims and Harrison goes to bed not only feeling understood but having a deeper appreciation for his father.

While Harrison sleeps, Dexter goes to deal with Elric’s body at the summer camp. With Christmas music playing and Dexter making the cheeky comment about wrapping things in plastic, the dark humor that was a staple of Dexter’s early days comes back in full force. Seeing Dexter embrace Christmas kitsch is the sort of winky campiness that has been missing this season, but it’s better late than never. When Dexter returns on Christmas morning, he is practically vibrating with weird energy, so happy to finally be showing his true self to not only another human, but to his flesh and blood. Michael C. Hall is always excellent, but he’s operating on a different level in “The Family Business,” and Jack Allcot rises to meet him. This is the meatiest material the two have had together, and they sell their collective joy and relief over a shared secret perfectly.

After a weak intimidation tactic from Kurt, showing up at Angela’s house on Christmas, Dexter and Harrison jet off, piquing Angela’s already raised suspicions. The pair go to start intel on Kurt, as evidence is a key piece of the code after all, but during their drone investigation, Harrison reveals that he’s often fantasized about taking vengeance out on the Trinity Killer, and talks about Wiggles not getting the appropriate justice. You can almost see Dexter urge him along to his desired endpoint, just aching for his son to realize that killing is the answer for them both. It’s the same energy that Kurt had last week with Harrison at the batting cages.

Father and son discover a secret hatch on Kurt’s property and are intent on exploring it, figuring it to be the place he keeps his victims. Meanwhile, Kurt advances on Dexter’s property and sets it ablaze, but is dismayed when he realizes that the Morgans aren’t home. They’re busy taking in the fucked up display in Kurt’s shelter, where Harrison comes to the realization that Dexter kills his targets. Harrison had gotten there himself, but the true horrors in Kurt’s basement bring it to the forefront. Dexter leans in and comes completely clean, and unsurprisingly, Harrison doesn’t shy away.

A rigged camera shows Kurt that Dexter and Harrison have discovered his “trophy” room, and the villain hurries back to his home to prepare to flee, only to find Dexter and Harrison waiting with a syringe. Kurt awakes on his own table, with his “trophies,” including Molly Park, watching over him. Dexter is careful to tread lightly with Harrison and give him an out whenever he wants it, but then slips into his kill mode, delivering a monologue about how Kurt cannot blame this on his parenting, and how his killing wasn’t about saving people, it was about power.

However, Dexter doesn’t realize that the speech that he’s giving Kurt could also explain his own actions. With clear eyes, Harrison seems to register the hypocrisy of what Dexter is saying, even if he continues to watch the events unfold. This scene is the most honest the show has been about who Dexter is in quite some time. Kurt spends his last breaths revealing that Dexter killed Matt and calls out how bullshit the “code” is, but it’s too late. Harrison sticks around to watch the entire process, but as the blood starts trickling toward his feet, he has a flashback to Rita’s death. The whole sequence is gripping stuff, and as I said, the best material the series has delivered since season 4.

After disposing of the body, Dexter and Harrison return to find their burned down home. Angela and Aubrey offer the men a place to stay, but as they’re settling in, Angela receives one last letter from Kurt, revealing that “Jim” killed Matt with the evidence of Matt’s surgical screw. Add in the fact that Angela knows “Jim” recently purchased some ketamine, the injection marks on not only the recent Iron Lake victims, but the Bay Harbor Butchers’ as well, and all of the other original evidence from Matt’s case, and Angela is pretty certain that Dexter is a killer. How she proceeds will surely make up next week’s finale.

By focusing on Dexter trying to slowly reveal his true self to his son, New Blood tapped into some of Dexter’s best qualities. The show also tries to juxtapose a juvenile reading of Dexter’s actions — he’s a badass vigilante! — with the reality of what he’s doing, which is finding a way to justify his monstrous behavior. It’s a fantastic penultimate installment and one of the series’ very best episodes. The only misstep is having Molly Park’s death take place off-screen. If New Blood manages to fumble on its finale, we’ll at least have “The Family Business” to remind us why we fell in love with Dexter in the first place.