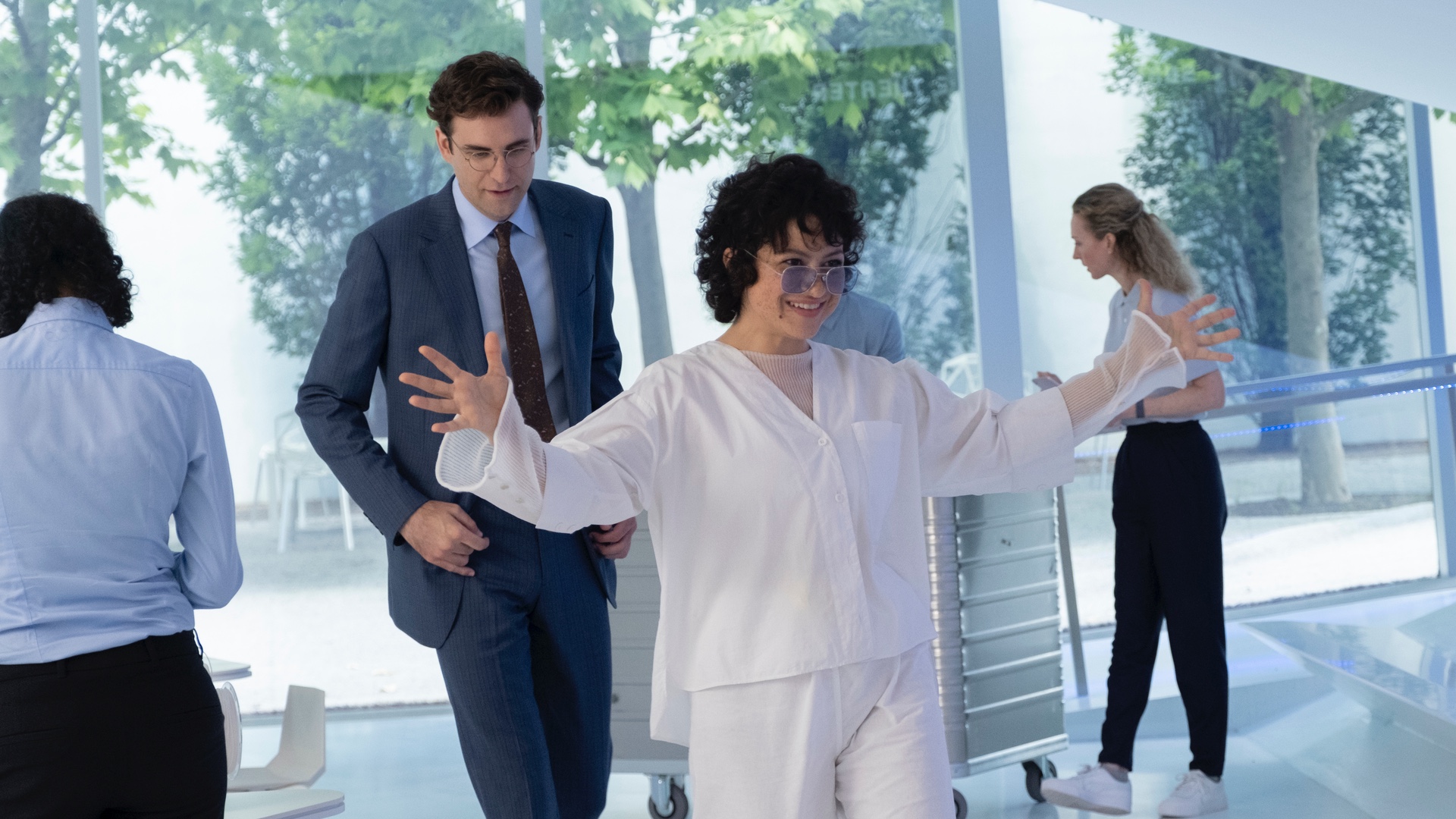 Search Party is an unconventional series that’s followed a unique path from the start, but its fifth and final season is honestly one of the craziest things I’ve ever seen done by a comedy series.

Search Party season 5 is a delirious experiment that’s as if Alejandro Jodorowsky, Charlie Brooker, and Stephen King decided to create a sitcom together, which makes it even harder to believe that this show began as a comedy on TBS about a girl’s journey to find a missing person. Now Alia Shawkat’s Dory Seif wants to find something much loftier: enlightenment for the entire world. The result is not just Search Party’s strongest season, but bold storytelling that solidifies the series’ status as one of the best and most fearless comedies of all time.

Search Party has intelligently detailed the public’s fascination with true crime and televised media circles, which have previously strengthened Dory through the cult of personality. This final season evolves that idea to its apex when Dory literally acquires her own cult of followers and extensive resources to bring her vision to life. Search Party’s previous season concludes on the deeply symbolic note where Dory is literally burned down and reborn anew from ash like a redemptive phoenix. Much like Dory herself, each season of Search Party has experienced drastic genre shifts that have given the series an unpredictable energy. This last year embraces cult thriller vibes, but flourishes of science fiction, fantasy, and horror also rear their heads in such unexpected and unusual ways.

This new chapter in Dory’s life focuses on the normalization of toxicity, bottomless loneliness, and the pursuit of validation and how others can exploit that vulnerability. Search Party’s characters have never been more desperate for love and convinced that no one will accept their truest selves. Everyone, but especially Dory, endure tremendous cases of imposter syndrome that expose the many cracks in the world. It elevates the show to an even deeper level of satire that feels reminiscent of Chris Morris’s stronger work. Search Party as a whole even manages to naturally shift its perspective from the horrors of millennial malaise to the darkness of life’s latter years.

There’s a dangerous security in Dory feeling like she finally has a higher purpose, but this unchecked narcissism can disguise itself as clarity and lead to the commodification of enlightenment. As Chantal said–in Latin–back in season four, “He who wants everything loses everything.” Dory continues to trick people into thinking they want things that empower them, but she’s actually using them to enable her own behavior. It’s chilling as Dory exhibits classic cult leader mannerisms to acquire support from the people around her. There’s not an intentional maliciousness to Dory’s actions, but every decision that she makes contributes to the sense of dread that hangs over this season.

Every year of Search Party has featured a reinvention of Dory, but this final season also contains the largest shift for the rest of the series’ cast. Some of the most entertaining material from this season happens entirely in Dory’s absence. The whole cast remain effortless in their performances and they all get their own respective moments to shine. Drew (John Reynolds), Portia (Meredith Hagner), and Elliott (John Early) act like they’ve grown up and are better without Dory, but they’re arguably more miserable than ever.

This season examines everyone’s individual flaws and proves that they’re creatures of insecure habits that are prone to self-sabotage whether Dory is present or not. Yet, these social rejects can’t exist without one another. Elliott, in particular, heads down a certain life path that produces some of the most terrifying material that’s ever been in the series, which had me genuinely uncomfortable.

It’s so rare that a comedy series truly goes for broke in its final season and takes advantage of the fact that it’s the end of its universe. These concluding 10 episodes burn down the house, but in a manner that feels like a natural extension of the show’s themes and Dory’s festering egomania. There are renegade smart cars, trips to the center of the Earth, and an absurd riff on It’s “Loser’s Club” that proposes the existence of a Pennywise-like fear demon. It’s all a credit to the audacious and bizarre places that this comedy dares to explore that other series wouldn’t dream to consider. These ridiculous obstacles feel strangely appropriate in a season that’s all about questioning reality and what’s fact or fiction.

Search Party has always been very tonally bifurcated and this last season reflects the greatest extremes yet as Dory’s preachings pollute more minds. The series’ darkest content is on display across these episodes, which is saying something for a series that’s worked through several murders. This is all balanced with some incredibly broad Three’s Company-esque shenanigans and storylines, but the showsuccessfully sells this heightened comedy just like its characters do with enlightenment. It results in some fantastic gags that stand out even more when in juxtaposition to the moments of bleakness or existential contemplation

Each of Search Party’s seasons have ended with powerful messages that have been crucial for Dory’s development, but they’ve all been a prelude for what she orchestrates here. I’m still a little speechless for the direction that Search Party ultimately takes and where it ends. The story reaches a ridiculous place, but the world has become so destabilizing that Search Party’s bold choices actually work and come across as smart satire. It’s everything that television should be. The series’ final shots, as well as the cumulative messages behind them, are literally perfect and a testament to what a satisfying journey this show has been. There will never be another comedy like Search Party.