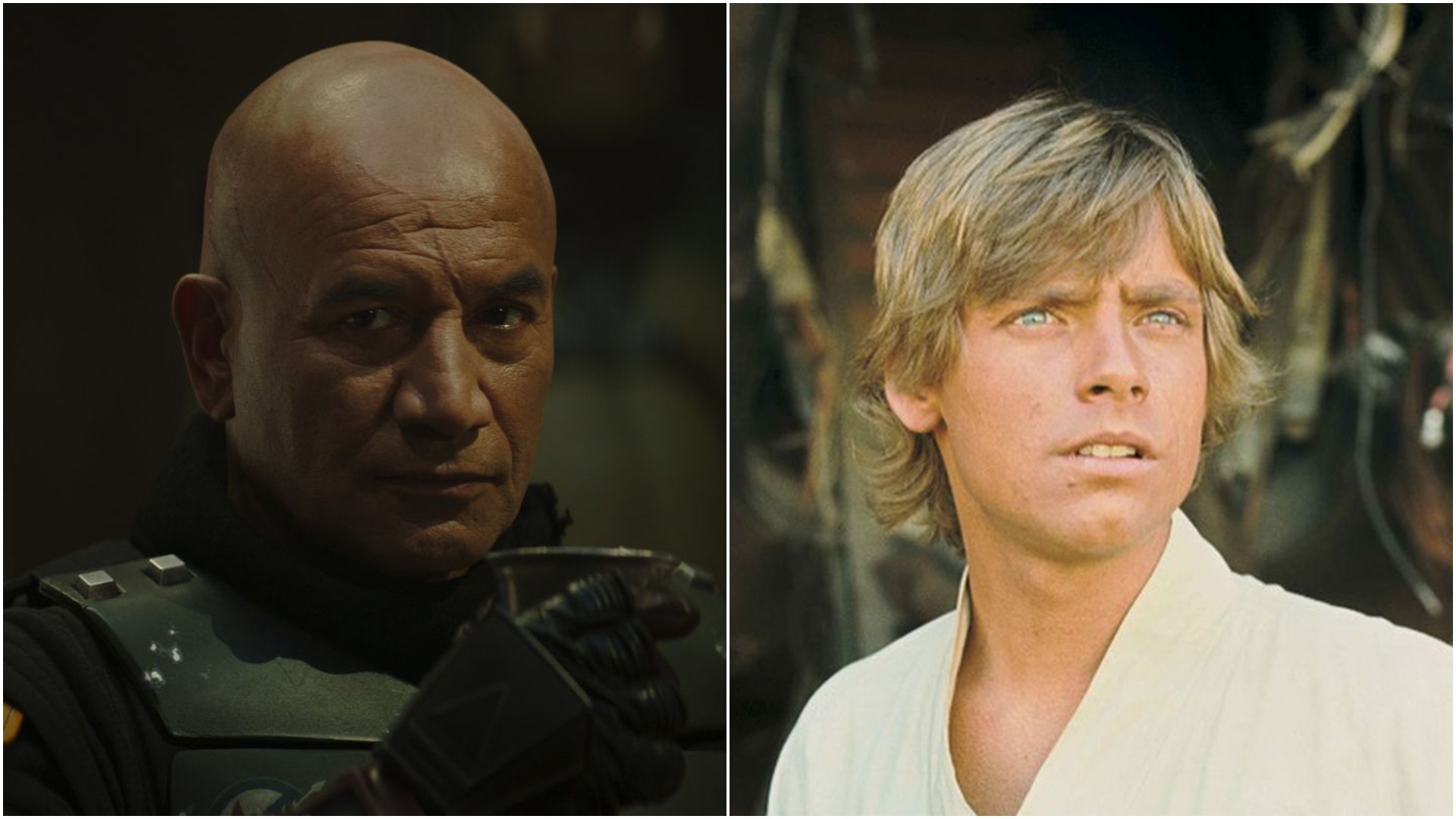 In the flashback portion of The Book of Boba Fett episode 2, “The Tribes of Tatooine,” Boba Fett is on the hunt for something that can help the Tusken Raiders take down the Pyke Syndicate’s hovertrain, but it isn’t power converters. When the bounty hunter visits a cantina in the desert, he’s searching for the speeder bikes he needs to catch up with the Tuskens’ spice-smuggling enemy, and he has no problem punching and shooting his way through a biker gang to get what he needs.

But eagle-eyed Star Wars fans know that this is no ordinary cantina in the middle of nowhere. Boba Fett has brought us to one of the most famous locations from A New Hope.

“But I was going into Tosche Station to pick up some power converters!” young Luke Skywalker whines in protest after his Uncle Owen asks him to clean up their new droids. It’s an oft-quoted line from the original Star Wars that has immortalized a little piece of lore that until The Book of Boba Fett had never actually appeared on screen in an official capacity.

At one point, George Lucas did originally intend to bring Tosche Station to the big screen, with the scene serving as the audience’s first introduction to Luke and a group of his friends on Tatooine. But it was cut for time and pacing, and once you’ve watched the scene, it’s hard to argue with Lucas and the editors’ decision:

In the deleted scene, Luke rushes to Tosche Station to tell his pals Biggs Darklighter, Laze Loneozner, and Camie Marstrap about a space battle happening above Tatooine (the moment the Empire trapped the Rebel cruiser at the start of the movie). It’s during this scene that Biggs also tells Luke that he’s leaving to find the Rebellion and join them in the fight against the Empire. He invites Luke to come along but the young farm boy feels he must stay to help his uncle on the moisture farm for one more season. As we all know, that season will never come for the Lars family, who are killed by stormtroopers a little later in the movie.

Since 1977, Tosche Station appeared from time to time in the pages of Star Wars books and comics, usually as a background detail or easter egg within those stories. The power station/repair shop is located just outside the town of Anchorhead, which also gets a mention in the deleted scene as well as later in the theatrical cut when Luke offers to accompany Obi-Wan Kenobi on his journey “as far as Anchorhead.”

To this day, Luke has yet to pick up those power converters.

While Boba Fett is smashing bikers through glass windows, there are two terrified bystanders watching from a corner table. Nine years after the events of A New Hope, Laze and Camie are back at Tosche Station, this time being harassed by Nikto bikers, who use the station as a watering hole after their raids.

Like the station itself, these two minor characters have never appeared on screen outside of the aforementioned deleted scene from 1977. Laze and Camie did return in the old (now non-canon) Marvel comics from the late ’70s, at one point selling out Luke as a rebel to the Empire to protect their livelihoods. No, they’re not very good friends. (Even in the deleted scene, Camie likes to make fun of Luke, calling him “wormie” throughout, which is just mean.)

In The Book of Boba Fett, Laze and Camie are played by Skyler Bible and Mandy Kowalski, respectively, taking over from the original 1977 actors, Anthony Forrest and Koo Stark.

These A New Hope deep cuts are far from the only Star Wars easter eggs in “The Tribes of Tatooine.” You can check out a complete list of easter eggs and references here.