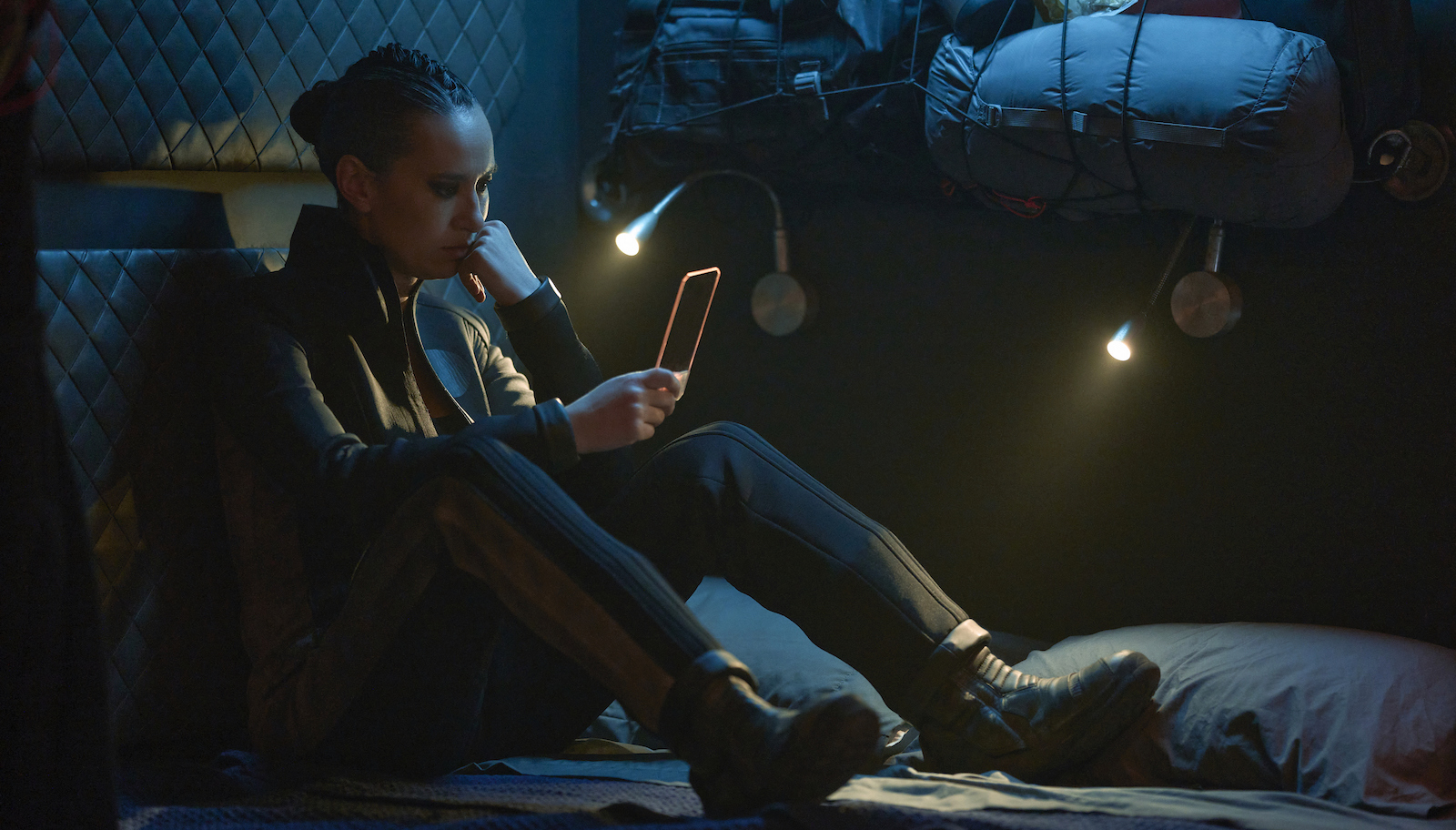 This review of The Expanse contains spoilers.

No matter how explosive the coming finale might be, The Expanse season 6 will best be known as the most well written set of episodes where not much happened. There is no argument that “Why We Fight” is thematically very rich and filled with amazing dialogue, but aside from satisfying our need to have Drummer front and center for the final battle, this penultimate episode doesn’t scratch many itches. We can see that everything is coming to a head, but the journey towards whatever next week has in store has not been nearly as dynamic as the precedent set by previous seasons.

That being said, there were plenty of tête-à-têtes to enjoy as we watched the pieces fall into place, and many of them related directly to the episode title, “Why We Fight.” Avasarala scraps with Bobbie about whether she’s gone soft in caring about the inhabitants of Ceres. Bobbie in turn convinces Amos that “the only thing that matters is fighting for the one who’s covering your flank.” And Naomi laments with Drummer that “all we can do now is to stand by the people that we love.” A plethora of examples of why everyone fights in The Expanse!

Even Marco gets the speech from Rosenfeld about being a better father as she shows him Filip’s stirring speech about war and “no turning back now.” But honestly, who cares what motivates Marco at this point? He fights for his own ego while Filip finds a sudden friendship with a man wracked with guilt over killing his own brother in the Ceres explosion. It’s an interesting intellectual exercise before whatever final battle is to come, but the self-reflection  doesn’t really hold the interest that the relationships we care more about command.

Marco’s sulking about the uprising on Iapetus makes it almost impossible to give him any credit for putting a rail gun defense system on the inertialess ring station, even though he deserves it. It’s a great idea, and we do get a moment of action when the gutsy MCRN goes after Medina, but the sneak attack is completely disconnected from the villainy of Marco and the Free Navy, which hasn’t been intimidating since The Expanse season 5.

It’s enough to make us agree with Holden when he finds out that going through the ring gates risks being eaten by whatever malevolent force lies in the between space. He implores Avasarala to act, saying “This is bigger than the war,” and a majority of the audience nods vigorously, thinking “That’s right! It is!” The disappointment of realizing we’ll never get to address that part of The Expanse’s story is heartbreaking.

Not quite as heartbreaking as watching Camina Drummer lose the last remnants of her communal family, though. In the best part of the episode, we watch the Belter leader get rejected by her own kind when given clearance by the UN and manipulated into an alliance with Earth that she knows is necessary no matter how distasteful it is to her. Seeing Drummer come to that realization while futilely trying to push Naomi away was just an emotional punch in the gut — but how glorious the pain!

So we can see where this is headed, right? The story on Laconia continues to suggest a protomolecule ecology that can “fix” damaged life, but in its own unnatural way. And we’ll be left wondering what Pandora’s box the rogue Martians have opened while Marco flails about in what’s sure to be a satisfying but ultimately inadequate final battle in The Expanse series finale. However, the handshake between Drummer and Avasarala was spine-tinglingly majestic, and so we raise a glass to watching them and the Rocinante crew kick ass next week, together one last time.