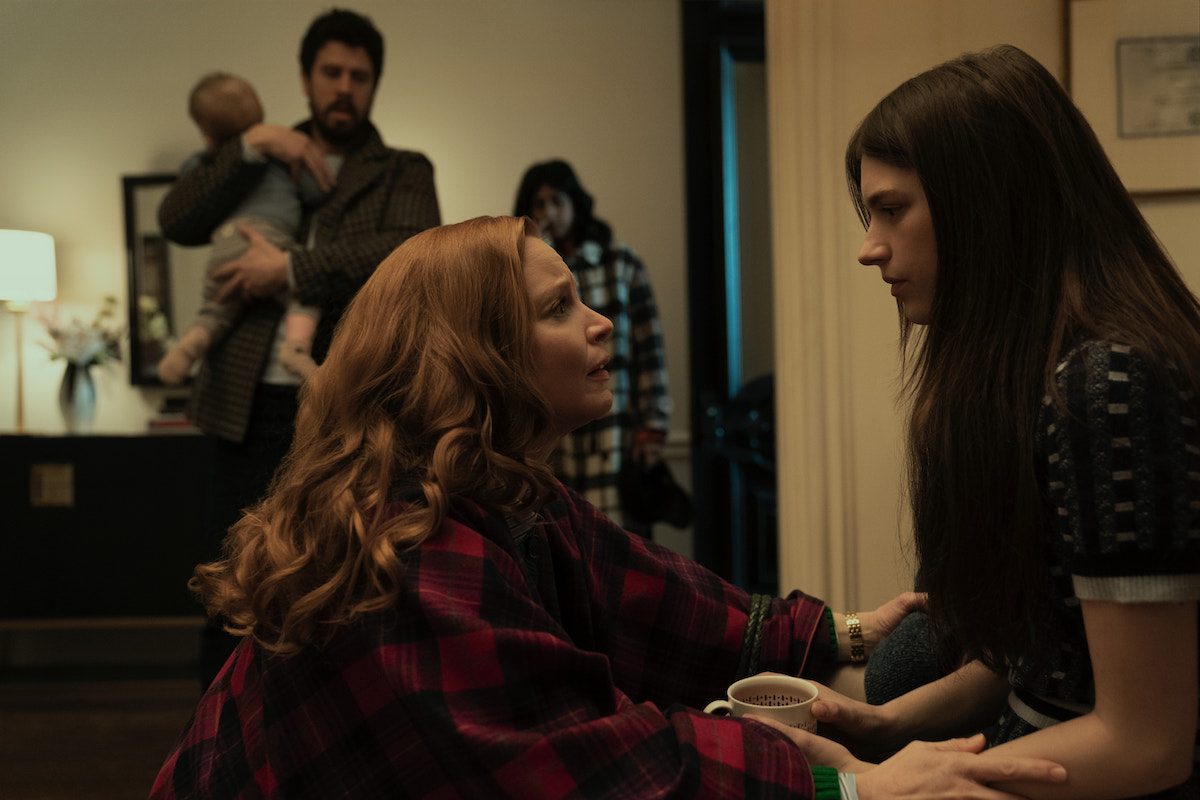 Ever since Servant arrived on Apple TV+, the series has embraced a dark sense of humor alongside its tragic storyline. And with season three dropping on the streaming service today, the show only gets weirder and wilder.

Created by Tony Basgallop, season one introduced the story of Dorothy (Lauren Ambrose) and Sean (Toby Kebbell) Turner, who, after the death of their infant son Jericho, replace the baby with a life-like doll to help Dorothy with the grieving process. They even hire a nanny, Leanne (Nell Tiger Free), to maintain the illusion, until one day, in place of the doll is a real baby boy. Is it the reincarnation of the Turners’ child? What really happened to Jericho? And what is the deal with the possibly-supernatural, definitely-odd Leanne? Season two upped the anti with murders, more cult craziness, and Sean and Dorothy, with Dorothy’s brother Julian (Rupert Grint), playing detective by setting up a pizza delivery business… And season three looks set to maintain the heightened tone.

“It was definitely there in the pilot, this thing that I love, this dark humor, but underneath a very powerful emotional engine, that balance of the two. That’s my favorite combination right now,” says executive producer and director M. Night Shyamalan. “What drew me to the idea was like, the idea of this trauma that happened is so moving, but how they’re dealing with it is bonkers.”

He’s not wrong. The start of the season sees a moth infestation during a yummy mummy play-date, a nightmarish block party, Leanne’s increasing paranoia, and of course more exuberant recipes from superstar chef Sean.

“It’s always been two stories,” says Shyamalan. “The story of the family and how they’re dealing with their tragedy and then the mythology of this girl that’s come into their house.”

In terms of exactly who, and what, Leanne is, will be further explored this season (“Her past is coming to get her. And so there’s a lot of physicality in this season,” he says) while the question of whether she has supernatural powers is further teased.

“I’ve always had an interest in cults,” says Shyamalan. “What we believe, and how much we believe something, how we can be convinced of things. The idea of, ‘where are the characters in the arc of believing or not believing?’ that, for me, is the fun and where I relate, as a person. The fun of this show is how it’s acknowledging the absurdity of believing in things that, at some point, we so desperately want to be true.”

At one end of the spectrum is Dorothy, who absolutely believes that the baby in her life is her son Jericho, despite the fact that he died (she doesn’t seem to even acknowledge this happened). While at the opposite end is Julian, the most cynical of all the characters.

Best known for playing wide-eyed and credulous boy wizard Ron Weasley in the Harry Potter movies, Servant is an entirely different role for Grint, and one that he appears to revel in, getting many of the best and funniest lines.

Shyamalan agrees that Grint is something of a revelation in the role.

“I don’t understand how he came to be. He doesn’t make sense,” he laughs. “I met him when he was a child when I was considering doing a Harry Potter movie.  He was sweet and awkward and kind of kept to himself and watched things. He’s similar as an adult. He’s that way but he opens his mouth and he’s Julian. It’s effortless. He doesn’t have a bad take. Everything he does is inspired and funny and he’s such a physical actor.”

Season three sees Julian newly sober and in a relationship, while trying to juggle the awkwardness of his former fling with Leanne. Julian is cynical as ever and desperate to find the truth about who exactly baby Jericho is. With a fourth and final season already greenlit, we may not get hard answers just yet (indeed when we ask whether his heritage will ever be revealed Shyamalan smiles a deflective “maybe”). Whether answers are forthcoming or not, the show is certainly one of the most bonkers genre offerings around.