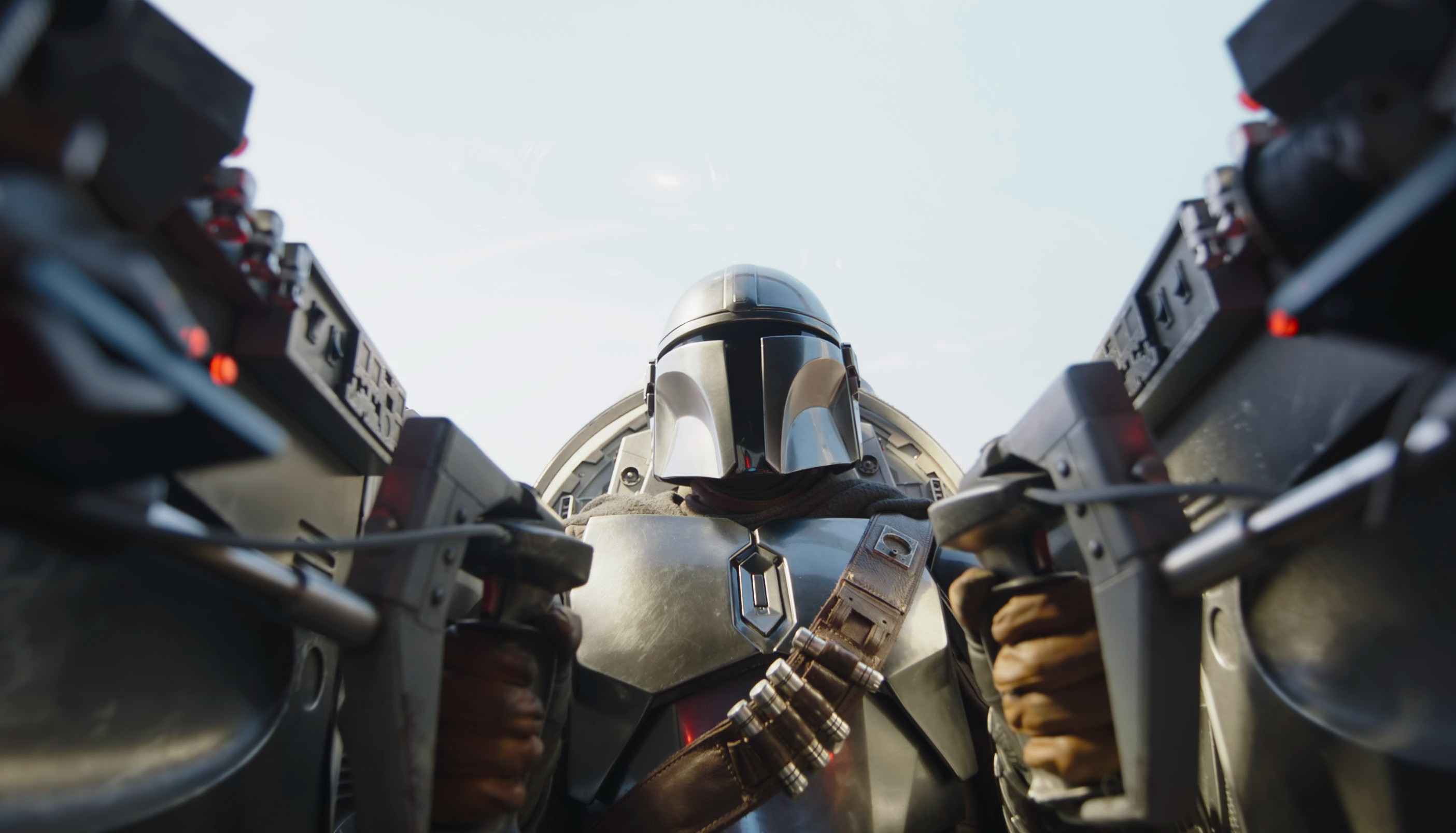 Say what you will about the overall quality of The Book of Boba Fett, there’s absolutely no doubt that it’s leaning heavily on fan service in its final episodes. Tons of easter eggs, callbacks to famous Star Wars moments, and a whopping number of character cameos have turned this show into yet another major streaming event for Disney+. In fact, chapter 6, “From the Desert Comes a Stranger,” takes the kitchen sink approach to big cameos. Suddenly, EVERYONE is in The Book of Boba Fett.

Here’s a breakdown of all the characters who were re-introduced in the episode and what you need to know about the actors who play them:

Jedi Master and original Star Wars protagonist Luke Skywalker is back, but not to bash Imperial dark troopers. “From the Desert Comes a Stranger” picks up after Luke’s showstopping cameo in The Mandalorian season 2. He’s taken in little Grogu as his very first student and brought him to a faraway planet where he plans to build his new Jedi academy.

Of course, we know that his academy is doomed to fail. In just a few decades, Luke’s Jedi temple will be nothing but rubble and ash after Ben Solo’s turn to the dark side. And the episode starts to plant the seeds for why Luke’s mission is ultimately doomed from the beginning. We watch as a somewhat cold Luke trains the little youngling in the ways of the Force, despite the great trauma Grogu suffered the last time he was a Jedi student. Luke doesn’t really try to empathize with Grogu either, instead putting the padawan through the same obstacle courses he once faced on Dagobah.

He also echoes Jedi Masters past with his teachings about letting go of attachments, which certainly comes as a surprise considering Luke’s deep connection with his found family of rebels and everything he already knows about why the Jedi Order fell in the first place. One episode into Luke’s new academy and you can already see how it’s doomed to repeat the mistakes of the past.

Regardless of Luke’s skills as a teacher, Lucasfilm worked some real CGI magic to bring us a younger, post-Return of the Jedi Skywalker. Mark Hamill once again returns to voice the character, although his voice has clearly been digitally manipulated to sound younger.

But it’s actor Graham Hamilton who plays the role in the flesh. Hamilton is a Julliard graduate who has appeared in The Orville, Love, Death & Robots, and NCIS, among other movies and TV series. He’s also done voice work for several video games, including Days Gone and The Last of Us Part II. Hamilton takes over from Max Lloyd-Jones, who played Luke in The Mandalorian season 2 finale.

The notorious Western-themed bounty hunter Cad Bane jumps out of The Clone Wars animated series and into live action. The Duro gunslinger, a Clone Wars veteran who worked for Count Dooku and the Separatists during the Prequel era, wastes no time showing what he’s made of in The Book of Boba Fett. Cad Bane easily bests Tatooine marshal Cobb Vanth and his deputy in a duel that looks straight out of a classic Western.

Bane is once again working for the bad guys, this time as the Pyke Syndicate’s hired muscle. He comes to Freetown to convince the marshal and his people to stay out of the conflict in Mos Espa. But when Cobb won’t negotiate, Bane lets his blasters do the talking.

This bounty hunter’s return actually has major implications for the show’s finale, which will inevitably end with a duel to the death between Boba and Bane. You see, these two gunslingers have a long history that dates back to Boba Fett’s youth. When he was just starting to gain his footing in the galactic underworld, it was Bane who took him in as his protege and taught Boba the ropes of bounty hunting. But Bane’s connection to Boba goes even further than that: Boba’s father, Jango, also mentored Bane.

Boba and Bane aren’t friends, though. When they find themselves on opposite sides of a conflict in an unfinished episode of The Clone Wars, the two duel and end up shooting each other in the head — this is how Boba’s helmet acquired its famous dent! Meanwhile, Bane wears the scar in the form of a metal plate reinforcing his skull. Needless to say, Bane is likely hungry for a rematch and a little revenge.

Corey Burton once again voiced Cad Bane for his first live action appearance, but it’s stuntman Dorian Kingi who plays the character in the actual scene. His stunt work has previously appeared in The Suicide Squad, Venom, Westworld, and many others.

Timothy Olyphant does an even better job the second time around as marshal Cobb Vanth. Although his desert town of Mos Pelgo might have been renamed Freetown in the months after The Mandalorian season 2, there’s no doubt that Cobb is still the law in those parts, as those Pyke spice runners quickly learn. Unfortunately, the fastest blaster in Freetown is no match for a veteran like Cad Bane. The duel is over for poor Cobb before it even begins in “From the Desert Comes a Stranger.” But is the marshal truly dead?

The Book of Boba Fett finally delivers the scene many fans have long waited for: Ahsoka Tano and Luke Skywalker standing side by side as Jedi friends in the years after the fall of the Empire. In “From the Desert Comes a Stranger,” Ahsoka watches as Luke takes his first steps as a teacher to Grogu, and is present for the construction of the new temple that will one day house a whole new generation of Jedi.

Rosario Dawson dons the makeup once again for this episode and it won’t be the last time. She’s getting her own spin-off series on Disney+. In fact, it reportedly begins filming this spring!

Last but certainly not least is Grogu, the most popular new Star Wars character since Darth Maul made his debut in The Phantom Menace teaser. We watch as Luke puts him through a series of awkward training sessions, like setting a remote to shoot lasers at the tiny padawan. Talk about trial by fire.

The episode ends with Grogu facing a big choice: accept the beskar chain mail and the path of the Mandalorians or wield the lightsaber of a Jedi. I know which one I’d pick.

Either way, it’s possible we’ll learn what’s next for Grogu in The Book of Boba Fett finale on Wednesday on Disney+.