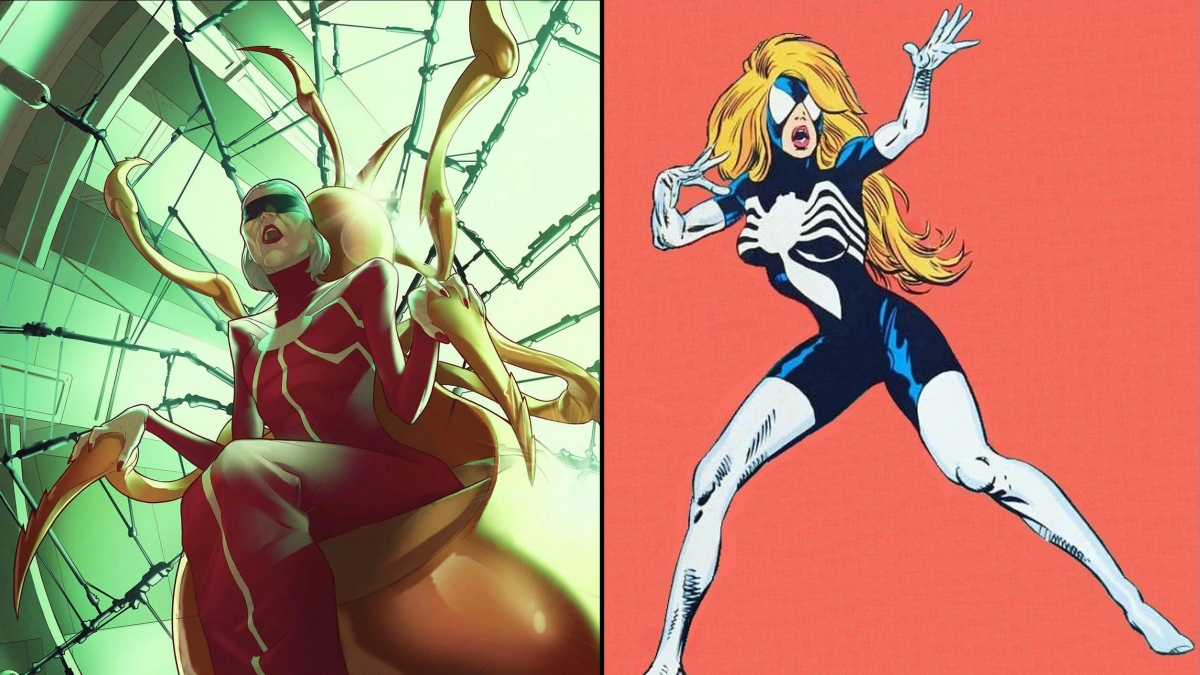 When there’s casting news about an upcoming superhero movie, the hoped response is something along the lines of a fist pump and some level of, “Hey, awesome!” You’re always going to hit on a character somebody’s interested in. I mean, I for one was excited about Vin Diesel as Bloodshot until I actually watched the movie. There were certainly enough Jack Kirby fans psyched about Eternals. People were hyped about John Cena as Peacemaker in The Suicide Squad the moment he was announced.

But when news hit that Dakota Johnson is set to star in a movie about Madame Web? That’s the kind of news that has you pause for a moment before asking, “Really? Are you sure?” Maybe I’m wrong. Maybe somebody out there did a backflip over this news. The rest of us are just scratching our heads, because…what in the world?

To rewind, this all stems back from the time in-between Marvel’s Avengers doing crazy good box office and Sony’s Amazing Spider-Man 2 doing mediocre box office. Learning the wrong lesson from the Marvel Cinematic Universe’s success, Sony decided to go absolutely ham with their cinematic hold on Spider-Man. Not only did they want to do sequels, but spinoffs out the wazoo, including Sinister Six, an Aunt May spy movie, and a team-up between Black Cat and Silver Sable. They backed off due to Amazing Spider-Man 2’s backlash, but the success of Venom made them realize that Parker-adjacent movies could succeed. We already had a Venom sequel, but now we have Morbius on the way and a Kraven the Hunter movie in the making.

It isn’t that she’s a bad character. It’s just that she’s a very limited character in terms of what you’d expect from a superhero movie. Introduced in Amazing Spider-Man #210 back in 1980, Madame Web has since been a quasi-regular supporting character in Spider-Man stories. She’s mostly remembered for her recurring role in the 90s Spider-Man animated series (voiced by Joan Lee, Stan’s wife), where she mostly just gave cryptic exposition to our friendly neighborhood hero.

While gifted in mind powers, Madame Web was physically held back via her blindness and her need to be hooked up to a life support machine. At least, that’s the original Madame Web, Cassandra Webb. Chances are, we’re not going to be getting the elderly Cassandra in our movie.

No, in recent years, Cassandra was killed off, but handed off her powers to Julia Carpenter, who is far more age appropriate to be played by Dakota Johnson. Debuting in Secret Wars #6 back in 1984, Julia Carpenter was the second Spider-Woman. It’s rather weird to talk about her potentially getting her own starring role, considering we haven’t seen the original and far more famous Spider-Woman Jessica Drew hit the big screen…although we will soon enough. Even though Jessica has extremely little connection to Spider-Man’s section of Marvel Comics outside of the name, she is part of Sony’s hold on arachnid-based heroes and will be showing up in Spider-Man: Across the Spider-Verse as played by Issa Rae.

As an aside, apparently the MCU can use Jessica Drew as a character as long as they don’t give her a spider gimmick. Kind of like how they were allowed to use Quicksilver as long as he wasn’t referred to as a mutant. So perhaps this is just a Spider-Woman movie with a different name. If Spider-Woman is going to be a big part in Sony’s Spider-Verse property, it would make sense to call this hero something else to make things a little less confusing. Sure, Julia Carpenter also called herself Arachne for a time, but Madame Web sounds way more marketable.

Plus, it doesn’t make me think of Spider-Man: Turn Off the Dark. There was a musical number about the spider goddess Arachne being jealous about her inability to wear shoes. This happened and I have to live with it.

In the comics, Julia was an unwilling experiment in a secret government organization’s attempt to recreate Spider-Man’s powers. Julia’s powers aren’t exactly like Peter Parker’s, but they are way closer than whatever Jessica Drew has going on. Even before becoming the second Madame Web, some of Julia’s powers were mind-based, specifically her ability to create webbing out of psychokinetic energy.

We have at least two Spider-Verse movies on the menu. Maybe Madame Web will somehow tie into that. It would be a leap to mix animated and live-action narratives, but, well… *gestures at Mandalorian and Book of Boba Fett*

Unfortunately, unlike the protagonist, I’m not a precog, so I don’t have the answer on what Madame Web truly will be. I’m just interested in seeing what director SJ Clarkson could possibly have planned.

Sci-Fi Short Film “Golden Shot” | DUST
The Walking Dead: The One Big Daryl Change Norman Reedus Asked For
House of the Dragon: Meet the New Princess Rhaenyra and Queen Alicent
House of the Dragon: Larys Strong Is the Tyrion Lannister of His Day
How to Get All Cyberpunk: Edgerunners Equipment in Cyberpunk 2077