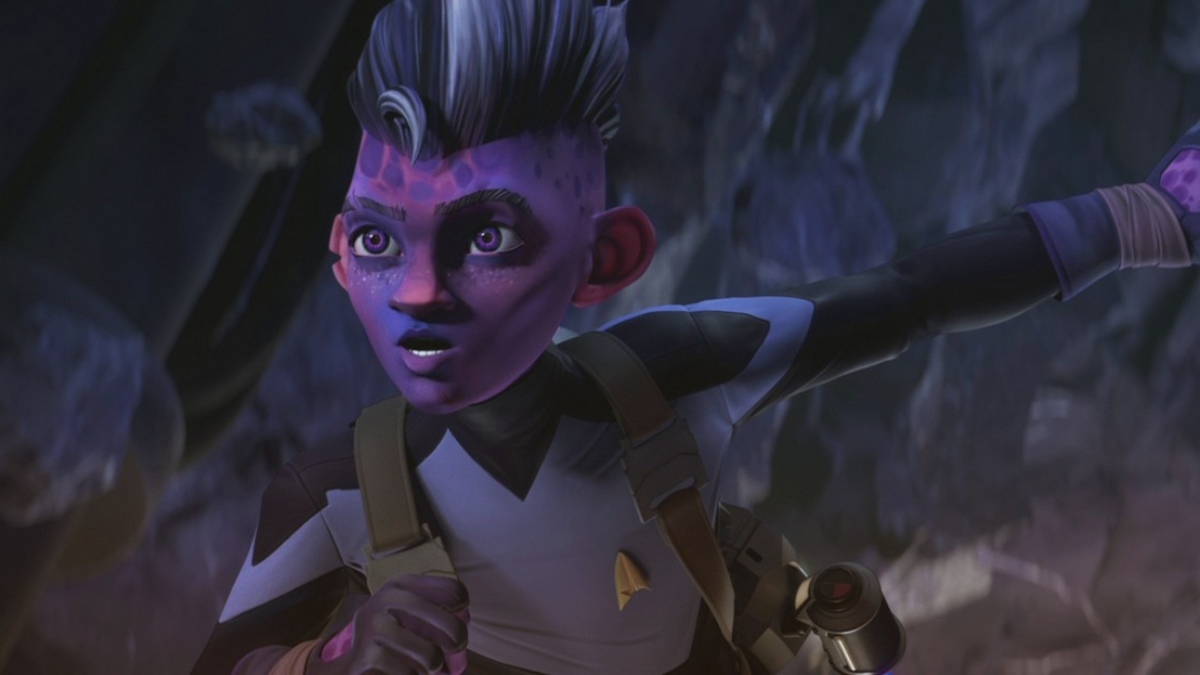 Star Trek: Prodigy has gone from being simply a “kids” version of Star Trek to a Star Wars-like series to now something closer to what some longtime fans expect from the franchise. However, showrunners Dan and Kevin Hageman excitedly tease that the next batch of ten episodes are going to take the show in a whole new direction.

“A Moral Star Part 2’ ends with the real Janeway on The Dauntless set to track down the Protostar, determined to find out what happened to Chakotay. This is the set up for, as Kevin Hageman explains it, “Admiral Janeway tracking (the Protostar) down, ala The Fugitive with Harrison Ford. She’s going to be this wonderful force coming after the Protostar wanting answers. Who’s flying it? Where is Chakotay?”

Kevin Hageman adds that, “the (Protostar) kids are in way over their heads. Now they’ve got the real Admiral Janeway coming. But she’s not gonna be the mentor. She’s gonna be after them, hunting them down.”

Dan Hageman takes care to make clear that while Janeway tracking the Protostar down will be a big part of the season, Prodigy will still mostly be focused on the Protostar crew with some cuts back to Admiral Janeway on the Dauntless. This is still a show meant for a younger audience so those younger characters need to be the focus. For an indicator of how much we’ll see Admiral Janeway he compares her screen time to how much The Diviner was in the first 10 episodes.

Kevin Hageman teases that the look of Admiral Janeway in that final scene was meant to be a step towards her alternate future appearance from the Voyager finale, ‘Endgame.’ In that episode Future Janeway’s hair was graying but in Prodigy she only has a streak of it. She also sports the “future” communicator that was seen in ‘Endgame.’

The other big plot left unresolved was Gwyn’s revelation that the Protostar will cause untold destruction to Starfleet if they come into contact with another Starfleet vessel… but this knowledge was erased from her memory. The Hageman’s saw this as a way to create a ticking time bomb for both the Protostar crew and the show itself. The audience badly wants the crew to get to Starfleet but the characters don’t know the horrible things that could happen if they do. That tension will be “powerful.”

As for what will happen to Dal, Gwyn, and the others, Dan Hageman will only say that after 10 episodes they’ve now gotten under the skin of these characters and can now test them in greater ways and make them grow.

Kevin Hageman however is willing to hint that when they were first brainstorming this batch of episodes they wanted to hit what he calls a “greatest hits” of Star Trek stories and that more are coming.

“We wanted to make sure we’re hitting very classic (episode types), like a holodeck episode. There’s still a lot of greatest hits of Star Trek that we have yet to scratch that we’re going to be doing next time”

The Protostar crew is in for a rough ride when Star Trek: Prodigy returns in later 2022.