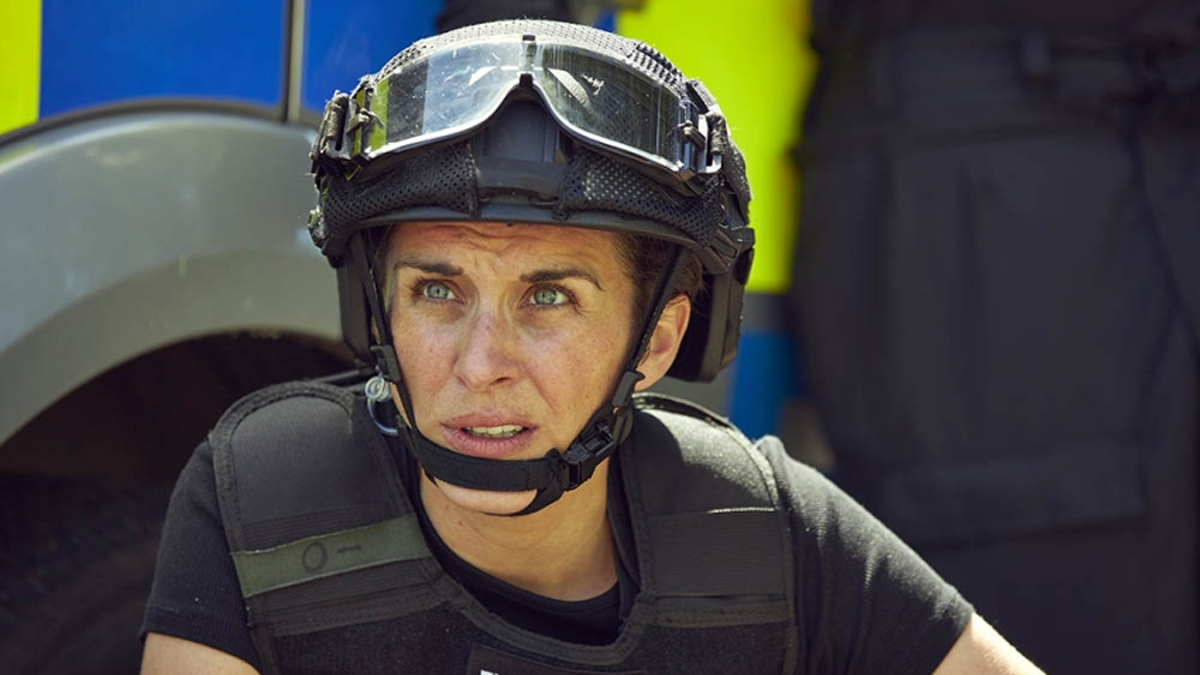 If you were a Met officer who was secretly (and – credit where it’s due – successfully) orchestrating a cross-London terror campaign right under the nose of your employers, would you leave your work locker stuffed with evidence pointing your way? Unlikely. If that A to Z doesn’t just turn out to be John Hudson doing his homework like a good little bomb disposal expert, it’s likely been planted. But by whom?

The top suspect has to be Thom Youngblood, a man who’ll ruin a takeaway by asking you to move in with him halfway through the Peshwari naan. There’s currently zero evidence against Thom. He’s only a suspect according to the rules of the TV thriller, which state that the character least likely to have done it but in the most scenes with the lead by the end of episode three is probably your guy. Even if Thom’s innocent, there’s definitely something wrong with someone who’d eat their tea staring at a cooker hood instead of the stunning view from his flat. What’s your problem, Thom? London skyline too spectacular for you?

Trigger Point continued to rumble on bumpily in episode three, much in the way of a bomb disposal robot struggling along uneven ground. After the mosque cliff-hanger ended with a bang and not in the good way, the episode sluggishly followed a spiralling Wash going about her business. She sat in a meeting, went for a run, met an enormous dog, played pool and swapped war stories with Karl, got called in by bomb data Sonya for conversations that could definitely have been phone calls, and bailed out her racist little brother, who’d been arrested taking out his frustration on the window of the local halal butcher.

Ewan Mitchell’s Billy makes a grimly recognisable portrait of disaffection. The resentment he feels towards his lack of prospects has been mischannelled towards the people he believes have taken what’s ‘rightfully’ his. So instead of cleaning his flat, he sits in his own filth and blames other people for the mess that surrounds him. His language – “We’re at war, Lana” – has the ring of someone who spends too long on unhealthy online discussion boards. (Wash’s sarcastic “War with halal butchers?” response was a welcome flash of personality from her). Wash might be the one running into sniper fire, but Billy’s also in the danger zone. If Lana doesn’t find herself snipping the wires on her brother’s suicide vest before the finale, I’d be surprised.

Episode three introduced fictional far-right white supremacists The Crusaders, an extremist splinter group from the more acceptable face of racism – English Flag. The working hypothesis runs that the Whitehaven bombing was a false flag operation by the Crusaders, who also targeted the mosque and the LGBT pub to fuel a hate war. Lana’s colleagues took out one bomber at the high-rise, another escaped dressed as a Met police officer, and there’s likely to be at least one other with military bomb training. Is that Kris Hitchen’s John? Episode four will tell.

Let’s hope Trigger Point is astute and responsible enough as a drama to cope with such complex and timely subject matter. With news reports citing real attacks in the background of several scenes, its fictional story is clearly being bedded in with current events. That gives a certain uneasy weight to any conclusions it draws – about the police, about government, about extremist terrorism and the modern far-right… It’s a heavyweight topic, and so far, this patchy drama hasn’t done much to convince it can shoulder the load.

(Incidentally, DI Desai, it would actually be quite easy to find an Uber in a haystack, if you think about it.)

For my part, the heavy themes aren’t what’s keeping me watching. Like a lot of viewers, I’m mostly here for the cries of “Lana! You’re in the danger zone!” and the held-breath gasps as a sniper takes pot shots at that poor robot (so far, the character I’d be most gutted to lose).

From the half-hour point, episode three delivered much more of what had made the first hour so compelling: officers bursting into corridors, chucking smoke grenades, shouting “Armed police!!” and “HARD COVER!!”. Wash is infinitely more watchable at work than she is drifting around her personal life. Especially when that work involves smokescreens, mortal risk, and instructing Danny to ready the pigstick disruptor (if there’s something more pleasurable to type than ‘pigstick disruptor’, I don’t know what it is. Thank you, Trigger Point).

At the halfway point then, we’ve a chief suspect in John, a mystery man in Karl, a takeaway ruiner in Thom, and Wash in the middle, trying to untangle it all. When she was almost killed by a device in training, it’s because she was looking at the big picture and missed a detail. What’s the detail she’s missing here?

Trigger Point continues next Sunday the 13th of February on ITV1.