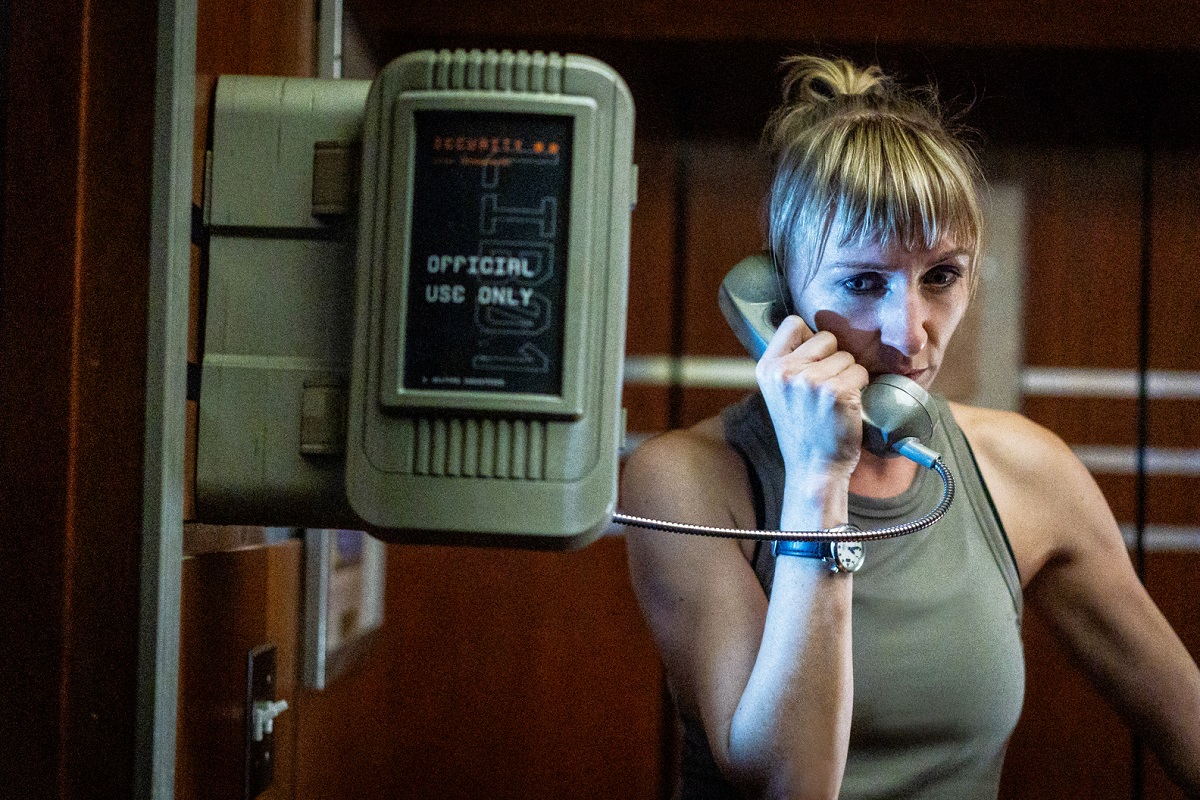 It’s a credit to the creative team on Snowpiercer that they always figure out a way to make train versus train incidents exciting. When Big Alice first showed up, it was a thrill and a surprise. Now, with Snowpiercer and Big Alice involved in a game of cat and mouse, it’s still surprising. There might only be so many places where trains could come into direct confrontation while on the same piece of track, but Snowpiercer usually finds a way, and the results tend to be very entertaining.

It helps that the battle of forces is so disproportionate, and so well established in the first two episodes of the season. Wilford (Sean Bean) has all the men he needs to repel any straight-ahead boarding action; there’s not an even battle like when the Tailies took over the train from Melanie. However, Snowpiercer is moving faster and lighter; it’s a much smaller train with a dedicated crew and has speed and energy enough to make feints and force Big Alice to respond, rather than allowing Wilford to have the initiative. It’s the classic battle of speed versus strength, size versus quickness, and experience versus brute force.

As Pike (Steven Ogg) says in this episode, the Tail always wins, and Andre Layton (Daveed Diggs) is a Tailie to the core. When you don’t have overwhelming resources, you have to fight using your brain, and Layton is more than able to match Wilford in the cleverness department, without resorting to being openly evil. And, crucially, he’s able to learn from Wilford’s tricks and reuse his tactics against him, from slowing Big Alice with refuse on the tracks to sending Josie (Katie McGuinness) in place of Icy Bob to sneak in right through the front door when Wilford isn’t looking.

There’s not a ton of character development. Most of the characters scattered throughout the episode are pretty familiar, though Tina De La Torre’s script does sprinkle in quite a few funny comedy moments in with all the chaos and preparations for violence. There’s nothing funny about Kevin (Tom Lipinski) torturing Strong Boy and the other Tailies who try to launch a distraction action against Wilford from within, but the punchline to the scene, where LJ (Annalise Basso) decides that it’s time to be on the right side of history with a well-placed shank to the throat and a Black power salute to the revolution is both a deft examination of the insulation LJ still has from the struggles of the poor to a comment on clueless allies attempting to help a movement by co-opting it from the outside.

LJ doesn’t care about the Tail, and no one who witnesses her announcement will believe it, but she does the thing and says the words in the hopes that someone will buy it and put in a good word for her and Oz (Sam Otto) with the new regime. Throughout her role in the Loyal Wedding and through to Layton’s takeover of Snowpiercer, she’s told herself whatever she needs to make excuses for her actions. It’s for the good of the train and Mr. Wilford, they’re not torturing anyone, just providing a venue, and so on. She has a basket full of excuses for her behavior that all ring hollow, and there’s no denying the glee in her eye as she watches Kevin’s blood spray all over the Night Car’s dance floor; it’s a brilliant bit of facial acting from Annalise Basso, who makes the most of every morsel of script she gets.

It goes without saying that Sean Bean is excellent as Wilford, who takes almost as much glee in preparing for combat as LJ does in drawing blood. He’s in full throated fury here, dashing around, yelling at everyone, and trying to outmaneuver the slippery team in Snowpiercer into forcing them to fight on his terms, using every weapon at his disposal. Unfortunately for him, he’s outsmarted with one of his own moves. The resulting fight, such as it is, between Bean and Daveed Diggs is excellently grungy, a really visceral, unpleasant thing, restrained only by the need to avoid expensive dental prosthetics to replicate missing teeth smashed out on the top of an ornate bar. It’s brutal and nasty, almost as nasty as the torture scenes involving Strong Boy and Kevin. There’s been a surprisingly rich vein of body horror on Snowpiercer since the very beginning, and when it’s time to smash faces and fingers, the show tends not to pull any punches.

Director Erica Watson does a solid job with the actors, and a better job of managing an episode with a lot of moving parts. No part weighs down the proceedings, and while there action moves from train to train and car to car quite a bit, it’s easy enough to follow and a testament to the editing team that it doesn’t get confusing when people start sneaking around and hopping trains. The confrontation between the two engines feels weighty, and there’s good back and forth action with no side taking the upper hand until Layton firmly takes control of the situation.

For the moment, at least. Wilford might be in chains, but as the fickle population of Snowpiercer shows as they celebrate Layton’s return days after celebrating Wilford’s Loyal Wedding. Any break from the routine is all that matters, be in a wedding, a party, or a violent insurrection. Wilford sold them a lie that he was the genius engineer; Layton is selling them a lie that New Eden is out there and waiting for them. People will believe anything if you offer them a break from the drudgery of survival on board the last train.

Best Horror Games on Xbox Game Pass
House of the Dragon Anthology: What Other Targaryen Stories Could Be Explored
Superman Races The Flash Clip – Superman: The Animated Series | DC
Why Google Stadia Failed and Is Finally Shutting Down
Cyberpunk 2077: The Best and Most Broken Character Builds