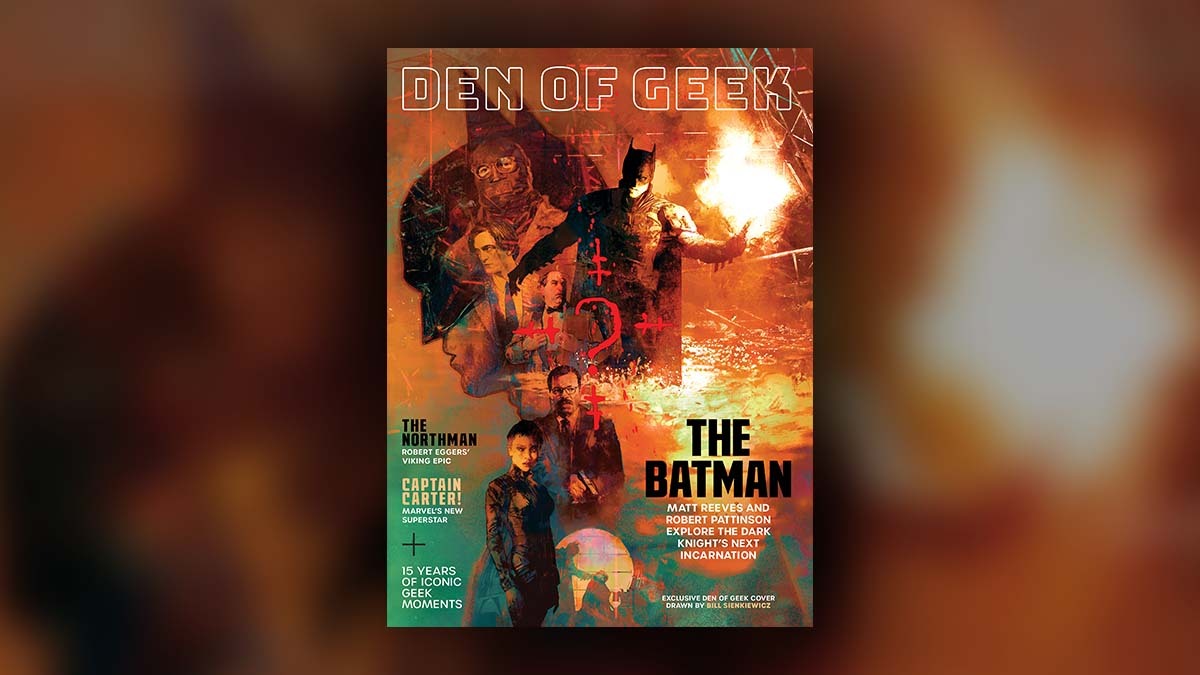 It’s almost impossible to remember a time when Batman wasn’t cool. When I was little, Batman was primarily known as the straight-laced crimefighter in endless reruns of the 1960s Batman TV series starring Adam West, Burt Ward and a seemingly endless, brightly colored array of “special guest villains.” Kids loved Batman, and not grasping the fact that the show itself was a subversive comedy, we often felt we outgrew him after a certain point. Batman certainly wasn’t the inescapable pop culture juggernaut and guaranteed box office draw that we know today. But then along came comics like Frank Miller, Klaus Janson, and Lynn Varley’s The Dark Knight Returns, which paved the way for the seismic impact of 1989’s Batman movie directed by Tim Burton and starring Jack Nicholson and Michael Keaton.

And for a superhero-obsessed kid living in a time when superhero movies weren’t just rare, they were practically non-existent, Batman was a pop culture event like no other. I haunted my local comic shop, spent every last dime of my meager allowance on Bat-memorabilia, begged my Mom to whip up a homemade Batman costume for Halloween (patient, kind, and talented soul that she is, she nailed it), and painstakingly set my Dad’s VCR for every news show that promised even a hint of new footage from the movie.

Is it any wonder that we’ve put Matt Reeves’ cinematic reimagining of the Dark Knight’s early days, The Batman, on our cover? We’ve assembled Robert Pattinson as Batman (and Bruce Wayne), Zoe Kravitz as Selina Kyle, Paul Dano as the Riddler, Colin Farrell as the Penguin, and Jeffrey Wright as Jim Gordon all together, and every single one of ‘em is drawn by legendary comic artist Bill Sienkiewicz. Known for his eerie and distinctive style, it’s pretty fitting that he’s the one to illustrate a cover about a Batman movie that looks pretty eerie and distinctive in its own right. After years of admiring his work in other people’s books, we never dreamed we’d one day have a Bill Sienkiewicz cover of our very own, but here we are!

So not only is Batman “cool” now, he’s the subject of one of the most anticipated movies of the year, and one of the coolest comics artists of a generation has illustrated him for this cover. And I get to be part of a team that is helping to bring some awesome exclusive details about it to other fans. That’s pretty cool, too, ain’t it?

The next issue of Den of Geek, with exclusive details on The Batman, arrives on Feb. 14.

ALSO IN THIS ISSUE OF DEN OF GEEK

The lore of Elden Ring!

HOW CAN I GET A COPY?

There are two ways to get your hands on our highly collectible quarterly. Den of Geek magazine is available for FREE in VERY limited quantities at over 140 fine retailers in the US, Canada, and Puerto Rico in our Comic Shop Network. You can support the stores by buying some awesome comics or collectibles AND receive our magazine. Win-win!

The only way to guarantee a copy is by subscribing and getting it delivered directly to your door! Join our waiting list and we’ll notify you via email when our new subscription portal opens!

Why Seinfeld Was the TV King of Movie References
15 Most Disturbing Horror Games Ever
Why Google Stadia Failed and Is Finally Shutting Down
How to Get All Cyberpunk: Edgerunners Equipment in Cyberpunk 2077
The Last of Us HBO Series: How Melanie Lynskey’s Character Expands the Game’s Universe