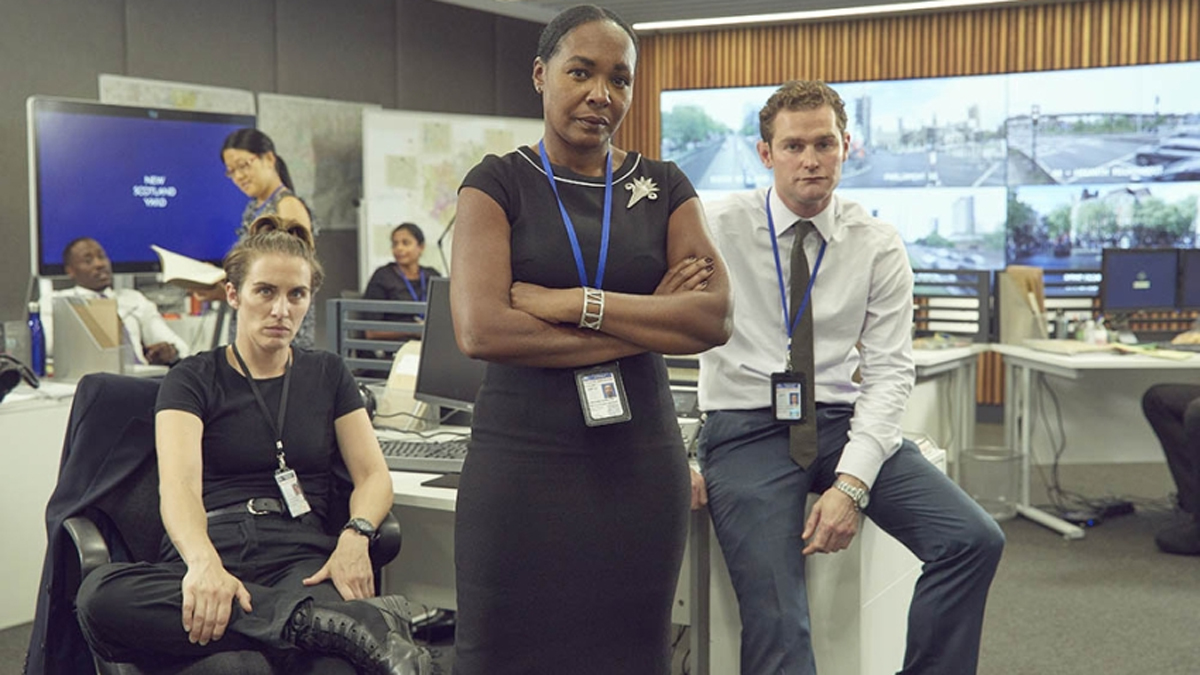 Oh, Wash. If my brother’s life depended on it, he probably probably wouldn’t listen to me either. All Billy had to do was sit tight and wait for Big Sis to do her job, but instead, he fell right into the bombers’ trap. Silly Billy. It’s not hard to see where the brains went in that family. Billy’s are currently distributed all over Cranstead Fields’ football pitch.

At least he didn’t take a crowd of innocent protestors with him as The Crusaders planned. Thanks to the fast work of Wash and the Counter Terrorism team, Billy’s was a sacrifice of one. One dozy, racist numpty to be precise, which isn’t much sacrifice unless you happen to be related to him. Actor Ewan Mitchell did such a good job of playing Billy’s dawning realisation that his new mates were blowing him up and not winding him up that it was hard not to feel for him and empathise with his stupid decision. After all, on the brink of annihilation, who would we all trust – a ticking bomb timer, or the person who probably told you aged five that rice pudding was made from frogspawn and if you span around too fast your eyes would fall out?

Whom Wash trusts is the question of the moment. After episode four, she doesn’t trust John Hudson, suspecting him of being one of the far-right bombers who groomed Billy for inadvertent martyrdom. Her evidence? The A to Z in his locker, the sickie he pulled just before the Five Oaks sniper attack, his casually racist description of the mosque victims as “the enemy”, and the generally unlikeable cut of his jib. So, is John a far-right terrorist, or just a bit of a knobber?

To find out, Wash needs to ask Mickey – whoever that is. Mickey’s the person cited by pool hall Karl as having told him about John being Billy’s flaming Sambuca mate. From that, she jumped straight to believing that John was the butcher shop window-breaking accomplice, without any corroborating evidence. Why has Wash taken Karl’s word for it? Because she instinctively trusts him, enough to confide in him about her PTSD and her fears for little bro. She even trusted Karl enough to progress their flirtation from banter to a proper go-around by the end of the episode.

Who, though, is Karl? Despite not remembering his name from training, Wash has taken him at nothing but face value since Nut’s wake. Could the motorbike mechanic be the one with the military-signature wire twist? DI Thom’s prevarication about the Portland Down lead now feels less suspicious and more the behaviour of a careerist worried about missing the next rung of the career ladder.

Episode four took the baton from last week’s high-tension closer and kept up the pace to deliver another gripping final half hour. From the moment Wash and Karl’s snog was interrupted by that urgent phone call, it was hard to look away. Things ramped up with real tension from the discovery of the bomb to the final blast (RIP William Washington, a character far outranked by the coolness of his name). The helicopters, the decoy countdown, the five-a-side team, all that running and shouting… Set pieces are something this series does well.

Even before the set piece, the whole hour felt less baggy with less dead space than previously. Scenes progressed the plot instead of filling time. Wash remains a closed book with less personality than most cashpoints, but Vicky McClure brings an effortless naturalism to the character that goes a long way. Whether chatting to her parents, fronting up to a colleague or telling her boss that she’s talking bollocks, McClure makes Wash believable.

With just two episodes to go, the fuse has finally been lit on this story.

FTrigger Point continues on Sunday the 20th of February at 9pm on ITV1.

Star Wars: Andor Episode 5 Review – The Axe Forgets
Cyberpunk 2077: The Best and Most Broken Character Builds
House of the Dragon Anthology: What Other Targaryen Stories Could Be Explored
15 Most Disturbing Horror Games Ever
Overwatch 2: How to Unlock Every Hero