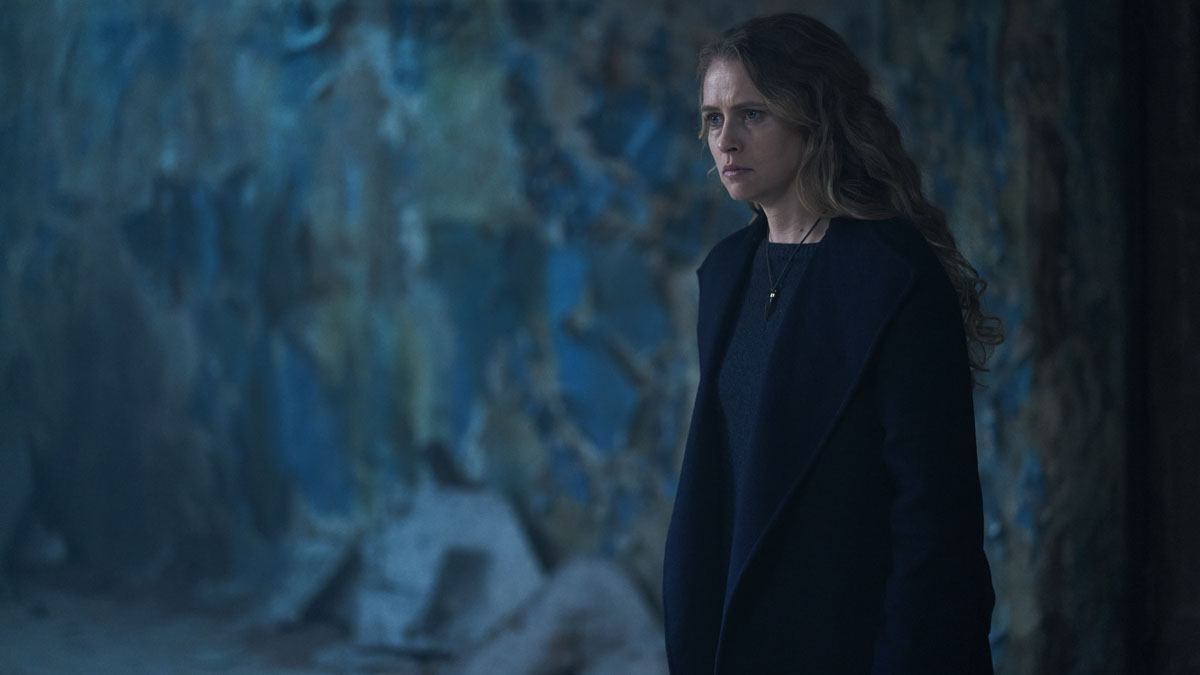 Warning: This A Discovery of Witches review contains spoilers.

It’s a bold choice to set up a season with multiple magical villains and then not conclude it with an earth-shaking, lightning-bolts-from-fingers battle, but with a… meeting. Admittedly, a meeting in which a massive glowing tree spurted out of a book and so very much not your average huddle, but still, a meeting all the same – one we’ve seen in almost every episode of A Discovery of Witches since the start. There was protocol, a chairperson, a vote and that awkward bit where everybody’s waiting outside with their coffees/ancient keys waiting for the Wi-Fi code. There was probably even some poor daemon taking the minutes and then sending out an email detailing the relevant action points.

Action point 1: revoke the Covenant. Action point 2: redistribute power equitably between the species. Action point 3: mingle, singles! The Book of Life’s lessons were finally interpreted to mean that creatures are languishing in the modern day because thanks to the Covenant, there hasn’t been enough inter-species breeding. Magical DNA is a blend, not a single-varietal deal, and requires a touch of daemon in the mix. Creature-kind have become weak by mating only with their own. Now it’s time for vampires, daemons and witches to come out of the closet, renounce their separatist ways and start attending each other’s book groups.

Thematically that’s all very admirable, but however pleased we might be for the characters, it doesn’t help the fact that this finale lacked peril – always a consequence of super-charging your hero with seemingly limitless juice. After absorbing the book, Diana needed only wave her fingers to deal with both Satu and Benjamin. There was no struggle, no sacrifice, no contest.

After Knox was dispatched so quickly last episode, it felt as though the pitch was being cleared for some real fireworks. The fighters assembled! The helicopter landed! Miriam kicked down the door! And then… none of them had a single thing to do. Diana went on a spooky Halloween tour of enchanted Matthews (very disgusting, that open-heart effect. Kudos), cast a couple of spells and then they all were home inside the 20-minute mark. It had atmosphere, thanks to that great Chelm location and the music, but in story terms, Diana may as well have been collecting Matthew from a fishing weekend for all the conflict we saw. Finger wave – Satu’s spellbound. Finger wave – Benjamin’s dust. Brushes palms together – pub?

Back at Sept-Tours, some peril was attempted with everybody exchanging grave looks and reading poems at Matthew’s bedside (Hamish finally got some lines!). It wasn’t long though, before the vamp was up and about and doing masonry, bio-genetics and the tango.

That mild disappointment dealt with, there were some cool moments. Baldwin cooing over one of the babies in the closing tableau was surprisingly moving after seasons of his throbbing neck-vein intransigence. It’s a reminder that gatekeepers of oppressive systems are just as freed by their dismantling as anybody else. Gerbert may be too far gone to benefit, but Baldwin’s redemption is complete. His and Matthew’s heart-to-heart about Philippe revealed endearing vulnerability. Maybe now he’ll even be able to enter a room like a normal person, without all the billowing winds and frenzied stare-drama.

Happy endings were generously doled out in the new spirit of species diversity. Marcus and Phoebe got engaged. Miriam and Chris exchanged a fruity look. Nathaniel, Sophie and Margaret reunited with Agatha. Fernando and Hugh’s love was finally acknowledged at Sept-Tours. Gallowglass and Matthew had a little clear-the-air-about-my-being-besotted-with-your-wife cuddle. Matthew told Jack he was proud of him and loved him. Only Sarah was left staring into the fire with a whisky, her alone having paid a serious cost in this battle.

Not her alone. Satu also suffered by being delivered into the hands of the goddess without power or craft, a feat Diana achieved without breaking a sweat. Satu though, had lost all rights to sympathy when she came at Diana with enchanted Matthews and fiery fists. Benjamin suffered too, momentarily, but his death felt more like suicide-by-cop than anything else. What did he think would happen when he lured history’s most powerful witch to his evil lair? Tea and biscuits?

Gerbert suffered too, but only in the ego department. It was fun seeing Ysabeau tell him to do one in Lindsay Duncan’s beautiful, otherworldly voice, in a room painted like a chess board as a reminder of the games he’s been playing. “You have no dominion here,” is a good line, and one worth remembering the next time someone sits in the seat you’ve booked at the cinema.

There was less fun in seeing Diana take Gerbert down through the power of bureaucracy, even though she did it wearing pearl-armoured shoulder pads in what must be the witch equivalent of a power suit. Dr Bishop won the day like she always wins the day – with absolute self-possession and no inner doubt. Like a good academic, she gave a strong presentation supported by evidence and a whizzbang visual element, and as always, she spoke sense. “For too long the power has rested in the hands of the same privileged few.” Well said.

Then it was all over bar the shouting and the tango. An escapist, romantic story wrapped up with minimal heartache, zero sense of humour, and a great deal of fan service. Adieu, mon coeur.

A Discovery of Witches Season 3 is available to stream on NOW in the UK, and on AMC+. Sundance Now and Shudder in the US.

Why the Multiverse Could Be the Key to Wanda’s MCU Return
Jacques Colimon & Emilio Garcia-Sanchez on Society Season 1 Episodes 9 & 10 | AfterBuzz TV
Wrath of the Lich King Classic Release Time: When Will the WoW Update be Playable?
Wrath of the Lich King Classic: Every WoW Class Ranked Best to Worst
Why Seinfeld Was the TV King of Movie References