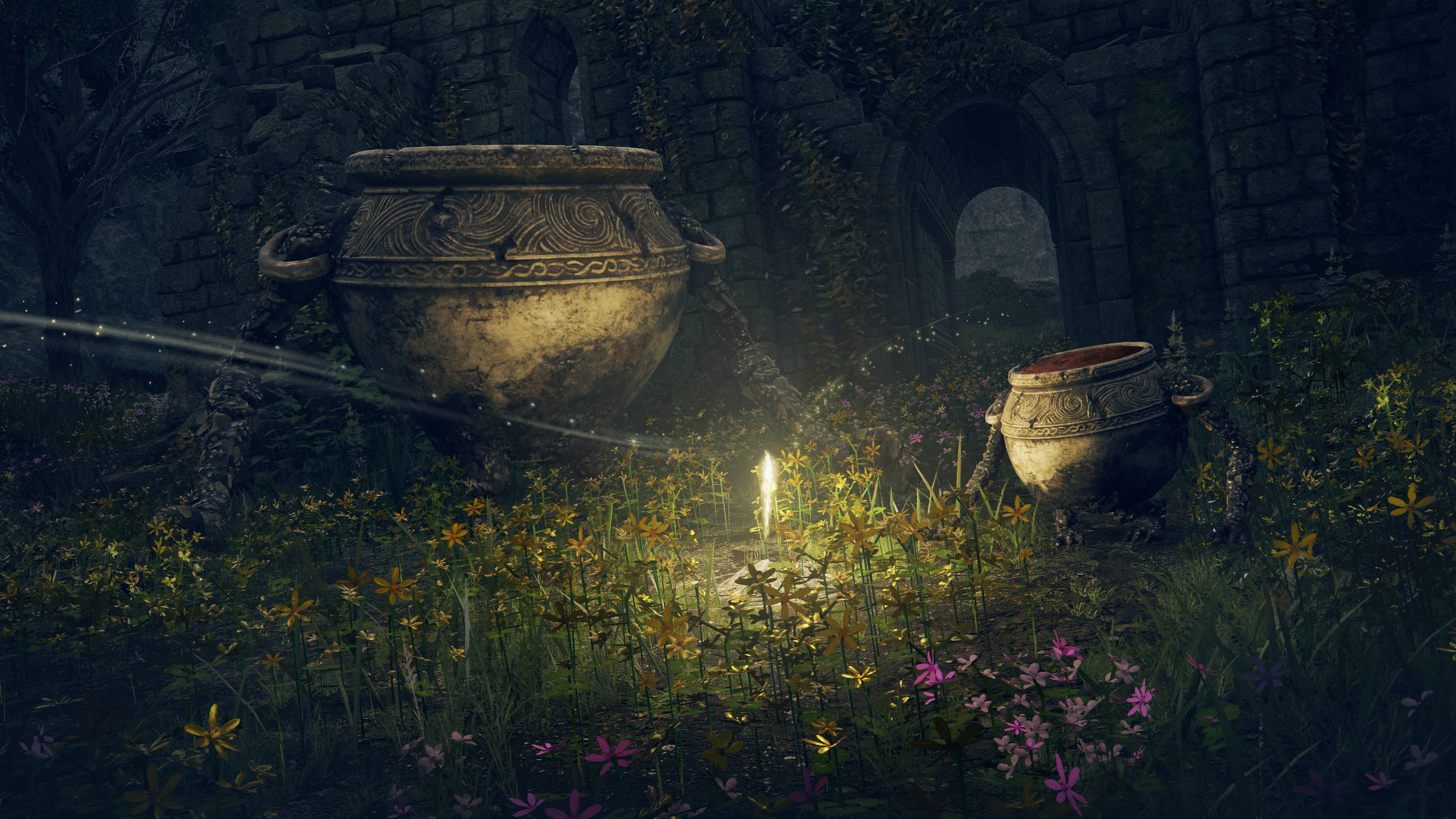 Much like choosing your starting class, picking which Keepsake to begin your Elden Ring adventure with won’t necessarily determine whether you succeed or fail in this epic open-world RPG, but picking the right Keepsake can certainly make the rest of the game a little more manageable.

Just as it is in so many other Soulsborne games, though, deciding which gift to start the game with isn’t always as easy as you might think it would be. Not only does the game not bother to tell you what a few of the available Keepsakes actually do, but even once you somewhat understand their basic functionality, it can be incredibly difficult to choose between seemingly equally viable options.

With that in mind, here’s a brief look at the various Keepsakes available in the game and which ones are the best (and worst) for you.

While some veteran Soulsborne players will actually enjoy making the game slightly more difficult, everyone else should be very careful and try to make sure that they don’t accidentally choose this option on the character creation screen.

Draw an enemy’s aggression and encourage them to attack you.

Shabiri’s Woe is essentially a “taunt” item, which is just another way of saying that using it will force an enemy to attack you rather than your co-op partner or any other cooperator you may be working with.

This item is simply useless outside of co-op situations and is really only useful during co-op if you’re trying to prevent a boss or other powerful enemy from attacking your partner. This is by far the most “niche” Keepsake and should only be chosen by players who intend to spend a lot of the late-game helping others.

Five (5) consumable items that offer a damage reduction buff when used. Each item can only be used once.

While reducing incoming damage in a Soulsborne game is almost always a good thing, these Boiled Prawns probably won’t last you very long. You don’t get many of them to use in the first place, and the buff they provide is more of a pleasant benefit than a significant advantage.

Still, I could see some players arguing that this is a perfectly viable Keepsake for new players trying to learn a class with naturally lower defenses. Even then, though, there’s another Keepsake that I think you’ll get more value out of in the long run.

Summon an Imp spirit to fight alongside you.

Choosing this item will allow you to summon a spectral ally who will assist you in combat. However, you’ll only be able to summon the Imp in specific situations and only after you’ve acquired a special item that allows you to perform those summons.

While this Keepsake is theoretically useful even into the later portions of the game, I imagine most players will have discovered significantly better summoning options by the time that they’re actually able to perform that function. Feel free to skip this initially appealing option.

Five (5) consumable items that add a buff to your weapon that may allow you to force affected enemies to fight alongside you. Each item can only be used once.

While the ability to bend enemies to your will and have them do some of the dirty work for you probably sounds like a clearly desirable option, this Keepsake’s effectiveness is undermined by its limited charges as well as the fact that only a select number of enemies are susceptible to this charm in the first place.

Again, this Keepsake can help you out during the early game, but there are just other options that will be significantly more useful to you both in the early game and into the later parts of your adventure.

Start the game with three (3) Cracked Pots that can be used to craft certain items.

I may be overrating this Keepsake slightly due to the fact that Cracked Pots are a relatively common item whereas other Keepsakes are unique, but I think you’ll get more mileage out of this item in the long run compared to its closest competition.

Cracked Pots are used to craft specific (and often valuable) items. While you will be able to find and farm quite a few of them later in the game, it’s certainly nice to start your Elden Ring adventure with a few of these already available.

While it’s not exactly difficult to acquire Runes in Elden Ring, it’s certainly nice to start the game with a few thousand extra Runes that will allow you to quickly level up or even purchase a few early items from merchants.

I think the value of the next few Keepsakes we’re going to talk about makes it difficult to recommend this one to everybody, but this is a perfectly viable option for certain classes and players that want that early advantage.

Star the game with two (2) keys that are used to open mist doors that often lead to valuable equipment and alternate paths.

Here’s where the rankings get tough.

Stonesword Keys are used to unlock special areas throughout Elden Ring that typically contain incredible rewards (as well as some additional challenges). You’re always going to be happy to find these keys out in the world, so starting the game with two of them is certainly an exciting prospect.

While I think it’s slightly easier to recommend the next two Keepsakes to pretty much everyone, this is probably the ideal choice for second playthroughs or experienced Soulsborne players.

This equipable Talisman raises your overall health by 26.

When it comes to Keepsakes, the most obvious option can sometimes be the best. That’s certainly the case with this Talisman that offers a relatively minor health boost that quickly proves to be valuable to just about every kind of Elden Ring character build.

A bigger health pool is always a good thing, but the thing that makes this Keepsake so valuable is the fact that it’s not always easy to find new Talismans in Elden Ring, especially during the early parts of the game. As such, this is one piece of equipment that you’re likely going to use for quite some time.

Grants +1 charge to your flask when used at a Site of Grace.

While there are a few Keepsakes in Elden Ring that are easy to recommend to most players or specific kinds of players, the Golden Seed is probably the one Keepsake that everyone will benefit from equally and in a way that makes the game noticeably easier.

Adding an additional charge to your flask simply means that you’ll gain an extra opportunity to take a swig from it and regain valuable FP or HP. Golden Seeds are some of the most valuable items in Elden Ring, and being able to start with an extra one is just about the biggest advantage the game offers you at the start.

Marvel’s Avengers Superior Seminar | Hulk
GamesMaster: Before YouTube and Twitch, Sir Patrick Moore’s Floating Cyborg Head Was the Pinnacle of Gaming TV
13 MCU Theories That Were Too Good to Be True
Why the Multiverse Could Be the Key to Wanda’s MCU Return
The Legend of Zelda: Who Created the Triforce?