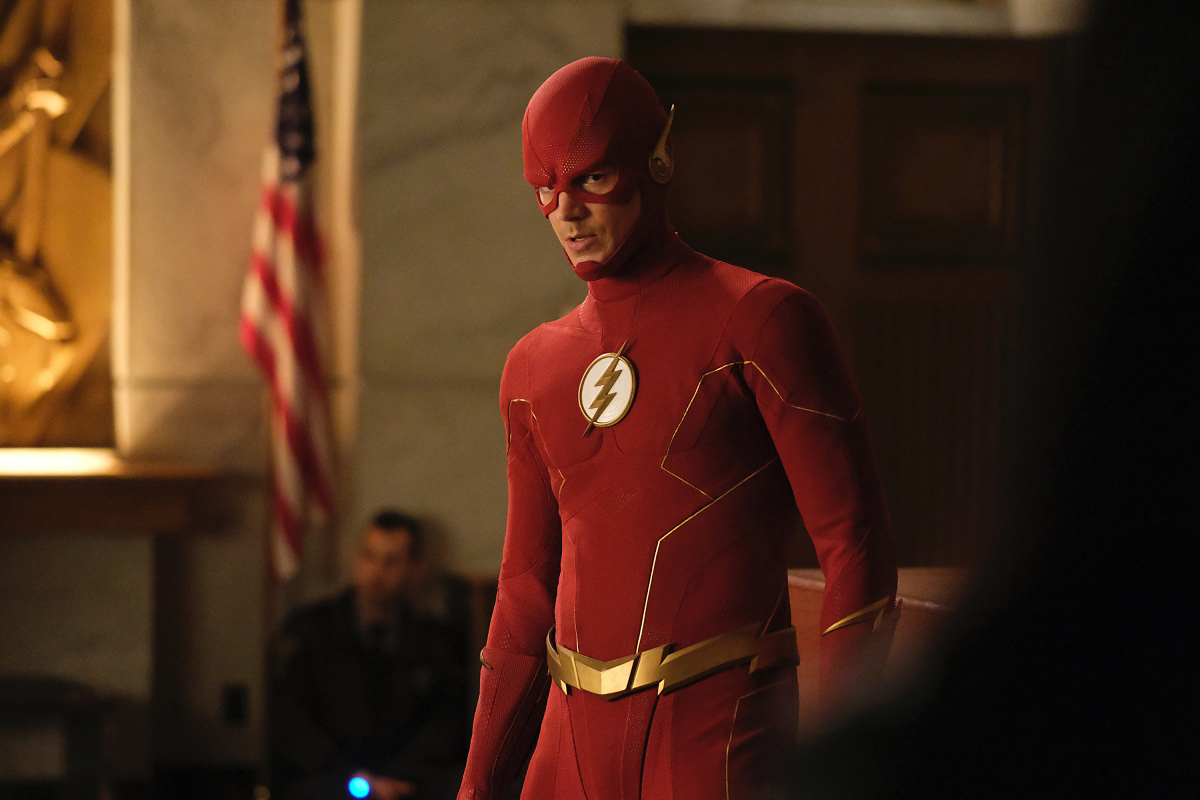 The following contains The Flash spoilers

To what will likely be the surprise of many, The Flash is still keeping things remarkably low-key in its second episode back from its lengthy post-Armageddon hiatus. “Lockdown” is clearly another of what showrunner Eric Wallace likes to refer to as “interlude” episodes, or more standalone stories that aren’t clearly part of the larger, more interconnected “graphic novel” arcs. And you know what? The surprisingly low-stakes hour feels exactly like what The Flash needs more of these days. A fun, simple adventure with an entertaining villain and some character-based subplots on top? We can absolutely do this for the rest of the season.

We won’t, of course, given that the outstanding mystery of Iris’s time sickness still needs solving, particularly since she seems to be either losing or somehow changing time without realizing it. And I’m certainly not lucky enough to believe that I’ll never have to sit through another nonsensical storyline about the Forces of Nature at some point. But “Lockdown” feels a lot like an early-season episode of the show, and although very little of this seems as though it’ll be terribly consequential going forward, it’s all still fun to watch.

Granted, it’s not clear who thought we were all dying for an episode where Barry and Kramer bond and learn to respect one another via surviving a hostage situation together, but if she’s going to stick around as police chief, it makes sense that The Flash is trying to make her character more tolerable. Your mileage may vary, of course, about whether you think this is a character worth redeeming after what she tried to do to Frost or, really, to most of the metapopulation of Central City. (Truly, I get that she and Joe like survived imminent death together but his sudden decision to become Kramer’s #1 hype man truly makes no sense to me.)

But, at least if Kramer and Barry have to get held hostage together, at least it’s by a really entertaining recurring villain. Damion Poitier is back as Goldface, a fantastically over-the-top bad guy we last saw in Season 5 who can control gold and feels like he’s stepped straight out of a comic book. From his over-the-top power set to his apparent deep love of Herman Melville (!!), this is the kind of villain of the week that The Flash does best. (He and Amunet Black even see Dr. Sharon Finkle together! Double date with the West-Allens, when?)

Unlike a lot of recent The Flash villains of this week, his goal is simple and attainable: Steal an item, sell it, get money. And, unlike a lot of The Flash stories, his plan isn’t something Barry can diffuse by running fast or rattling off an ode to the life-changing power of love. Instead, he actually gets the chance to use his brain for once, and the show would really do well to remember that’s an option in the future.

And though practically everyone in Central City knowing Barry’s secret identity has become something of a joke at this point, at least this particular reveal felt more earned than most in recent seasons. (Plus, the hoops the show has to jump through to keep Kramer in the dark when literally everyone else knows are probably more trouble than its worth, to be honest.)

Elsewhere, it appears that Caitlin has apparently decided to start dating again. This makes a certain amount of sense given that we’ve actually managed to make it several seasons now without a Caitlin arc focused on her love life or one in which we had to find out someone she was romantically attracted to was secretly evil in some way. It was probably time. And Marcus seems nice enough, even if he’s a bit on the dull side. It’s just hard to let go of the idea that this will inevitably end badly for her in some way. Or the hope that The Flash should surely be able to find some kind of story for Caitlin—renowned doctor, scientist, and OG Team Flash member—that doesn’t primarily revolve around her romantic life. (I don’t think Marcus is the kind of guy who is going to be about that superhero life is what I’m saying.)

Truthfully, the evolution of Caitlin and Frost’s bond now that they exist in separate bodies and each has agency of their own with respect to each other is the most interesting story either woman has going on right now. Don’t get me wrong, I do think Frost’s bad boy fling with Chillblaine is kind of cute. But it’s also not particularly fresh, narratively speaking. He’s exactly the type of guy we’d all have assumed Frost would go for back in, like, Season 3 when she was still evil, so there’s not a whole lot of surprises in their connection. (Unless it’s the fact that Chillblaine is possibly a decent person if he cares enough about Frost to reach out to her sister?) But, Danielle Panabaker does a great job as always essentially acting against herself, something I don’t think she gets enough credit for in the world outside of the show.

Given that The Flash has returned with these “interlude” installments, it’s still difficult to judge the direction of the back half of this season. But though neither “Lockdown” nor “Impulsive Excessive Disorder” is likely to make many fans’ best-of-the-series, they’re fun—and sometimes, it’s nice to know this show is still capable of that.

MST3K Season 13 is Embracing the Chaos
20 Best Crime Video Games Ever
House of the Dragon: Meet the New Princess Rhaenyra and Queen Alicent
Wrath of the Lich King Classic: How Long Does it Take to Reach Level 80?
Why The Sandman Season 2 Still Hasn’t Been Confirmed