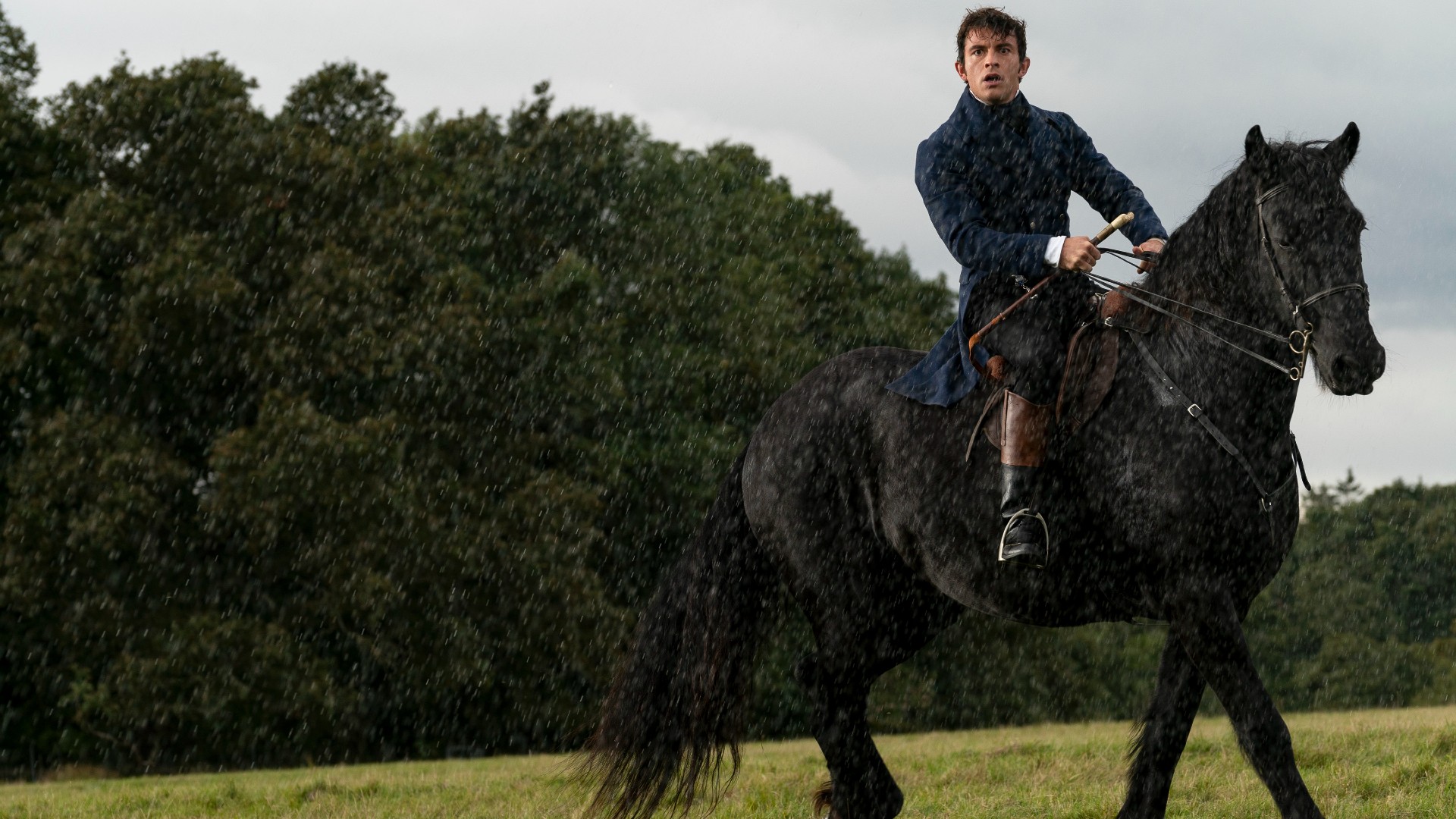 Some Bridgerton viewers may be wondering why the final two scenes of season 2 feature a time jump in-between Penelope’s voiceover as Lady Whistledown and the last moment which is a reprisal of the Pall Mall game from episode 3. There’s a simple explanation beyond creating hype for future seasons.

The answer lies in the book that Bridgerton season 2 is based on called The Viscount Who Loved Me. Julia Quinn, the author of the book series, writes epilogue scenes following each book to show events after the couple is engaged or married. The epilogues often include details to cement the Happy Ever After for the couple in question, such as the name of their firstborn child, a Bridgerton family reunion, or a flash forward scene that addresses a loose plot thread.

Some books even have two epilogue scenes. Bridgerton scripts frequently have to trim scenes from the book either for time or because it’s easier to visualize a setting on screen versus describing it in text. The writers do know, however, the fans love the epilogues and view them as an important part of character development. Season 1 of Bridgerton also ended with an epilogue scene that showed Simon and Daphne’s son as a newborn.

The Viscount Who Loved Me actually has two epilogue scenes The first epilogue takes place on the night Anthony’s 39th Birthday in 1823. Excluding details that may show up in future episodes, it shows Anthony embracing growing older, no longer afraid of his father’s fate. The second epilogue takes place beginning two days before Anthony’s birthday and it’s all about the lead-up to the annual Bridgerton family Pall Mall match plus the game itself.

Some of the attendees are spoilers for future episodes so they will not be mentioned. Simon was also there but not seen on the show as Regé Jean-Page was not able to film cameos for season 2. The game itself is the usual Bridgerton family battle of wit, wills, and occasional cheating to get the upper hand or possession of the Mallet of Death. Anthony and Kate however take turns flirting with each other and trying to undermine each other before and during the game.

Bridgerton Season 2’s final scene shifts the timeline of the annual Pall Mall game to shortly after Kate and Anthony are officially married. Their actual wedding ceremony occurs off the page in the novel as well but the timeline is altered in the series to fit in show-only characters and plots. Kate and Anthony almost missing the start of the game because they were still in bed replaces the nighttime scene. and also shows the events in linear order.

Parts of the gameplay descriptions were clearly integrated into episode 3. The spoiler attendees are cleverly replaced by Lady Danbury and a now starting to walk baby August was also added into the show version. Parts of the actual competition were moved to episode 3.

Even though there are differences, the overall meaning is still intact. Anthony believes he truly fell in love with Kate during the Pall Mall game. The spirit of the family competition and also family unity is still there. Kate and Anthony still provide a mutual distraction for each other. However, in the show, they spend so much time kissing they don’t even bother playing.

Fans of the novels may often dispute Bridgerton adaptation choices but it’s clear the epilogues will be shown in some form to end each season. This also benefits fans who haven’t read the book because who doesn’t love seeing their favorite characters holding hands and walking off into the proverbial sunset?

All episodes of Bridgerton season 2 are available to stream on Netflix now.