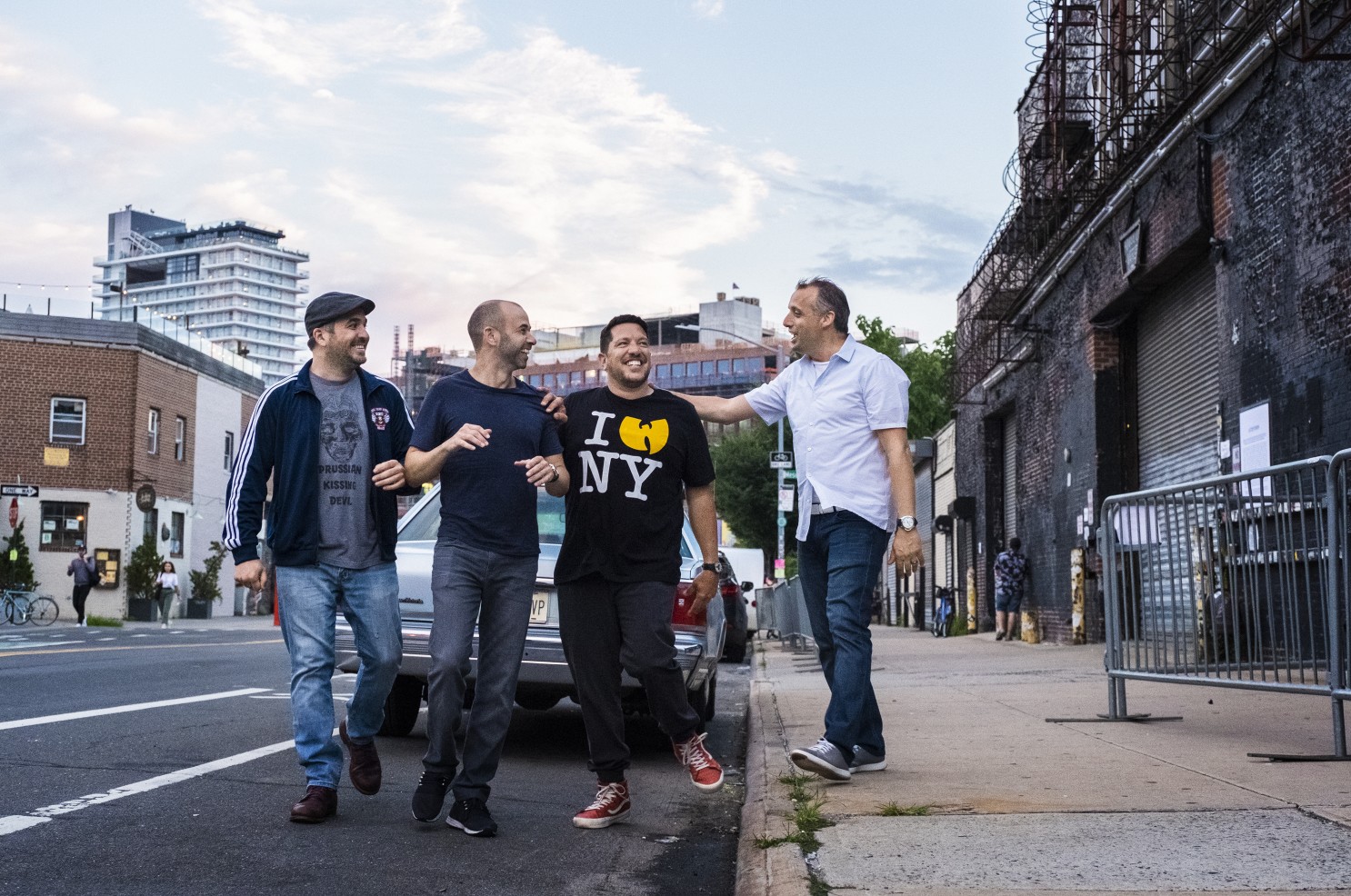 When Picard season two found the title character and his crew going back to 2024 after being sent to an alternate universe by Q, fans expected to see some surprising faces. Thus far, the most notable has been a younger Guinan, with Ito Aghayere filling in for Whoopi Goldberg. But some TV fans may have recognized another familiar face in Guinan’s Los Angeles bar, one usually found behind the chaos and not in the center of the action.

Brian Quinn, aka Q of the Impractical Jokers, appears as “Uncle Dale,” a dog walker who arrives to bring home Guinan’s pet Luna. As some observers have noted, this isn’t the first time Quinn has cameoed in a genre show, having shown up in the Syfy series 12 Monkeys and the CBS adventure show MacGyver. Even more interesting is that Quinn’s character was named Uncle Dale in all three shows, which led fans to wonder: is he the same guy? On Twitter, Quinn answered in the affirmative.

That sounds like crazy talk until you look at the replies. Terry Matalas, who serves as Picard season 2 showrunner with Akiva Goldsman, chimed in to back up the claim, suggesting that all three shows take place in the same “Daleverse.”

Given the fact that Matalas previously was the showrunner on 12 Monkeys and MacGyver, the reoccurring character has a lot more to do with Matalas’s friendship with Quinn than the indication that resourceful do-gooder Angus MacGyver (played by X-Men: First Class’s Lucas Till in the reboot) could someday hang out with Captains Picard or Kirk.

But Quinn’s appearance does belong to a different history, that of surprising cameos in Star Trek shows. Over its nearly sixty-year history, Star Trek has welcomed aboard several famous travelers to join the franchise’s continuing missions. More than mere publicity stunts, these cameos often are the fulfillment of Trekkers’ lifelong dreams. When they get enough clout, they can find a way to guest on the show. Past cameos include musicians Rage Against the Machine guitarist Tom Morello, Go-Gos guitarist Jane Wiedlin, and punk godfather Iggy Pop. Perhaps the most infamous musician cameo involved classic rocker Mick Fleetwood, who beamed aboard for the Next Generation episode “Manhunt”, but his face was hidden in a fish mask.

Some actors pulled their weight to drop by the franchise, including Christian Slater in Star Trek VI: The Undiscovered Country, Seinfeld’s Jason Alexander as a holy man in Voyager, Kelsey Grammer as Captain of the time-displaced USS Bozeman. Perhaps the most notable example of a famous actor making their way to Star Trek is Goldberg herself, who used her Oscar win to request a role in Next Generation.

Will “Uncle Dale” be as fondly remembered as these and other cameos? He has some stiff competition, but fans of 12 Monkeys and MacGyver would probably say yes. That’s especially true if Terry Matalas can find another way to bring Quinn back aboard – maybe next time walking Captain Archer’s Porthos and other Federation pets?