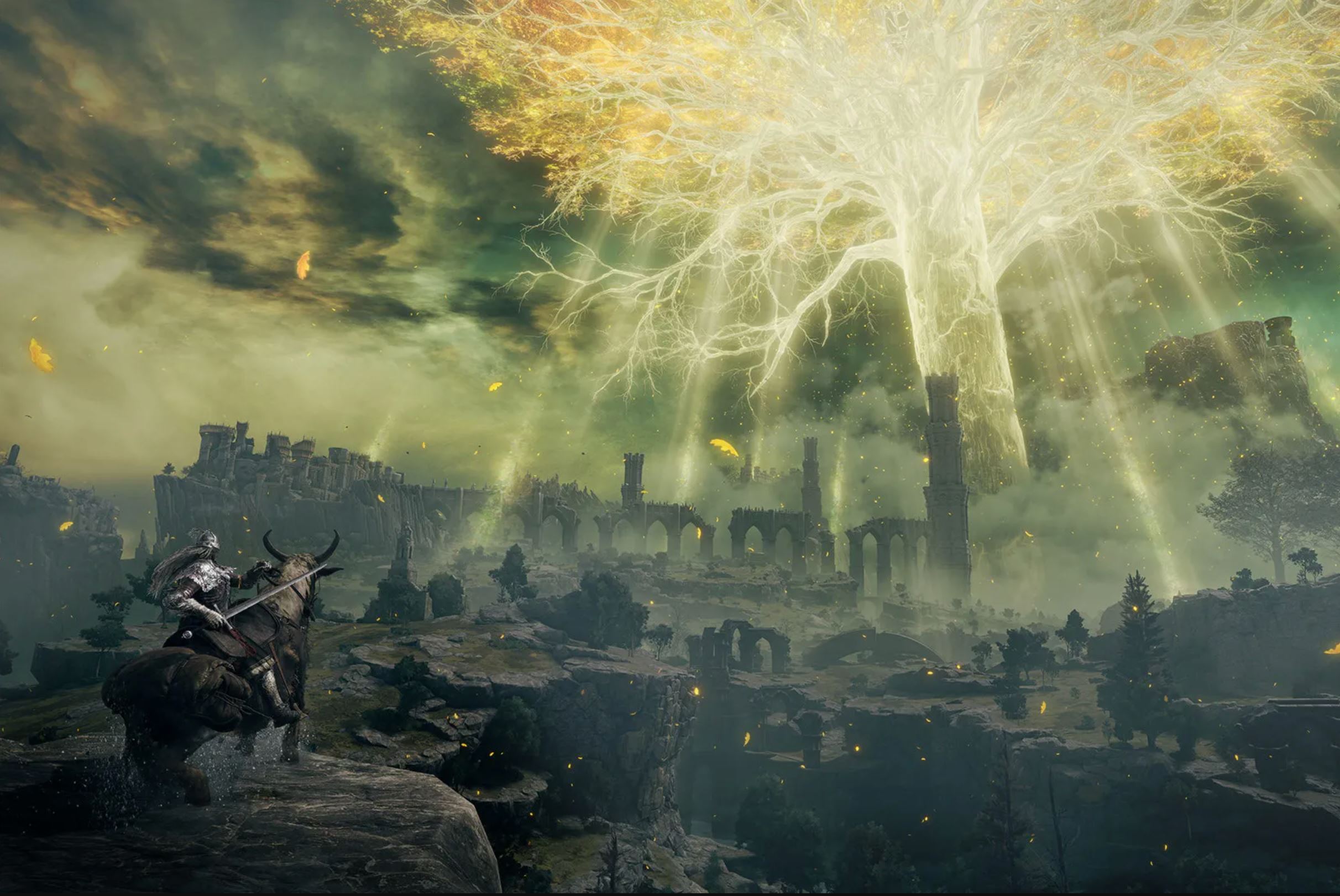 For many gamers, the thought of finding the time and summoning the patience required to beat Elden Ring is a daunting enough prospect. However, some of the open-world epic’s most dedicated runners are already discovering ways to finish the game without taking or dealing damage.

While “no-hit” runs are something of a tradition in Soulsborne games, the idea of playing through Elden Ring without ever taking a point of damage from any source is one of those concepts that intimidates even the best Soulsborne runners. As for an Elden Ring “pacifist” run…well, that’s kind of a new concept for Soulsborne titles that really showcases the various ways you can play (and eventually beat) this game.

Here’s what you need to know about those stunning no-damage and pacifist Elden Ring runs:

GinoMachino deserves a standing ovation for his recent “no-hit” Elden Ring run, but he still technically received damage several times through his playthrough. After all, even if Elden Ring players dodge every enemy attack, they can still lose health due to fall damage, environmental hazards, and certain skills and spells (e.g., the Bloody Slash Ash of War). Recently, though, Twitch streamer Seki surpassed GinoMachino’s already impressive feat by completing Elden Ring without taking any amount of damage.

As the challenge’s title suggests, this style of play is notably more difficult than a no-hit run since, as Seki told Kotaku, he would have to start over if he took any amount of damage from any source. In order to achieve his goal, Seki started with the Prisoner class and chose the Cracked Pot for his keepsake. However, he quickly ditched all of his chosen class’ starting armor (after all, what’s the point in wearing armor if you don’t plan on getting hit). Seki then relied on a Dexterity/Intelligence character build with an emphasis on Intelligence and a few points invested into the Mind stat for the extra FP it provides. While Seki spent most of his journey on horseback and avoiding fights whenever possible, he did rely on the Moonveil Katana (specifically its Transient Moonlight skill) and the Rock Sling spell when combat was inevitable. Seki also utilized throwing knives whenever he needed to deal some damage fast.

According to Kotaku, Seki spent countless attempts planning and practicing his no-damage run; he might have only streamed his accomplishment for three hours, but he trained for over 130 hours to get there. Apparently, the biggest hurdle he faced was the final boss (the Elden Beast) as one of its attacks, Elden Stars, can only be avoided by staggering the creature. Seki spent “dozens of hours” trying to get the timing right, and more often than not the spell would hit him, forcing Seki to start over.

So what’s next for Seki? Believe it or not, he thinks an “All Remembrances No-Hit” attempt is in order.

Streamers such as Seki demonstrate that it’s possible (if incredibly challenging) to beat Elden Ring without taking any damage, but what if someone told you they beat the game without dealing any damage? Well, that’s exactly what Iron Pineapple did.

Unlike a No-Damage run, Iron Pineapple’s Pacifist run had one simple rule: Beat the game without ever attacking. To be fair, you could maybe argue that challenge is easier than a no-damage run since Iron Pineapple didn’t have to start over from scratch if he was ever hit. However, Iron Pineapple still ran into countless roadblocks that he only overcame through adaptation (and a little assistance from the occasional glitch).

Since Iron Pineapple couldn’t rely on any weapons (until he got the Mimic Tear), he instead focused on Spirit Ashes and Incantations. He started with the Prophet class due to its high Faith, and he also chose the Fanged Imp Ashes as his keepsake. Iron Pineapple put most of his early points in Vigor and Mind, and he “killed” enemies by letting allies (both Spirit Ashes and summoned NPCs) do all the heavy lifting while he hung back and healed them. However, when that wasn’t an option, he either ran past opponents or cheesed them. His cheese tactics in this instance included tricking monsters into jumping off cliffs (or pushing them off via the incantation Rejection), leading enemies into deadly geysers, and, on occasion, jumping over a fog door to bug out a bosses’ AI. Every victory where Iron Pineapple didn’t have to fight counted as a win in his book (even if it was the result of a glitch or gravity).

As the run went on, Iron Pineapple adopted new strategies to take advantage of different boss arenas and weaknesses. This included adopting skills that do not technically do damage (such as Fires of Slumber), summoning the Rotten Stray to kill enemies slowly via Scarlet Rot, and even constructing a bleed build so his Mimic Tear could tank every boss.

While older FromSoftware games (probably) couldn’t be beaten without ever attacking, the game’s Spirit Ashes are a big part of the reason why a pacifist run in Elden Ring is technically possible. More importantly, Iron Pineapple demonstrated that the Mimic Tear is still one of Elden Ring’s strongest Spirit Ash allies, even after the Patch 1.03 nerf.

Given the sheer creativity of many Soulsborne players, odds are we will experience even more mind-boggling Elden Ring runs in the future.

GamesMaster: Before YouTube and Twitch, Sir Patrick Moore’s Floating Cyborg Head Was the Pinnacle of Gaming TV
13 MCU Theories That Were Too Good to Be True
The Last of Us HBO Series Trailer Reveals Nightmarish Clicker Designs
Why Google Stadia Failed and Is Finally Shutting Down
Sci-Fi Short Film “Golden Shot” | DUST