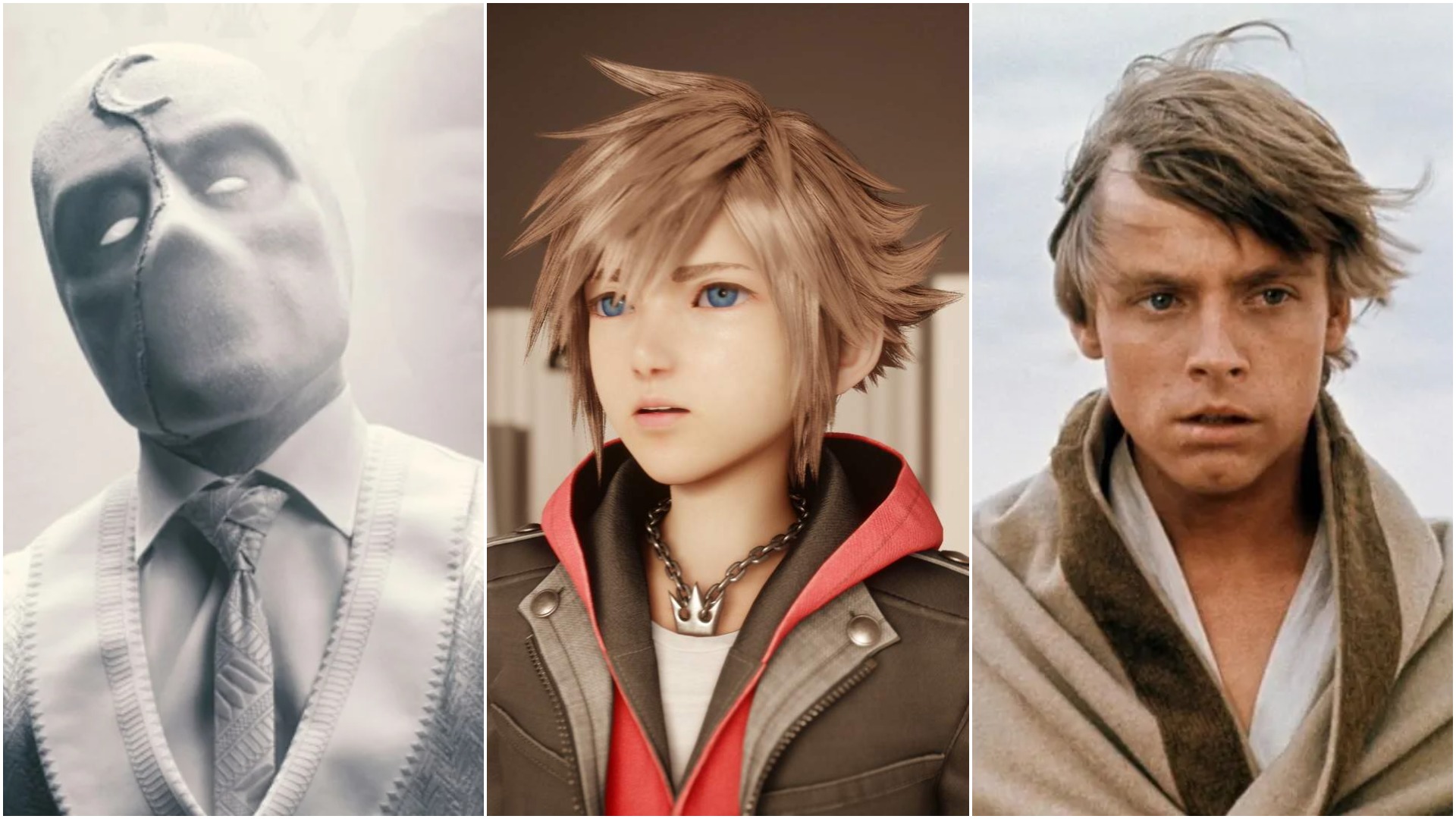 The Kingdom Hearts franchise has entertained gamers for two decades by combining the disparate worlds of Final Fantasy and all of the characters Disney has to offer. However, while Disney’s library of properties has grown significantly since Kingdom Hearts’ humble beginnings, the House of Mouse has yet to introduce its Marvel or Star Wars franchises to the series. But according to some eagle-eyed gamers, that’s exactly what’s happening in the next entry.

Square Enix recently released a special 20th anniversary trailer for upcoming Kingdom Hearts games. At the halfway mark, the video unveiled the news almost every audience member was expecting/hoping for: Kingdom Hearts 4. The final half of the anniversary trailer then devotes time to showcasing the modernized world of Quadratum and Sora’s new photorealistic look. However, before the video jumps to Quadratum and Sora, the trailer displays clips of a forest. On one hand, these scenes help demonstrate the kinds of graphics gamers can expect from Kingdom Hearts 4, thanks to the Xbox Series X and PlayStation 5, but some viewers are convinced the scenes actually tease an upcoming Star Wars world.

At the 4:41 mark, the above video pans over a babbling brook, filled with rocks and flanked by ferns, but an odd object sits in the upper-right corner. Even though the object is out of focus, it is still clearly metallic and dome-shaped with a rectangular piece jutting up from the back. The general consensus is that this thing is actually an Imperial AT-ST’s foot, which also implies that the forest in the trailer is actually the moon of Endor. If this is the case and not simply the result of pareidolia, then it’s not only awesome (who wouldn’t want Sora to wield a Keyblade lightsaber?) but also opens up the window for other crossovers.

Now, some of you might ask why including Star Wars in a Kingdom Hearts game is so noteworthy? After all, Kingdom Hearts is a collaborative effort between Square Enix and Disney, and Disney has owned the keys to the Star Wars galaxy for a decade. Well, in the past, contracts got in the way. According to game director Tetsuya Nomura, a contract restricted Mickey Mouse’s appearance in the first Kingdom Hearts game to a one-scene cameo silhouette. Meanwhile, until very recently, Electronic Arts held the exclusive rights to make Star Wars games, meaning Square Enix couldn’t use any of those characters or worlds during that time.

If the trailer does indeed include an AT-ST tease, then Square Enix has finally come to an agreement with Lucasfilm and Disney. Needless to say, this would be a big win for Kingdom Hearts and Star Wars fans who also play games. Fans have long wanted Sora to explore the galaxy far, far away since Disney bought the property in 2012. Gamers getting to finally live out that wish would be up there with seeing Sora in Super Smash Bros.

Of course, a potential Star Wars level in Kingdom Hearts 4 opens up yet another question. Does this also mean that the next game could also see Sora visit the Marvel universe? Today, Marvel fever has arguably eclipsed even Star Wars-mania, thanks to a successful run of box office-smashing films and popular TV series. But Kingdom Hearts has yet to touch any MCU properies, despite Disney acquiring Marvel Entertainment all the way back in 2009. If Square Enix worked out a contract to include Star Wars in Kingdom Hearts, then surely it must have done the same with Marvel, right? Well, that’s a pretty big “if.”

Even though Square Enix published a Marvel’s Avengers game, the game flopped miserably. Square Enix had a second shot with Marvel’s Guardians of the Galaxy, which was a vast improvement critically but not financially. To put it bluntly, Marvel might not be so excited to let Square Enix create more video games with its properties.

But Marvel’s Guardians of the Galaxy also demonstrated that a Marvel game under Square Enix’s leadership can work, so long as it’s not trying to shovel in an ill-fitting “games as a service” model while sacrificing meaningful and engaging storytelling. And Marvel level in Kingdom Hearts 4 would be a great opportunity for Square Enix to demonstrate that it can handle Marvel characters and worlds with care beyond titles strictly devoted to them.

Assuming Square Enix does include Star Wars and Marvel worlds in the next Kingdom Hearts title, some might wonder if the levels would rob the game of its identity, that the title would become a glorified commercial for Disney properties without any Final Fantasy. Well, first off, we’re way past that point: Kingdom Hearts 3 dropped all Final Fantasy characters until the DLC to focus on the main story. Secondly, that was always the franchise’s goal.

Kingdom Hearts was envisioned to cater to Disney’s target audiences, and Final Fantasy characters were added later as a bit of lip service. Moreover, Mickey Mouse was originally supposed to be the main hero, not Sora — Sora’s original red pants, black vest, and giant yellow shoes are either a holdover from or a nod to that idea. At its core, Kingdom Hearts was always a glorified commercial for Disney properties, and including Disney-owned properties such as Star Wars and Marvel won’t change that.

Of course, this is all speculation since the Kingdom Hearts 4 trailer only shows a blurry image of what may or may not be an AT-ST foot. Disney might own the rights to Star Wars and Marvel, but permission to potentially include one in a Kingdom Hearts game isn’t the same as permission to include the other. For all we know, the object doesn’t belong to an AT-ST, and we spent all this energy hypothesizing about nothing. But the point is that Disney should let Square Enix create Marvel and Star Wars worlds for Kingdom Hearts 4 if it wants this game to be the ultimate celebration of everything fans love about the House of Mouse.

While it’s now officially in development, no release date has been set for Kingdom Hearts 4.