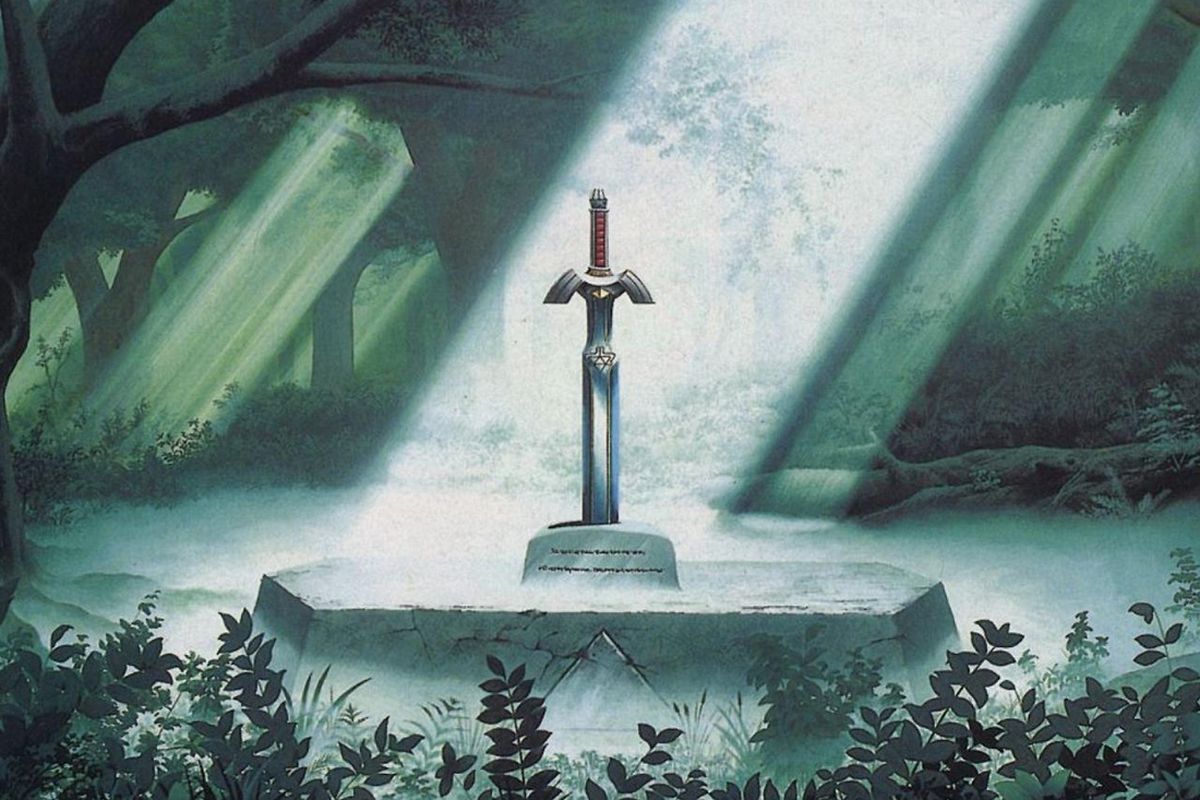 It’s been 30 years since The Legend of Zelda: A Link to the Past was released in North America, and every day since the game’s debut has only made it easier to appreciate the many ways it remains the definitive Legend of Zelda experience.

However, there are quite a few reasons why A Link to the Past remains the quintessential Zelda experience three decades after its Western launch helped change everything.

Yet, it’s important to realize that those improvements wouldn’t have been possible if A Link to the Past hadn’t shown us what kind of storytelling and worldbuilding Zelda games were capable of.

The first two Legend of Zelda games featured impressive stories for their time, but so much of their narratives took place on the margins of the actual game. If you wanted to understand what they were all about, you had to read the instruction manuals and try to make the most out of vague context clues. They gave you the sense that the Zelda team was sitting on this epic fantasy story they were just waiting to unleash.

A Link to the Past certainly has more story than the previous Zelda games, but it still didn’t deliver the kind of Final Fantasy-like sweeping narrative that some suspected a more advanced Zelda game might eventually feature. The plot was brought up often enough to keep things moving along, but the game often still left you with quite a few questions about what it all meant.

A Link to the Past introduced us to the Sages, greatly expanded Ganon’s role, and threw a massive wrench into the franchise’s previous simple timeline by taking us back to Hyrule’s past. It managed to greatly expand the series’ mythology without sacrificing any of the adventure gameplay excellence that had come to define the series until that point. It was the first Zelda game that really figured out how the franchise was going to give you just enough direct storytelling to keep things interesting but not so much that you ever felt like you were watching an adventure rather than experiencing it.

In retrospect, it’s pretty impressive that the Link to the Past team avoided the temptation of simply inserting more direct storytelling sequences while still crafting a world and narrative worthy of the biggest RPGs at the time. By doing so, they helped set the template for the storytelling style that helps makes the Zelda franchise’s lore and timeline so compelling (if admittedly sometimes frustrating).

A Link to the Past’s use of a “dark world” is arguably the game’s most important storytelling innovation. The idea that there was this corrupted version of Hyrule really helped sell the importance of what you were fighting for and against in a way that no mere exposition couldn’t have possibly done.

However, you could argue that the dark world’s most important contribution to the Zelda franchise and gaming at large wasn’t the way it expanded the series’ mythology but the way it created a template for Zelda’s world design that has proven to be difficult to replace.

You never forget your first trip into the dark world. Sure, it’s easy enough to see the palette swaps and other clever design techniques that made that world work on a technical level, but the whole thing seemed so…impossible at the time. How could one of the biggest games a lot of people had played up until that point suddenly offer what was essentially an entirely new world to explore? More importantly, how was it possible that the game let you bounce between the light and dark worlds? It genuinely felt like you had just purchased two games for the price of one and that both were better than 95% of everything else out there.

The entire idea of a dark version of Hyrule was impressive and shocking enough from a lore perspective, but it was the execution of that concept that alerted a lot of people to the fact that the future of console gaming was going to be more advanced than they had dared dream. At a time when parents everywhere were asking why kids needed a new Nintendo when they already owned one, A Link to the Past was one of those early SNES titles that showed “better graphics” were only a part of the promise offered by the next generation.

Yet, there’s no greater testament to the power of the light and dark world dynamic than the fact that so many Zelda games released after A Link to the Past have utilized some version of the “two worlds” idea. No matter how many times we see that concept play out, though, it almost never fails to impress.

The entire idea of a magical legendary weapon that can only be properly wielded by a worthy hero was obviously not invented by A Link to the Past. Even the way you acquire the Master Sword in that game is an obvious reference to the classic Sword in the Stone story.

What really made the Master Sword special, though, wasn’t so much that you could acquire it but rather the way that A Link to the Past made you acquire it.

You get to see the Master Sword in A Link to the Past long before you’re able to retrieve it. Whenever you happen to stop by its resting place in the brightest part of a dark forest, you feel this sense of purpose, excitement, and…calm. It’s that last attribute I always return to whenever I think about what makes the Master Sword’s presence in A Link to the Past special. Sure, you know that the sword is going to increase your attack power, but it’s that feeling of belonging and peace that hits you whenever you’re in its presence that reveals its true purpose.

The moment you acquire the Master Sword in A Link to the Past is the moment that you and the game’s young protagonist finally feel like they’re fulfilling their destiny. Until that point, few pieces of “gear” in gaming history had ever made you feel that way. The star in Super Mario Bros. only lasted for a handful of seconds, and even the boss battle upgrades in Mega Man were sometimes only useful during certain situations.

By comparison, the Master Sword was this weapon that not only made you feel like you could take on the world but opened your eyes to entirely new elements of that world you wielded it in. The game allowed you to see this mystical item that was just out of reach, made you go on a quest worthy of its own game to acquire it, and then made the moment you did finally grab it feel like the real start of your adventure regardless of what you had done up until that point. Few weapons in gaming history until that point had been treated with such reverence, and few felt so good to finally acquire.

That’s the beauty of the Master Sword. No matter how many times we see it in a Zelda game, the moment we actually get to wield it still feels magical. It could have just been an equipment upgrade or a plot device, but it proved to be both. If you still feel that rush of excitement at the mere thought of acquiring the Master Sword whenever you play a new Zelda game, you have A Link to the Past to thank for that sensation.

With A Link to the Past, the Zelda team finally realized the best way to incorporate puzzles and combat was to not only find a balance between the two concepts but to blend the best parts of those ideas together whenever possible.

A Link to the Past greatly improved Zelda’s basic combat by introducing things like a spin attack, diagonal movements/attacks, and more combat-based items that encouraged not simply relying on your sword and bow. It also learned from Adventure of Link’s mistakes (or at least its changes) by utilizing a greater variety of puzzle sequences both in dungeons and in the overworld. I recently praised Elden Ring for the way it makes you feel like there’s a new adventure around every corner, but it must be said that A Link to the Past’s use of puzzle-based secrets and other hidden objectives made it one of the first games that really gave me that incredible feeling.

Where A Link to the Past really shines, though, is in the many moments when it utilizes both puzzle-solving and combat rather than simply treats them as opposing forces. The Pegasus Boots allow Link to perform a charge attack, but they also enable him to open up new paths. The Fire Rod was more than capable of setting enemies ablaze, but you also used it to light certain torches in far-to-reach areas. Even many of A Link to the Past’s boss fights and basic minion encounters required you to solve some kind of combat-based mini-puzzle before you’re able to solve them.

Previous Zelda games played with similar concepts, but A Link to the Past was the first time that the team found a way to utilize a much more action-oriented combat system that didn’t get in the way of the puzzles and discoveries that helped set Zelda apart. That accomplishment is all the more impressive when you realize that some Zelda games that followed (most notably the Oracle of Ages and Oracles of Seasons games) still elected to choose between emphasizing combat or puzzles and explorations. Future Zelda games that found a balance between those concepts often found ways to evolve the ways that A Link to the Past showed us why Zelda was so different from an ever-growing crop of (admittedly impressive) imitators.

I could go on and on about A Link to the Past’s many little innovations and refinements that influenced future Zelda games. I could talk about the enemy designs it introduced, the fact that it made empty bottles and heart containers a series staple, or even the boss battle formulas it pioneered that Zelda games still use to this day.

Ultimately, though, so much of what makes A Link to the Past the definitive Zelda game brings us back to the idea that it created a template that future Zelda games either had to either follow in some way or break free from entirely.

Yet, it’s truly impressive that 30 years of Zelda games all owe at least a portion of their commercial success and critical acclaim to A Link to the Past in some way. Whether it’s the ways Ocarina of Time dared to show a game like A Link to the Past could work in 3D or Breath of the Wild’s bold attempts to smash the formula that A Link to the Past once established, Link’s third adventure remains the Zelda game you need to play if you really want to understand why the Zelda franchise is such an important part of gaming history. For that matter, it’s the Zelda game I can still recommend to anyone who has never had the privilege of losing themselves in a Zelda game and want to experience the purest distillation of everything that makes that franchise magical and timeless.

Why Seinfeld Was the TV King of Movie References
GamesMaster: Before YouTube and Twitch, Sir Patrick Moore’s Floating Cyborg Head Was the Pinnacle of Gaming TV
Why Google Stadia Failed and Is Finally Shutting Down
House of the Dragon: Meet the New Princess Rhaenyra and Queen Alicent
World of Warcraft Classic: Best WotLK Addons to Download