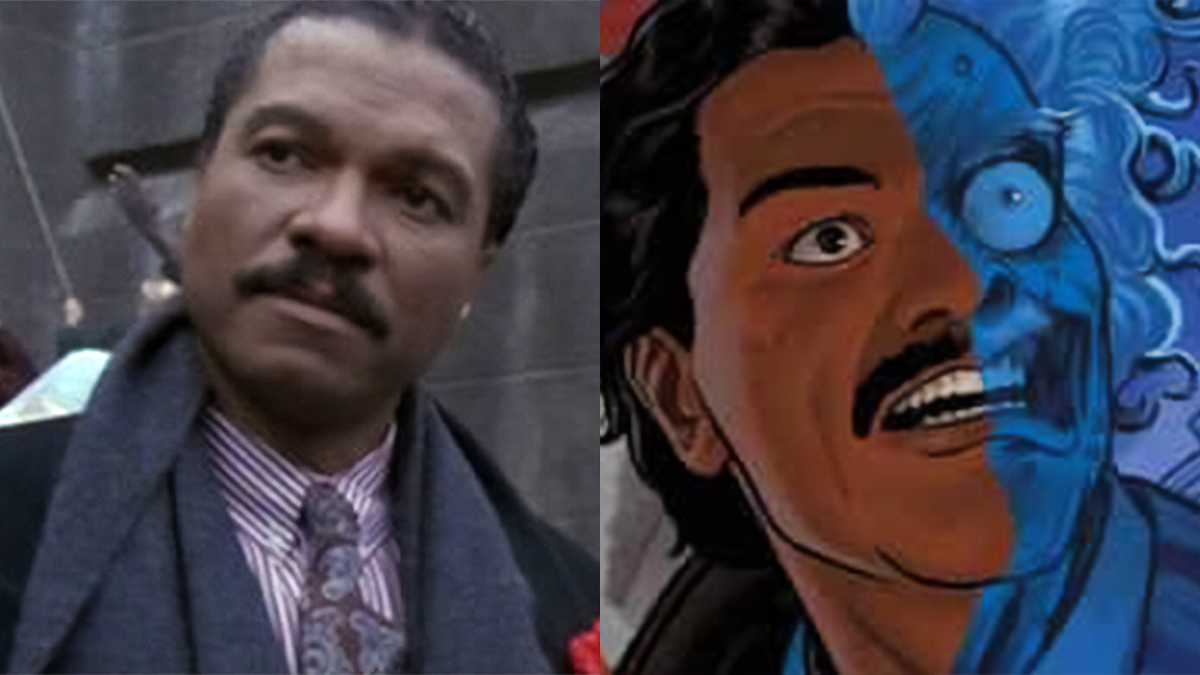 Batman ‘89 is a comic that hits a certain section of bat-fandom so squarely where they live it’s almost impossible to believe it even exists. The series, part of a line of DC Comics that serve as sequels to beloved live action superhero movie and TV shows, is a direct sequel to Tim Burton’s two Batman movies, and delivers versions of famous Gotham City residents who we never got to see realized onscreen in that director’s world, including Barbara Gordon, a reimagined Robin, and others. Perhaps most famously, the series delivers on the promise of one of the first movie’s most important supporting characters, showing us how the Harvey Dent of the first Batman film finally becomes Two-Face.

Far more than an exercise in “wouldn’t it be cool…” Batman ‘89 has a perfect creative team at its helm, with Joe Quinones (who initially helped pitch the concept to DC several years back, and whose art perfectly captures both the atmosphere and spirit of Burton’s films) teaming with the writer of the first Batman movie, Sam Hamm. Together, they’ve crafted the closest thing to a third Burton bat-film as we’re ever likely to see, bringing back Catwoman (who takes the spotlight on the cover of the fifth issue, which went on sale on April 12) and delivering perhaps the most tragic and horrific version of the Two-Face origin story yet told.

It’s a homecoming for Hamm, who had always hoped to depict Billy Dee Williams’ transformation into Two-Face in a Batman sequel. But studio executives wanted more bankable villains, and Hamm wrote a draft of Batman II (which became Batman Returns after extensive rewrites) that featured Penguin and Catwoman (and Robin!), but no Two-Face. The writer never got a chance to complete his Harvey Dent story, but at one point, he did have a plan for its next stage.

“I almost snuck Harvey into the sequel,” Hamm tells us on the latest episode of DC Standom. “The head of Warner Bros. production at the time was Mark Cannon, and he said ‘I know [Joker] is dead and all, but if we could find some way to get Jack Nicholson back just for a couple of minutes in the movie it would be incredible.’”

Hamm’s response was to pitch an idea that would both have fulfilled the executive’s request for more Nicholson Joker and told the tragic story of how Harvey Dent becomes Two-Face.

“I pitched a scene where the sequel would open with the trial of the Joker, who it turns out has survived his fall from the top of the cathedral,” Hamm says. “He gets wheeled into a courtroom in a full body cast [and] he announces that he wants to take the witness stand. The guy who’s prosecuting him is, of course, Harvey Dent.”

But Joker being Joker, nothing is ever as it seems. Hamm explains:

“The Joker says, ‘Okay, I’ve done some terrible things, but I wanted to be here today just to tell you that I know that Batman, whoever you are, you are somewhere here in this audience, because there’s no way that I would come into court and you wouldn’t be there.’ And so, with the one part of his body that’s still working, he presses a little trigger and blows himself, the witnesses, the judge, and everything else to smithereens…and that’s how Harvey’s face gets scarred.”

To be clear, this isn’t the Harvey Dent origin depicted by Hamm and Quinones in Batman ‘89, which is far more nuanced and tragic, but as a snapshot of what could have been, it’s still pretty fascinating. The story of this version of Two-Face is still playing out in the comics, alongside the introduction of a Robin who would have been similarly at home in Burton’s Gotham City. Batman ‘89 reaches its conclusion this spring, with a collected edition arriving on July 5.

We’ll have much more from both Sam Hamm and Joe Quinones soon here on Den of Geek and in the next issue of our magazine. You can also listen to the full interview right here, or wherever you get your podcasts…