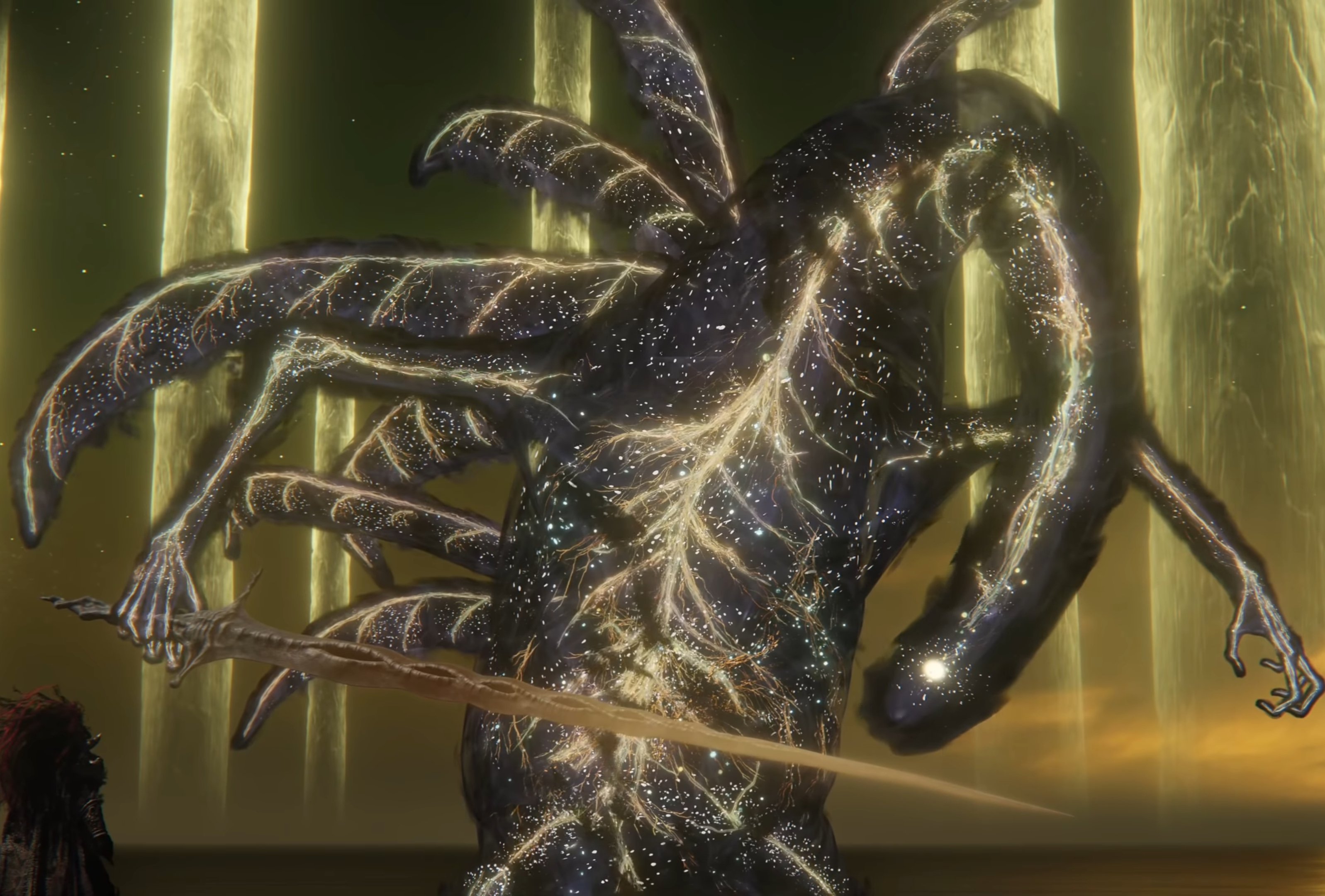 FromSoftware games tend to feature deep and intentionally confusing lore. Gamers and theorists are still trying to piece together the story and backstory of Dark Souls and Bloodborne, and Elden Ring continues that proud tradition by offering a narrative full of fascinating facts that are surprisingly easy to miss.

Elden Ring‘s basic story is surprisingly straightforward: Players have to gather the Great Runes and reassemble the Elden Ring to become the next Elden Lord. Along the way, the player’s character acquires a ton of equipment and occasionally bumps into potential allies. However, that driving narrative doesn’t even scratch the surface of the game’s lore. While much of Elden Ring’s backstory was seemingly penned by George R.R. Martin, players will likely discover most of the game’s lore in the usual Soulsborne ways (i.e. item descriptions and vague character dialogue). It’s not uncommon for players to overlook those crucial (or at least fascinating) bits of history and character motivation simply because they didn’t find some random trinket.

That being the case, here are some of the most jaw-dropping Elden Ring lore factoids that you likely missed during your 100+ hour journey through the game.

In Elden Ring, the Erdtree is the source of…well, everything. The gigantic glowing tree is the physical manifestation of the titular Elden Ring and is supposed to be the source of life in the Lands Between. Although, the truth of the Erdtree’s origins is so much darker than it seems. In fact, the Erdtree might actually be an invasive species.

As players progress through Elden Ring, they will find a variety of crafting materials that include a strange item known as Root Resin. The game is filled with items that originate from the Erdtree ( such as Golden Seeds and the Crimson Amber Medallion) but Root Resin isn’t one of them. According to that item’s description, it actually comes from “the roots of the Greattree,” which were once intertwined with the Erdtree. This entry could imply the two trees were siblings. However, the Protection of the Erdtree Incantation states: “In the beginning, everything was in opposition to the Erdtree.” That flavor text suggests that the Erdtree isn’t the genesis of The Lands Between as some suspected it might be.

Actually, many other items support the idea that the Erdtree essentially invaded the Lands Between. For instance, Remembrance of the Dragonlord claims that its owner, Dragonlord Placidusax, was “Elden Lord in the age before the Erdtree,” and the Elden Stars Incantation states that one of the Outer Gods, the Greater Will, seeded the Lands Between with a meteor that eventually resulted in the Elden Ring and the Erdtree by proxy. However, even with this knowledge, calling the Erdtree a parasite is still a bit of a stretch…at least until you visit the game’s catacombs. Each of those dungeons is packed with roots that are likewise filled with corpses. Moreover, Miquella’s Needle states it was created to “ward away the meddling of outer gods.” Said Outer Gods would certainly seem to include the Greater Will.

Even though the Greater Will brought “order” to the Lands Between via the Erdtree and Elden Ring, the entity is clearly up to no good.

The Origins of the Underground Cities Nokron and Nokstella

The Lands Between is full of beautiful landmarks, and the number of noteworthy vistas almost doubles when players take into account the underground caves that hide mysterious biomes. Two such areas are the twin Eternal Cities of Nokron and Nokstella. Every player who enters those clandestine citadels will inevitably wonder why these cities are underground. The answers to that question are scattered across item and spell descriptions.

The most obvious hint lies in the flavor text of the Nox Swordstress and Monk armor sets, which state that the residents of Nokron and Nokstella, the Nox, once “invoked the ire of the Greater Will, and were banished deep underground.” So if the Greater Will is responsible, what did the Nox do that drew the Outer God’s attention? There are two possibilities.

One potential answer is the so-called “hidden treasure of the Eternal City of Nokron,” the Fingerslayer blade. That weapon is supposed to damage the Greater Will and its “vassals,” (i.e., the Elden Beast). It makes sense that the Greater Will would take offense to a weapon designed to kill it, as well as the weapon’s designers. Another possibility lies in the Silver Tear enemies, which are metamorphic silver puddles that were supposedly created by the Nox to “forge a lord.” The culmination of the Silver Tear experiments was the Mimic Tear, which likely was the impetus behind the Nox’s banishment.

Earlier I said that the Greater Will sank the Eternal Cities of Nokron and Nokstella, which obviously explains why the cities ended underground but not how the Greater Will managed to pull off that considerable feat. While one might be tempted to assume it was the meteor that eventually created the Elden Ring, it seems that the real culprit is actually Astel, Naturalborn of the Void. According to the creature’s Remembrance, it was once a “malformed star” that “destroyed an Eternal City.”

In other words, the Greater Will nuked Nokron and/or Nokstella from orbit with a meteor that either was Astel or eventually turned into it. Subtlety isn’t exactly the Greater Will’s forte.

How the Elden Ring Was Forged/Formed

The goal of Elden Ring is far more cut and dry than other Soulsborne games: The titular Elden Ring has been shattered, and it’s up to players to reforge it. However, that premise raises the question, “How was the Elden Ring formed in the first place, and what is so important about it?” Did some Sauron-like figure forge it in times long forgotten in order to control mortal races? That semi-serious description is both inaccurate and accurate at the same time.

As we’ve already established, an Outer God known as the Greater Will shot a meteor into the Lands Between that resulted in the growth of the Erdtree. However, the meteor wasn’t an extraterrestrial seed. According to the Elden Stars Incantation, the meteor was actually a giant creature known simply as the Elden Beast  Moreover, the spell’s flavor text states that the Elden Beast eventually became the Elden Ring. Nobody knows the logistics of such a transformation, but there is one popular (and fascinating) theory that seems to offer something close to an explanation.

According to Elden Ring lore, Queen Marika the Eternal didn’t wield the Elden Ring but was instead a “vessel” for it. Perhaps the Elden Ring isn’t a purely physical object and primarily “exists” so long as it is inside someone. That might explain why the Elden Ring seemingly floats inside Radagon of the Golden Order during his boss battle, as well as why the true final boss, the Elden Beast, crawls out of him immediately after he dies. Without a host, the Elden Ring reverts back to its original form.

Of course, that still doesn’t explain how Queen Marika shattered the Elden Ring and turned it into the Great Runes, but at least it gives a plausible explanation of how the ring was “forged” to begin with. After all, the Elden Ring controls the metaphysical laws of reality, including order and death itself. Why would such a powerful object be limited to just a physical form?

Godfrey Is the First Tarnished

In Elden Ring, players assume the role of a Tarnished, a member of a banished people who had lost the Erdtree’s grace. As with all factions, there’s always a first, and while we know of famous (and infamous) current members such as Rogier and Patches, who started it all? Who was the first Tarnished? Ironically it was the first Elden Lord, Godfrey.

After players defeat Godfrey, they receive the Remembrance of Hoarah Loux (Hoarah Loux is Godfrey’s real name), which can be scrapped for runes or traded for a unique weapon or Ash of War. If players pick the weapon, they receive the Axe of Godfrey, which states in no uncertain terms that Godfrey once served as the leader of the Tarnished and was there for their exodus. If players keep digging, they will discover that the Erdtree didn’t abandon Godfrey of its own volition. Instead, Queen Marika the Eternal is to blame.

According to Godfrey’s own armor, he once fought the giants and the Storm Lord, but after he won, the color of his eyes dulled. Melina picks the story up from there. When players rest at the Third Church of Marika, Melina recites Queen Marika’s own words, saying that she “divested” Godfrey and his warriors of their grace, thus making them Tarnished. This claim is backed up by his Remembrance, which states he was “robbed of his grace” and became Tarnished.

However, Queen Marika didn’t banish her husband out of spite. In her own words (once again recited by Melina), she wanted the exile to help Godfrey and the Tarnished become stronger and claim the Elden Ring for themselves. This little nugget has led many gamers to assume that Queen Marika is playing the long game and orchestrated numerous intertwining events in order to defeat the Greater Will.

The lore of Elden Ring is even larger than the game’s world. However, few Elden Ring lore events are as important as the Night of the Black Knives: the night when a cadre of assassins killed the son of Queen Marika and Godfrey, Godwyn the Golden. Godwyn was the first Demigod to ever die in the Lands Between, which eventually resulted in the world Elden Ring players explore. Interestingly enough, though, it turns out Godwyn isn’t really dead in the traditional sense of the word.

To understand why Godwyn’s not-death is so important, we first have to examine the titular Elden Ring. The Ring is made out of several Great Runes that govern reality. Remove one Rune from the Ring, and the rules of reality change. According to Finger Reader Enia, Queen Marika the Eternal removed the Rune of Death from the Elden Ring (this is confirmed by the Mending Rune of the Death-Prince), thus deleting the concept of Death. Nobody could die, at least not in the way we understand it.

Eventually, players learn that Ranni the Witch was the mastermind of the Night of Black Knives, and she admits to stealing a portion of the Rune of Death, which she used to kill herself and Godwyn. Of course, since players learn this from Ranni, that means she didn’t fully die. That also means that Godwyn never really died. The Cursemark of Death explains that since Ranni and Godwyn were killed at the same time, Ranni’s body died but her spirit lived on (which is why she now inhabits a doll). Meanwhile, Godwyn’s spirit died, but his body did not. So what happened to his soulless husk? Odds are players found it and never realized it.

Under Stormveil Castle, players can find a giant, octopus-shaped face with roots branching out. Next to the face is the Prince of Death’s Pustule, which implies the face is actually that of Godwyn. It actually turns out that Godwyn’s body has turned into something right out of a Junji Ito manga. Godwyn’s soulless not-corpse has grown and spread along the Erdtree’s roots. Players can even find parts of his body in the Deeproot Depths.

While Godwyn’s body is so mutated that it is utterly unrecognizable, Elden Ring’s lore indicates that he is still horrifically alive. Don’t ask us how.

World of Warcraft Classic: Best WotLK Addons to Download
Streaming Tomorrow | Marvel Studios’ Shang-Chi and The Legend of The Ten Rings | Disney+
The Legend of Zelda: Who Created the Triforce?
Wrath of the Lich King Classic: Every WoW Class Ranked Best to Worst
The Suspect Episode 5 Review: The Finale Reveals Who Killed Catherine