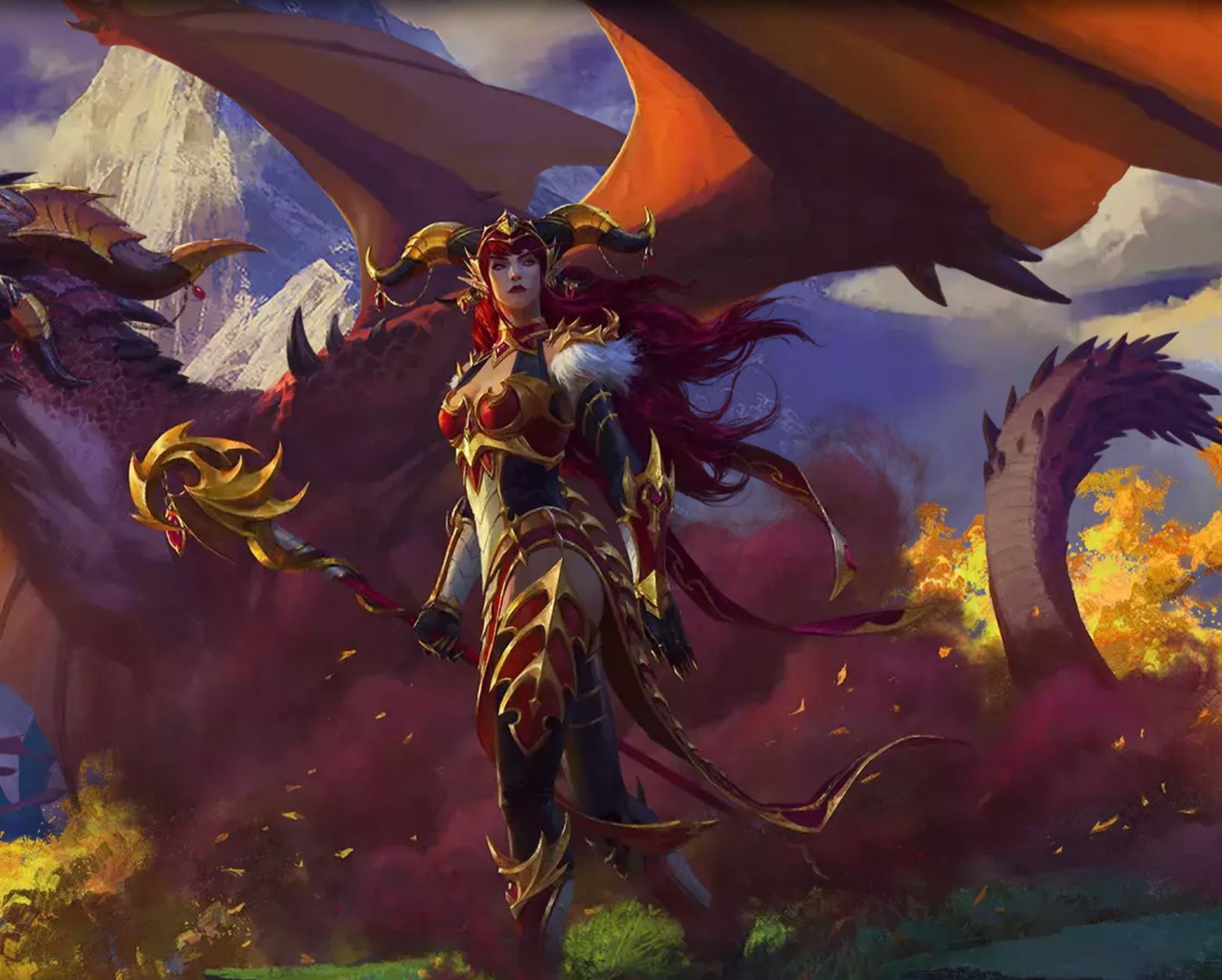 In another time and a different place, Dragonflight would be exactly the kind of expansion that would either keep you addicted to World of Warcraft or lure you into the game’s compelling clutches if you’ve either never played it or haven’t played it in a while. Now, though, Dragonflight feels burdened with the impossible task of saving a game that it was only ever meant to expand.

Truth be told, it’s difficult to talk about World of Warcraft in 2022. Recent expansions have burdened the game with a vareity of half-hearted features that were either abandoned entirely due to fan backlash or watered down to near-nothingness for the sake of compromise. Years of questionable story decisions have wrecked the game’s lore. A constant push and pull between the new player experience and veteran features has torpedoed the game’s social features and forced players to simply grind through daily activities rather than engage with each other. All the while, the shadow of the investigation into Activision Blizzard’s history of abuse and harassment lingers over the game in a way that has many wondering whether it’s even ok to continue to support it.

I could stay here a while telling you about WoW‘s various mistakes and problems, but they all pale in comparison to the biggest problem with the game at the moment: the feeling that the “magic” is gone.

People started playing World of Warcraft at different times and for different reasons, but one of the biggest contributing factors to the game’s legacy of success was the sense that there was nothing else out there quite like it. The idea of sharing a massive role-playing world with millions of other people was always appealing, and WoW remained one of the best ways to enjoy that unique experience. Other MMORPGs came and went through the years (some were great, others have rightfully been forgotten), but WoW remained this game that was probably safe to invest your time and money in. It was a kind of constant presence that you felt like you had to try at some point just to make sure you weren’t missing out on some irreplaceable gaming experience.

Once WoW grabbed you, it never really let go. You could eventually pull yourself away from the grind or even move on to other games, but the call remained strong. Memories of that one raid, that perfect evening, or even just a message from an old guildmate wondering where you’ve been were often enough to draw you back in. The promise of that magical feeling the game once gave you was always there. The biggest unanswered question was always, “How long will that feeling last when you actually start playing again?”

Your own answer to that question will vary, but more and more players have returned to WoW or reexamined the game through the lens of a new expansion and found a world they no longer recognized. Change is inevitable in most live service games, but that feeling that something wasn’t right goes beyond the usual updates and the small changes they bring. So much of the game that used to feel like an adventure now feels like an obligation or chore.

Seemingly aware of the call for things to feel like they used to, the WoW team has spent the last couple of expansions trying to bring the game closer to “where it was.” The game’s level cap was reduced to 60, popular old faces made a return, and various unpopular features introduced in recent WoW expansions were either removed or dialed back. Dragonflight seems to be following that trajectory by introducing a skill system that feels slightly closer to WoW‘s old skill system and bringing back some of the most popular characters in the MMO’s history: dragons. That’s not to say that it and other recent expansions haven’t introduced new ideas but rather that large parts of them were designed to lure people in with the promise that you can go home again.

Maybe you see the problem. Not only does everyone’s WoW nostalgia vary (it really depends on when you started playing the game), but you can never really go home again in a game that has fundamentally changed so much over 18 years. Besides, WoW Classic showed that people are still interested in WoW‘s “glory days,” but perhaps aren’t so invested in the way things were that they want everything to be exactly the same forever. What a lot of people want is a new version of WoW that offers something a little different but still feels special in that classic way.

Instead, we’ve gotten expansions that have been so determined to reset previous mistakes that they fail to establish their own identity or expand WoW‘s world in a way that successfully balances the old and new. Too many recent WoW expansions have chipped away at the game and replaced little parts of it here and there rather than truly build upon what was once the biggest, most popular, and perhaps greatest MMORPG in the world. It’s not that some of those changes haven’t been necessary but rather that Blizzard can’t seem to decide if WoW‘s history is a blessing or a curse.

The result is a game that feels fractured. It’s torn between the past and present and is largely populated by a community that has too often been forced to deal with the uphill battle of starting over while carrying the burden of their nostalgia. The legacy of this game, and the love and memories that go along with that legacy, should be its greatest strength, but those same qualities have too often been treated like a carrot designed to keep you on the wheel. The idea that WoW can recapture that feeling it once gave millions is a powerful lure indeed, but at some point, more and more people are going to realize that WoW will never get where it needs to go so long as the goal remains recapturing a feeling that is almost impossible to recapture for more than a few fleeting moments.