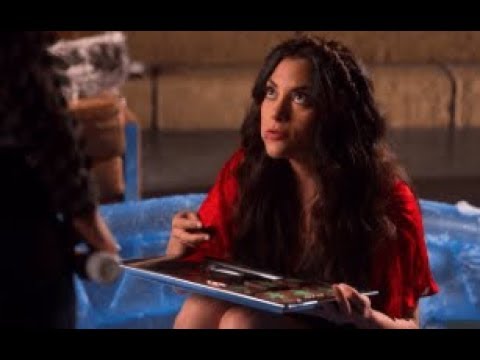 Share on Facebook
Share on Twitter
Share on Pinterest
Share on LinkedIn
Share on Facebook
Share on Twitter
Share on Pinterest
Share on LinkedIn
#Lucifer #Review
A Man is impaled, Lucifer’s hosting orgies, Eve’s lonely, Amenadiel gets a visit from an old friend, and Maze gets a little bit too involved in the upcoming baby bump! In a surprising twist, the effects of lucifer’s actions this episode while he tries to discover his true nature; seem to last! Also, that nudist colony scene. Am I right?! Join Roxy Striar, Tehran Von Ghasri, and Stephen Lemieux to talk all about it!
Lucifer is BACK! Cancelled but not for long! Thank god for netflix, and thank god for AfterBuzz TV, because WE’RE BACK TOO! Covering the latest episodes of Lucifer! Join us every episode for in depth discussion and breakdowns! There may even be some special guests so be sure to subscribe rate and comment!
ABOUT LUCIFER:
Lucifer is an American television series created by Tom Kapinos that is scheduled to premiere on Fox on January 25, 2016. It is a very loose adaptation of the comic book character created by Neil Gaiman for the comic book series The Sandman and its spin-off comic book series Lucifer written by Mike Carey, both published by DC Comics’ Vertigo imprint.

15 Most Disturbing Horror Games Ever
The Rings of Power: How Adar’s Origin Story Reignites a Long-running Tolkien Debate
The Walking Dead Season 10 Episode 12 | AfterBuzz TV
Overwatch 2: How to Unlock Every Hero
House of the Dragon’s Own Long Dark Night Re-Introduces a Game of Thrones Issue