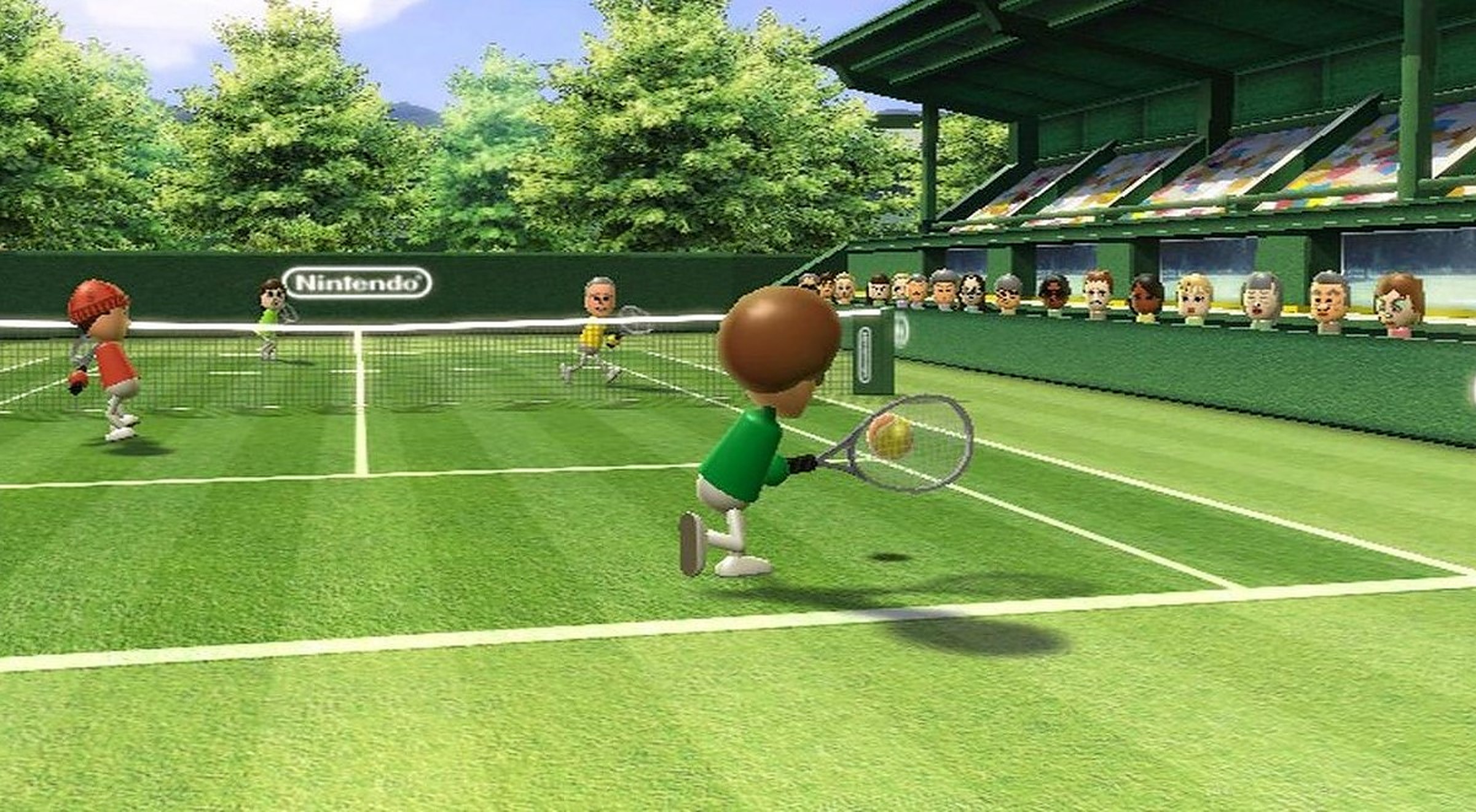 Nintendo has produced many blockbuster franchises that include legendary names like Super Mario, The Legend of Zelda, and Pokémon. Super Mario games alone have sold well over 700 million copies, but that figure accounts for the success of the entire franchise (including popular spin-offs such as Mario Kart). If you look at the sales numbers for individual Nintendo games, the dominance of Wii Sports becomes shockingly apparent.

As of writing this article, Wii Sports for the Nintendo Wii has sold more copies than any other individual Nintendo game. Over 82 million copies of the motion-controlled sports game have reportedly been sold worldwide to date, around half of which were sold in North America. Not even all-time great (and incredibly popular) titles like Super Smash Bros. Brawl or Super Mario Galaxy performed anywhere near that well, which raises a lot of questions about what Wii Sports had that those games didn’t.

As it turns out, answering those questions requires you to understand and appreciate both the circumstances of Wii Sports‘ release and the merits of the game itself.

Wii Sports was designed to show off the Nintendo Wii’s capabilities. While the same could be said of any number of console launch titles, Nintendo went a few steps further in order to turn Wii Sports into the ultimate showcase of their new hardware.

By bundling a fresh copy of Wii Sports with their new console (in certain regions), Nintendo guaranteed that everyone who bought a Wii would get to experience its potential right out of the box. Every time Nintendo sold a Wii (excluding refurbished units, certain future hardware re-releases that came with different pack-in titles, and some version of the console released in regions that didn’t offer Wii Sports as a pack-in game) they also essentially sold a copy of Wii Sports. That obviously added quite a few digits to the game’s total sales.

It should also be noted that Nintendo sold quite a few copies of Wii Sports outside of console bundles, though certainly not as many. The game was sold separately in Japan but only pushed a comparatively small 3.77 million copies compared to the 12.7 million Wii units that were reportedly sold in that country.

So, while we can’t thank the Wii for all of Wii Sports’ sales, the title’s pack-in bonus status for most regions certainly did a lot of the heavy lifting. After all, in the US, the Wii sold around 45 million units, while Wii Sports sold over 41 million copies. That’s a lot of copies that may have sat on shelves if Wii Sports was hypothetically released as a standalone title only.

Still, it’s important to not dismiss Wii Sports‘ success as a side-effect of the Wii’s hardware success or the result of an unfair tactic intended to inflate software sales numbers. Much like the commercial relationship between the Game Boy and copies of Tetris included with that device, you could argue that there was a point when millions of people bought a Wii simply to play Wii Sports and didn’t just happen to own a copy of Wii Sports because they bought the console for something else. Wii Sports was designed to sell people on the Wii hardware, and it did an incredible job of doing just that.

Even though the gaming world is full of sports titles, most of those titles require a complex series of inputs that are much more confusing to casual fans than you may think they would be. There are millions of football fans, baseball fans, and basketball fans theoretically interested in sports games but ultimately uninterested in dealing with the relatively complex controls and sub-systems those games rely on.

That was the beauty of Wii Sports‘ motion controls. The decision to make Wii Sports the rare sports game that required almost no button inputs might very well have been the secret of its success (and the Wii in general).

From the moment of the Nintendo Wii’s conception, Shigeru Miyamoto wanted Wii Sports to serve as the console’s “flagship title.” The game was intended to be approachable by anyone regardless of their prior video game experience. That bold design decision came to life in the form of controls that naturally simulated the act of holding golf clubs, baseball bats, and tennis rackets. Essentially, anyone who played live sports or even saw them on TV would feel at home with Wii Sports’ control scheme, which lowered the barrier of entry.

In fact, while Nintendo’s rival consoles at the time, the Xbox 360 and PlayStation 3, targeted hardcore gamers, the Wii cast as wide a net as possible and attracted a demographic otherwise ignored by the gaming industry: seniors. Wii Sports was an easy sell for them since it was quick to pick up and learn, especially if the elderly gamer didn’t have the finger dexterity for a DualShock 3. That wasn’t all the game could do for the elderly or even people with disabilities. Studies have demonstrated that titles such as Wii Fit and Wii Sports had potential as a rehabilitation tool, and some senior wellness blogs espoused the advantages of using Wii Sports to keep senior citizens in shape.

On their own, those studies may have only been so appealing, but when they were based on a game that could be played (and genuinely enjoyed) by grandparents, grandkids, and everyone in-between, they contributed to the growing cultural idea that the Wii (specifically, Wii Sports) was something you had to have in your household to keep up with the Joneses. Actually, that widespread sense of FOMO may have ended up being one of the biggest contributing factors to the Wii’s success…

Marketing can often spell the difference between success and failure for a video game (or any other piece of media). If a company gets the word out by spending thousands of dollars (often millions of dollars) on advertisements, more gamers will probably buy the product. Well, at least that’s the popular idea behind how marketing typically works. There are other times when simple word of mouth is even more effective than a full marketing blitz. That strategy helped P.T. become one of the biggest cult sensations in gaming history, and it helped Wii Sports reach a level of success no individual Nintendo game will likely ever top.

In 2008, GameSpot interviewed Nintendo’s then-president Satoru Iwata about the Nintendo DS and Wii. During the Q&A session, Iwata claimed that the secret behind the Wii’s popularity was, surprisingly enough, the American culture of house parties. In his own words, his American friends constantly told him that the Wii was “the ultimate party machine.” Apparently, Wii owners would invite friends and family over to their houses to play the Nintendo Wii, and they would often gravitate towards Wii Sports.  The resulting fun would convince houseguests to purchase their own Wiis, which also net them copies of Wii Sports. From there, the cycle would continue with new groups of friends. The popularity of the Wii fed into sales of Wii Sports and vice versa.

While Nintendo designed Wii Sports as arguably the world’s most approachable sports title, nobody at the company really envisioned it as the center of attention at house parties that it eventually became. Nintendo just tried to make the console as fun as possible (complete with a bundled game everyone could enjoy) and essentially stumbled into a success that surpassed their wildest dreams.

So, while there’s a degree to which the extent of Wii Sports success was kind of a happy accident propelled by a series of social circumstances its own creators may have underestimated, it’s become a bit too easy to dismiss Wii Sports‘ status as the best-selling Nintendo game as an anomaly or a mere extension of the Wii’s incredible success. It was an incredibly well-designed game released at a time when more and more people were looking to get into gaming and found that Wii Sports was the perfect way to do just that. It was the kind of experience you couldn’t miss out on in its day, and there’s still something strangely magical about that little game over 15 years after it felt like the biggest game in the world at the moment as well as a glimpse into a motion-controlled future that never quite came.