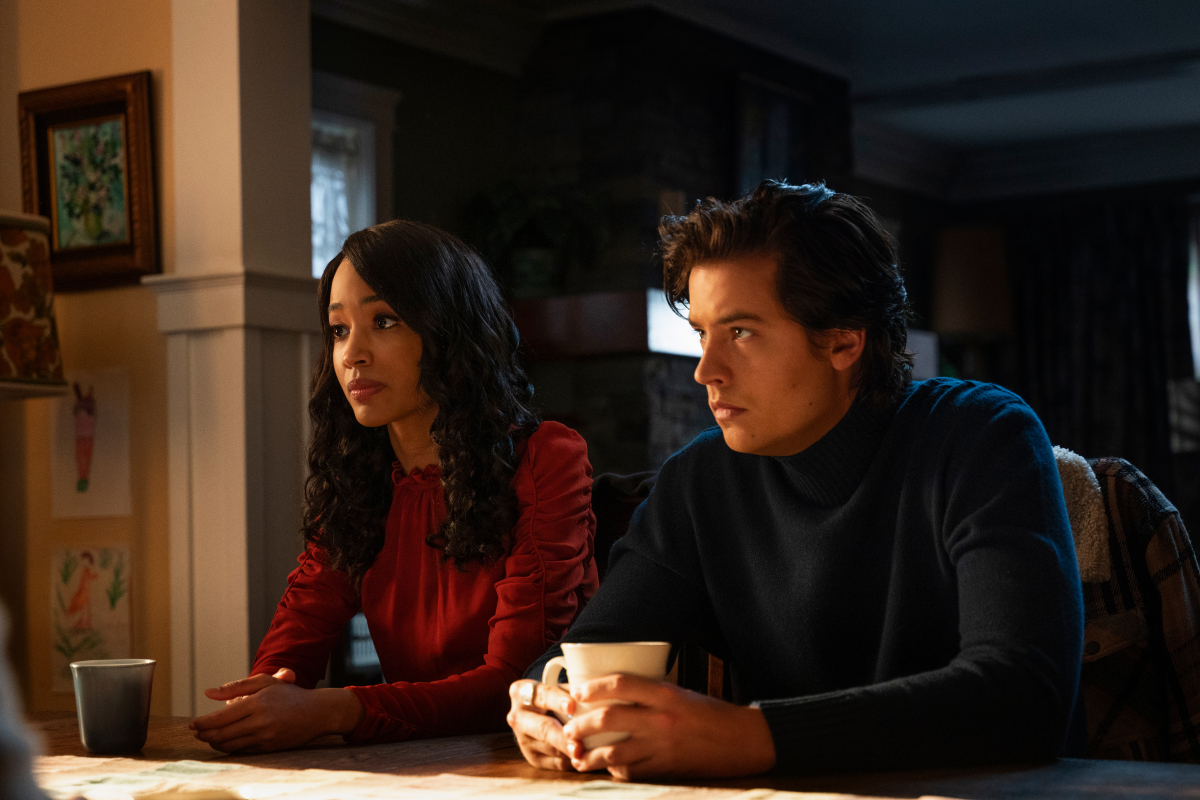 “Hold your loved ones close, the Fog is coming!”

Riverdale loves a good pop culture homage. Having tipped its creative hat to everything from Creepshow to Grease 2 over the course of its six seasons to date, this is not a series that is afraid to wear its influences on its sleeve. Since the show is standing firmly upon horror/sci-fi ground right now it makes sense to focus on a creepy cult classic for its latest extended reference. Enter John Carpenter’s The Fog.

Originally released in 1980 (the less said about the 2005 remake the better), the film concerns how residents of a coastal town in California are terrorized by a menacing fog that is giving cover to shipwrecked ghosts who perished 100 years previously and are looking for revenge.

Cherry-picking elements of this premise, the latest episode of Riverdale uses the concept as a way to pair off its characters as they deal with their own individual crises while taking refuge from not only the ghastly weather but from the impending apocalypse that Percival Pickens threatens to inflict upon the town.

As such, we witness Archie and Betty contemplate their future together and, possibly, impending parenthood, Veronica and Reggie realize how toxic they are for each other, Fangs and Toni delve into their different ideas about how to raise Anthony, Cheryl has an unexpected reunion with her mother, fate brings Kevin back into the arms of Moose, and Tabitha and Jughead have a candid conversation about destiny. Bordering on being a bottle episode, this installment allows all of the characters to reaffirm where they presently are while moving its pieces into place for the upcoming showdown with Percival that will likely dominate the remainder of the season.

What we see here are all of the pairs explicitly verbalizing their concerns and/or grievances from each other. Somewhat surprising and disappointing is that the plot device of the fog is used to keep these characters together but has no real impact on them or the town, which is odd given how much of Riverdale is dedicating itself to supernatural theatrics these days. What we wind up with a viewing experience that owes way more to the revealing conversations of John Hughes than the scares of John Carpenter. This isn’t an entirely bad thing, but one can’t help but think that Percival could have furthered his agenda by using the storm in a more sinister way than holding a secret town meeting to have himself installed as mayor.

The best thing about this episode is how it allowed its characters to converse in a way that lets their guards down. It affords us some rare insight into their motivations and psyches in a way that paints them in a relatable and human light, even if they are still outwardly ridiculous (or in Cheryl’s case, on the verge of setting her mother ablaze). The most surprising thing about this Fog isn’t how it reveals murderous pirates but instead the honest feelings of Riverdale’s key residents.

Still, some fog-related mayhem would have been cool.

• Cody Kearsley returns as Moose Mason, and yep, I completely forgot that the Gargoyle King was the character’s father too.

• The Garygoyle King was arguably Riverdale‘s coolest villain to date, even though his story did wrap up with a thud. His return to the show — albeit just in Kevin’s dreams (so far) — is a welcome development.

• In its debut last week, Tabitha’s time travel subplot borrowed liberally from Quantum Leap and Doctor Who. In this episode, Avengers: Infinity War gets thrown into the mix — with Tabitha taking on the Doctor Strange role revealing that having witnessed 1,384 possible outcomes, our heroes only win in two of them. (And Jughead dies in both). Yet as Forsythe P. Jones quickly remarks, this isn’t the first time he has been destined to die, so he’ll be just fine. More concerning is how Tabitha’s sage-like ability to experience multiple futures without altering the present works exactly. But I stopped thinking about all of this pretty quickly as it was giving me a contrivance-based migraine.

• Now that Cheryl has Heather’s letters, will a reconciliation between the pair be in the cards. And if so, what will Heather’s damage be?

• Speaking of the Blossom family, has Penelope actually changed for the better? And what was Nana Rose up to while the Fog consumed Riverdale?

• Who was the creeper outside of the Cooper house? If it was TBK, why does he keep checking up on Betty after he freed her? Perhaps to see if she was fulfilling the potential he sees in her…

• I know it has been established that he isn’t, but this is Riverdale, so what if Archie is actually the Trash Bag Killer? Twist!

• Alice Cooper being Riverdale’s only media personality continues to delight me.

• Was Tabitha getting transmissions from the past on the ham radio? It sounded like a discussion of the bomb being under Archie’s bed. Exactly what are the parameters of her time travel abilities?

• Reggie and Veronica addressing how much like their respective parents they are — and the damage that inflicts — was a rare moment of grace for this show.

• Now that Veronica has had Hiram’s painting packed away, have we truly seen the last of Mark Consuelous on this series? I’m guessing not at all.

• Jughead desperate to hear the sound of “burgers sizzling” once more was a great touch.

• It’s unclear what Betty’s pregnancy test reveals, but I actually think Archie would make a hell of a great father. Fangs, well, not so much.

• Lots of candles and fog sex appearing in this episode.

• Veronica and Kevin both admitting that they have settled for a life in Riverdale when they yearn for New York City was quietly heartbreaking.

• Next week, more Percival mayhem! Are you as tired of him yet as I am?

Deadpool 3: The Problem with Bringing Back Hugh Jackman’s Wolverine
Doctor Who’s Best Stunts
13 MCU Theories That Were Too Good to Be True
Disney+ New Releases October 2022
The Rings of Power: How Adar’s Origin Story Reignites a Long-running Tolkien Debate