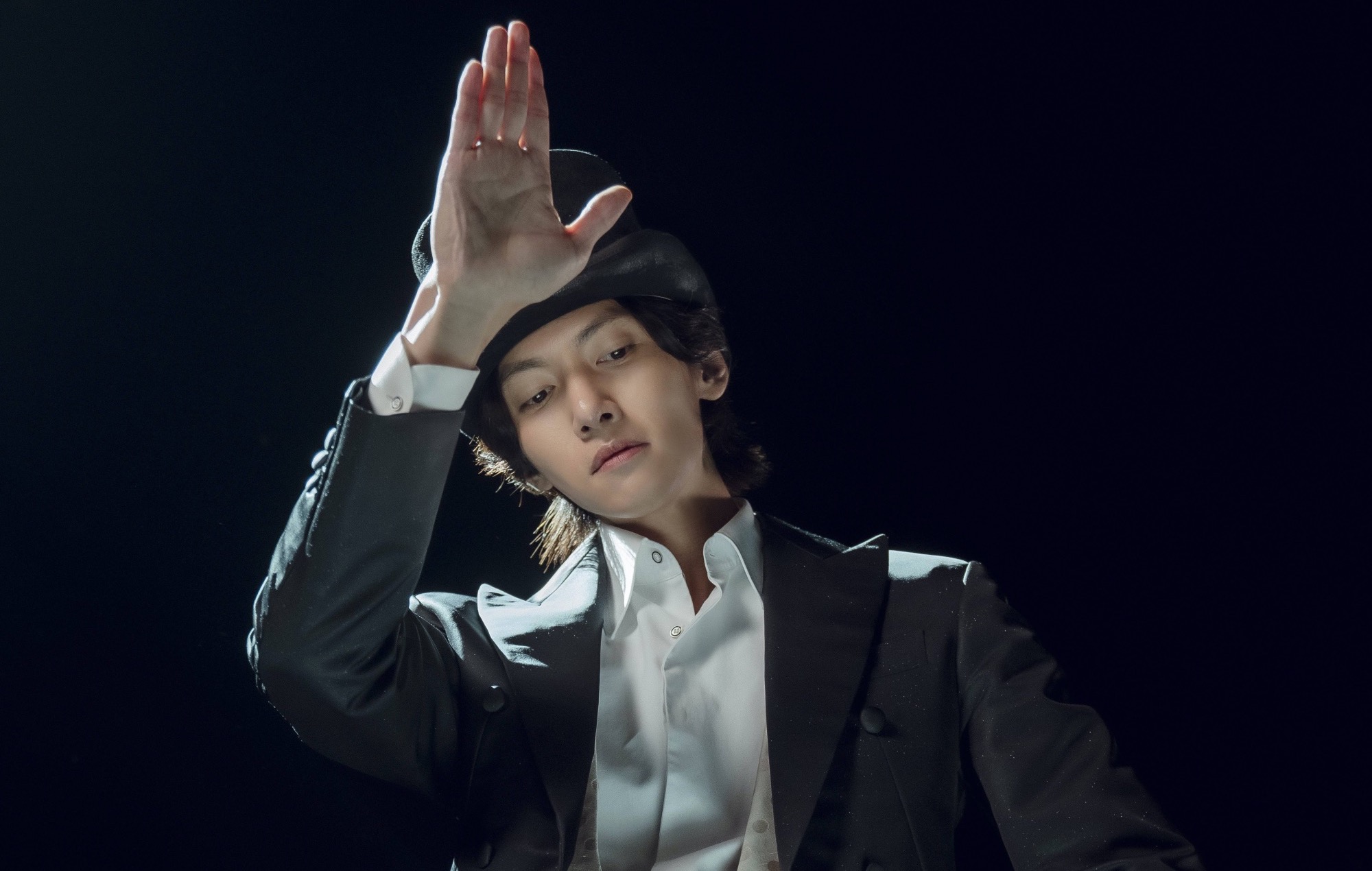 This article contains spoilers for The Sound of Magic.

Adapted from a webtoon called Annarasumanara, Netflix’s latest Korean-language release, The Sound of Magic, is a quick watch at only six episodes—much shorter than most K-drama fare. For that runtime, the drama bites off a bit more than it can chew in terms of storyline, which makes the final episode action-packed with plot points, including reveals concerning magician Ri-eul’s past and the identity of Seo Ha-yoon’s murderer. The ending also must wrap up Ah-yi and Il-deung’s respective stories, which it does with a series-ending time jump in which we see Ah-yi’s life several years after the main events of the story. Here’s everything that happens in “The Last Performance,” The Sound of Magic’s final episode, and what it means for the themes of this magical coming-of-age tale.

Is Magic Real in The Sound of Magic?

One of the biggest “mysteries” throughout The Sound of Magic is the question of whether or not Ri-eul is a “real” magician; in other words, is he a skilled illusionist or is there something otherworldly at play in what he can do? The series leaves it relatively open-ended, letting the viewer decide for themself, which fits in well with the theme of holding onto traditional aspects of childhood, like a healthy sense of wonder and belief, even after growing into an adult.

That being said, the series ultimately hints that Ri-eul’s magic is real on two occasions. First, when a spring snow starts falling inside of the abandoned theme park’s main performance hall during Ri-eul’s failed second arrest. And, after, when the police detective mentions that something activated one of the theme park’s otherwise defunct security cameras the night of Seo Ha-yoon’s murder, capturing images of her killer in the act. The series skates right past the horrifying nature of this crime to imply that it was the same night that Ri-eul took Ah-yi for a ride on the ferris wheel into a sky lit up with fireworks. Other than these moments, which include insight from outside of one of our protagonists’ perspectives, all of the magic we see could be a manifestation of Ah-yi or Il-deung’s blossoming willingness to believe in that magic.

Is The Sound of Magic a Musical?

Of course, though not as musical as the first episode suggests to viewers. There are increasingly fewer musical numbers as the series progresses, with the most musical numbers coming in the first few episodes. Annarasumanara, the webtoon on which The Sound of Music is based, is not a musical (as it is a web comic); this element was added in the adaptation by Itaewon Class director Kim Seong-yoon. The series uses the musical numbers as a way to access the interiority of these reserved characters, as well as to depict what a sense of childlike wonder can look and feel like to an audience perhaps unused to seeing characters burst into song, the setting coming alive around them. In conclusion: normalize TV series having random musical numbers if and when it allows viewers to access story, character, and theme in a productive and interesting way.

Who Killed Seo Ha-yoon in The Sound of Magic?

One of The Sound of Magic’s least successful story elements is a shoehorned-in teen murder plot. Meant to raise the stakes in relation to Ri-eul’s treatment by the community, allowing Ah-yi and Il-deung to come to his aid in different ways, it is an unnecessarily gruesome addition to the world. Arguably, Ri-eul’s ostracism is unfortunately already articulated and exacerbated in other ways, including in the stigma around mental illness.

That being said, we find out in the final episode that it was Ah-yi’s former boss, Kim Doo-sik, who killed Ha-yoon. Like Ah-yi, Ha-yoon took a part-time job at Doo-sik’s store. And, as he would later do to Ah-yi, he sexually assaulted Ha-yoon. Ha-yoon recorded the entire thing, and blackmailed Doo-sik for money. When Ha-yoon met with Doo-sik in the seemingly abandoned theme park, he killed her.

What is The Magician’s (Ji Chang-wook) Backstory?

In “The Last Performance,” Ah-yi and Il-deung meet up with Min Ji-soo, a woman who knew and liked Ri-eul (whose legal name is Ryu Min-hyuk) while they were in school together. From her, we learn that Ri-eul is 30 years old (though probably 28, in “international age,” as Korean’s use a different age-counting system) and that he comes from a similar background to Il-deung. Like Il-deung, Ri-eul was born into a well-respected family; his parents were (and presumably still are) well-respected professors who were on TV a lot, according to Ri-eul’s friend. His siblings did traditionally well too, and Ri-eul was also always top of his class in middle school and into high school.

In a Ji-soo-narrated flashback, high school-aged Ri-eul is depicted as strange and kind, as well as very focused on maintaining good grades for the sake of his parents’ happiness. (It puts his mentorship of Il-deung into more specific context.) Later in their high school career, Ri-eul becomes despondent and depressed. He faints in the hallway while studying flashcards and, when he wakes up in the hospital, he doesn’t stop studying, even when Ji-soo begs him to. “Maybe for Min-hyuk, that impressive wrapping paper [of being a brilliant boy from a family of prestigious professors] felt like an invisible prison,” muses Ji-soo. In the final flashback in Ji-soo’s story, we see Ri-eul fall off the top of the school building while reaching for a butterfly only he can see in what is coded as a suicide attempt. (Suicide has been the leading cause of youth death in Korea since 2007.)

Ri-eul survives, and continues to live with mental illness. We know from the police detective that Ri-eul left a mental health facility. At some point, Ri-eul began learning and sharing magic. Following the theme park’s closure, Ri-eul found a home there. We don’t know what happens to Ri-eul after Ah-yi helps him escape from the police. “You’re a real magician,” she tells him before he goes. “Because you made me really believe in magic.”

Does Ah-yi’s Mother Come Back?

As of the time jump, which takes place three years after the main events of the series, Ah-yi’s mother is still not a part of Ah-yi’s life.

What Happens to Ah-yi at the End of The Sound of Magic?

We get to see Ah-yi several years in the future following the main events of the series, and she’s doing so much better. When we met her, it was her dream to skip the next few years of presumed struggle so that she could be an adult with more control over her own life—and, with the time jump, she gets that dream. Now, she is a college student and also has part-time work. Her father has found a job and is able to visit Ah-yi and her sister every weekend. They are doing OK, and have a sense of stability that was missing from Ah-yi’s life when we first met her.

That being said, she hasn’t completely lost that childlike sense of wonder that she found in her friendship with Ri-eul. Her part-time job is working as a magician at a restaurant. In this way, she gets to be the person who brings “real” magic into kids’ lives. She is passing on the gift that Ri-eul gave her, in some way. And she seems happy.

Sadly, we don’t get to catch up with Il-deung after the time jump, but given where we left him—rich, and starting to be able to advocate for himself in his relationship with his parents, peers, and the other adults in his life, I think he’s doing fine. I like to imagine that he and Ah-yi meet up every once in a while to practice their magic together. (In the webtoon, the two go out on a date following the time jump.)

What Happens to Ri-eul the Magician?

We also don’t see Ri-eul after the time jump. Though, before he escapes from the police, he does get his wish: someone who believes in the power of his magic.

Don’t cancel out of the screening window before the credits roll. The end credits feature a delightful scene of the cast performing on stage for what I presume is the other cast and crew. It’s sweet, energetic, and a reminder that most famous actors are theater kids at heart.

The Best Rick Grimes Moments on The Walking Dead
Why Google Stadia Failed and Is Finally Shutting Down
Deadpool 3: The Problem with Bringing Back Hugh Jackman’s Wolverine
House of the Dragon’s Own Long Dark Night Re-Introduces a Game of Thrones Issue
Overwatch 2 Release Time: When Will the Free-to-Play Sequel Launch?