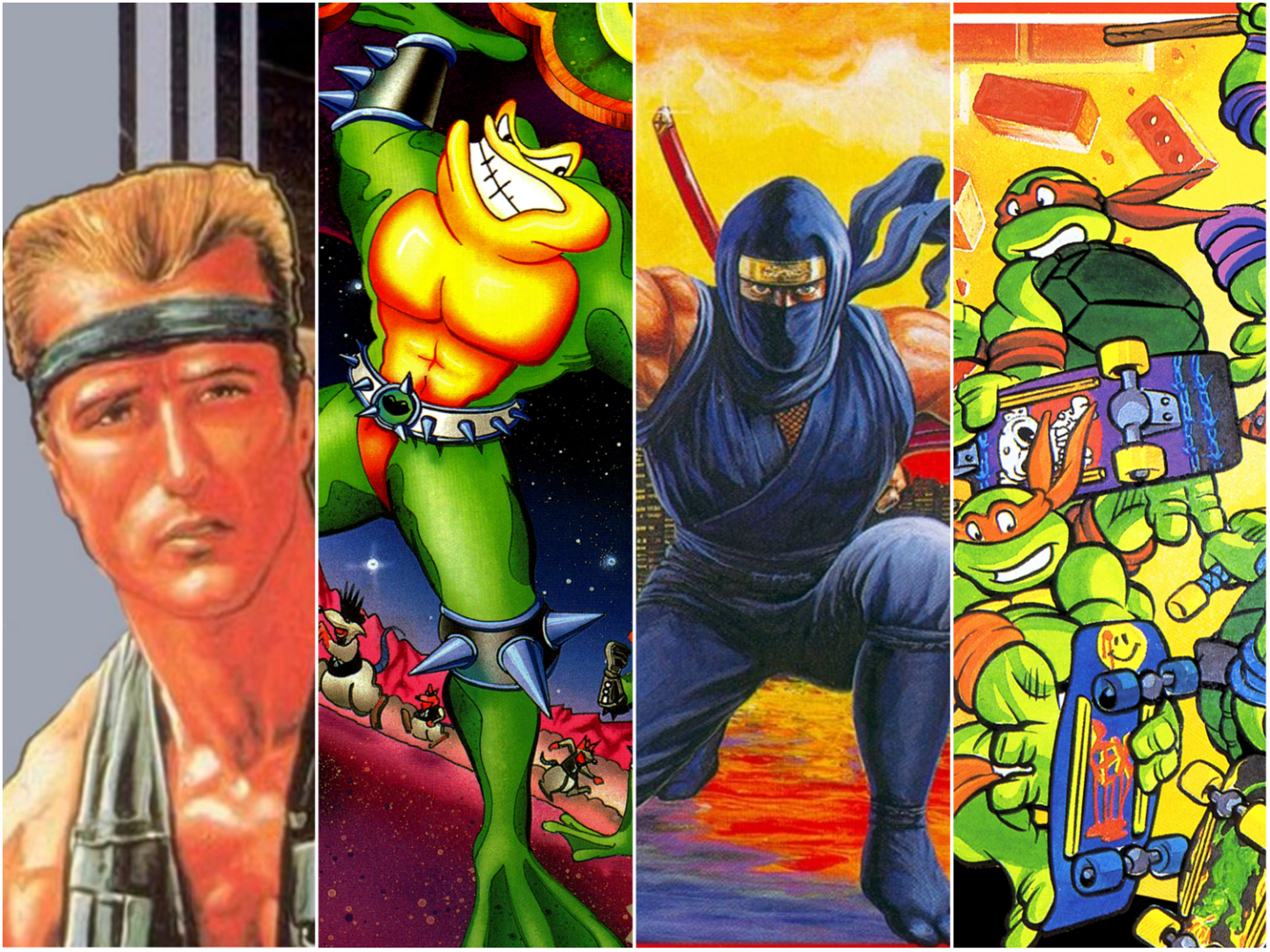 It’s always a little strange to think about just how difficult the average NES game really was. Of course, we now know that the exact difficulty level of some of your favorite NES games really depended on which version of that game you actually played.

Yes, at a time before the video game industry was nearly as standardized as it is now, developers would regularly release entirely different versions of the same game in various regions. While those different versions were usually the result of censorship requests, cultural confusion, or even copyright issues, some games were changed due to concerns about their difficulty level. While you probably know a few stories about some retro games that were deemed to be “too difficult” and were ultimately changed out of fear that people wouldn’t buy them, you may be surprised to learn that quite a few NES games were ultimately changed because their developers worried that they weren’t difficult enough.

Before we get to all of that, though, here are a few of the rules I followed when putting this list together:

With that out of the way, here are 15 NES games that had to be changed in some way because of their difficulty levels.

While Contra (or Probotector, depending on which region you grew up in) is still incredibly difficult regardless of which version of the game you’re playing, the Famicom edition of the classic shooter does offer an advantage that Western gamers did not get to enjoy: an additional cheat code.

Yes, the Japanese version of Contra actually included a stage select code that let players jump to any point in the game. It’s not clear why that cheat wasn’t featured in the Western versions of the game, though there were quite a few side-scrolling NES shooters that were simply made to be more difficult outside of Japan. For instance, the Japanese version of the Konami Code in Super C actually granted 30 extra lives rather than 10.

Sometimes, an NES game was intentionally designed to be easier or more difficult in certain regions. Other times, a game was altered in smaller ways that unintentionally impacted its difficulty in a big way. This is one of the most fascinating examples of the latter category.

If you’ve ever tried the U.S. version of Dragon’s Lair, you probably remember it as a pretty bad game that was plagued by various technical problems that made it nearly impossible to beat. Well, it turns out that many of those technical problems were fixed in the Japanese and European versions of the game. As a result, those versions of the game are significantly smoother and much easier to play. The game itself is still pretty bad, though.

This is a weird one.

What’s really strange is the fact that the jump attack in the Famicom version of Teenage Mutant Ninja Turtles: The Arcade Game is so powerful that it can kill most enemies in a single strike. It actually appears to be as powerful as your character’s special attack. On top of that, jump attacks are easier to pull off in the Famicom version than they are in every other version of the game. Honestly, I’m not sure if the developers meant for that attack to be quite that powerful. It pretty much trivializes the entire experience.

12. The Adventures of Bayou Billy

While some NES games were made more difficult for one region or another via somewhat subtle changes, other games were altered in ways that bordered on cruelty. For instance, consider the strange case of The Adventures of Bayou Billy (which is actually known as Mad City in Japan).

Basically, anything that can help you in The Adventures of Bayou Billy was made significantly less useful in the Western version of this game while everything that can hurt you was made significantly more powerful. This is just one of the most blatant examples of a game being made more difficult for Western audiences that I can think of. Those changes turned a game that was kind of challenging and somewhat forgettable into one of the most notorious examples of “NES hard.”

This is another weird example of a game’s regional difficulty being directly impacted by various technical shortcomings/advantages.

Because the Famicom Disk System version of Metroid allowed you to save your game rather than rely on passwords, you could argue that it’s far easier than the NES version of this classic title. However, the trade-off there is that the FDS version of the game requires you to start in Brinstar whenever you load your save. The NES version of the title at least lets you start in the area you entered a password for.

Interestingly, the FDS’ advanced technology also allowed Metroid‘s enemies to utilize randomized attack patterns, while the enemies in the NES version of the game reset their attack patterns when you reset your console. The fact that enemies are more predictable in the NES version means that it’s generally considered to be the easier version of the game.

For some reason, beat-em-up games for the NES/Famicom tended to be more difficult in the West than they were in Japan. For instance, the Famicom version of River City Ransom featured an “Easy” difficulty setting that was notably missing in the Western versions of the game.

More importantly, the Famicom version of River City Ransom let you disable “friendly fire” damage while the Western versions of this game let you beat the hell out of your poor partner if you chose to do so. Strangely, several items were also made more expensive in the NES version of this game.

As we’ve discussed in the past, there were many NES games that had to be “censored” in various regions for one reason or another. However, I believe this is one of the only times when a game’s difficulty level was directly impacted by the decision to censor it.

See, the Famicom version of this truly terrible game lets you visit a strange woman who can actually refill Jekyll’s stress gauge via…umm…some mysterious action that involves paying her money. Interestingly, though, that same character will instead sometimes attack you and steal your money instead. The NES version of the game removes that character entirely but oddly doesn’t replace them with any alternative way for the player to refill their stress gauge. That makes the NES version of this game much more difficult.

The fact that the NES version of Blaster Master only offers four continues while the Famicom version of the game (which is actually known as MetaFight) features unlimited continues means that the Western versions of this game are generally considered to be more difficult. However, there is one very specific part of this game that is significantly more difficult in the Famicom version.

The Famicom version of Blaster Master features an area that forces you to blindly leap into an apparent death gap. The only way to save yourself is to land perfectly on a tiny ladder that pops up right before you hit the ground. The game’s U.S. team considered that part of the game to be way too difficult and far too confusing. Against apparent protest from the game’s original designers, they decided to add platforms in the gap to make crossing it a bit safer and easier.

Despite typically being heavily censored, the NES versions of the classic Castlevania games were generally much more difficult than their Famicom counterparts. Actually, the NES version of Castlevania 3 could almost be considered a cruel experiment designed to test how much Western Castlevania fans were prepared to put up with.

In the Famicom version of Castlevania 3, different enemies deal different amounts of damage. In the Western versions of the game, every enemy deals the same amount of damage, and there’s a notable damage spike in the late stages of the game that makes every enemy significantly stronger. As if that wasn’t bad enough, the Western versions of the game also feature more enemies and replace a very useful flying dagger attack with a basic short-range dagger attack.

Battletoads is one of those games that is still pretty difficult regardless of which version you’re playing, but the difficulty differences between the NES and Famicom versions of this game are still pretty striking.

While a surprising number of NES games were actually more difficult than their Famicom counterparts, this is definitely one example of a game that was considered to be too challenging for Western audiences.

Simply put, the NES version of Mega Man 2 offers an easier difficulty mode (actually called “Normal” mode) that isn’t present in the Japanese version of the game. What’s interesting about this change is the fact that the original Mega Man didn’t offer optional difficulty levels and that the Mega Man 2 team decided to label what was essentially the game’s “Easy” mode as “Normal.” Actually, some future ports of this game would remove the difficulty options altogether, which I suppose suggests that the team considered the Famicom version of the game to be closer to the intended experience.

There’s really no such thing as an easy Ninja Gaiden game. Some are more challenging than others, but most entries in that franchise are rightfully considered to be among the hardest games ever made. Even still, Ninja Gaiden 3 is generally considered to be one of the absolute most challenging Ninja Gaiden games. In fact, those who played the NES version of that game may rightfully remember it as the outright hardest 8-bit action game they ever experienced.

2. Zelda II: The Adventure of Link

In recent years, more and more Zelda fans seem to be coming around to the idea that The Adventure of Link is actually one of the most difficult games in that franchise. Of course, the exact difficulty of the game kind of depends on which version of the game you played.

For the most part, the NES version of The Adventure of Link is slightly harder than the Famicom Disk System edition. At the very least, it’s much more difficult to raise Link’s stats in the NES version (due to increased experience caps), and there are a few additional enemies in the Western port that make the early stages of the game slightly more challenging. While the FDS version of the game does reset some of your character’s progress when you die (which is obviously more than a little annoying), I’d say the NES version is still a bit more challenging all the way through.

Honestly, this is probably the most famous example of a game being changed due to its difficulty. Not only was Super Mario Bros. 2 drastically altered for its NES release due to difficulty concerns, but I honestly believe this game is a big reason why many gamers grew up believing that Famicom games were actually harder than NES games (despite the fact that the opposite was often true).